Download Picture of North Korea Flag Outline for kids to color The national flag of the Democratic People’s Republic of Korea comprises three horizontal bands: the middle band is red… 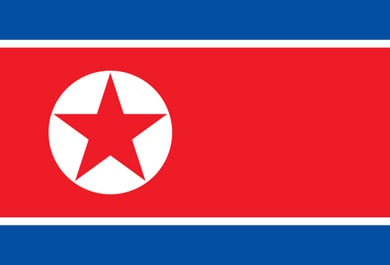 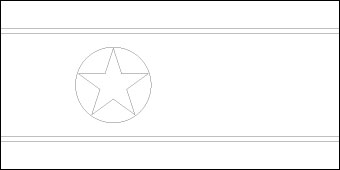 The national flag of the Democratic People’s Republic of

Korea comprises three horizontal bands: the middle band is red while the top and bottom bands are blue in color. The red band is bordered both above and below by a narrow white horizontal stripe. The red panel also bears a white disk that encircles a red five-pointed star. The red star stands for Communism and for the number of revolutions and battles fought for the freedom of the country.

The color red marks the revolutionary ideals and the patriotic spirit displayed by the country men during the fight for independence. The star also symbolizes the role played by the Korean Workers Party in making the nation a better economic and political power during the turbulent period of the Second Civil War.

The color white symbolizes homogeneous nature, purity, and transparency of the people of Korea. The blue bands are a representation of the nation’s independence and people’s desire to maintain peaceful relations with the progressive nations of the world.

The Democratic Republic of Korea’s flag was formally approved as the national flag on September 8, 1948. Prior to the separation of Korea into two separate nations, vis a vis, North Korea and South Korea, both the nations used the same flag, that is, the present flag of the Republic of Korea.

Where is North Korea?

Time-line of North Korea’s Conflicts with other countries