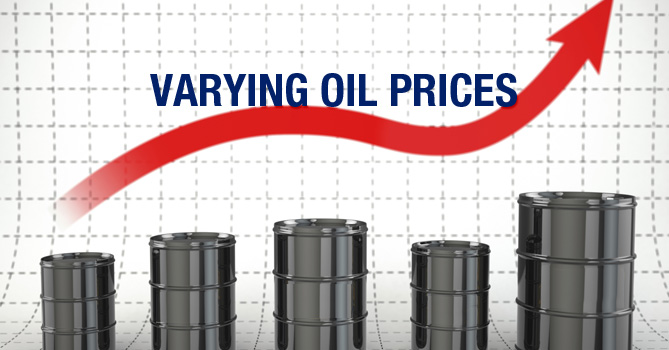 Oil is often referred to as Black Gold and with good reason. Oil has powered the industrial and transportation growth for the last 100 years ever since the discovery of oil at the Spindletop geyser in Texas in 1901. Although oil has been around for centuries, its commercial exploitation was triggered by the Spindletop discovery. Soon US emerged as the world’s largest producer and refiner of crude oil, fuelling both the First and Second World War.

With growing demand for oil, it soon emerged as the most sought after commodity and also became an instrument for political and economic leverage. The US was quick to secure contracts for producing and selling oil from new discoveries in the Middle East. As demand grew so did the price of oil and the biggest beneficiaries were the largest producers of oil, the US and Middle Eastern countries like Saudi Arabia, Iraq, Qatar, Kuwait and the UAE.

In 1973, the Middle Eastern oil producers, organized as OPEC, unilaterally decided to substantially increase the price of oil. This caused havoc to those economies that were dependent on oil imports but proved a boon for those selling it. And thus oil got its name as the Black Gold.

Today, the United States owes its high standard of living and economic power to oil, as it remains a major producer and consumer of oil. Any disruption to its oil supply or dropping of oil prices will substantially impact the US economy and therefore, securing and stabilizing the supply and price of oil remains on top of the US trade policy agenda.

Oil is the largest traded commodity in the world representing $ 1.451 trillion in value as was recorded by the end of 2014. Middle East countries together accounted for 43% of the total crude oil exports totaling a value of $623.9 billion in 2014.

The top crude oil exporters in 2014 were:

The top three importers of crude oil are United States, China and India, in that order. China is close to surpassing the US while the Indian demand for oil is soon expected to match or surpass China’s. From what used to be a supply controlled pricing has now shifted to a demand controlled pricing, with demand in countries like China and India impacting global prices.

China’s current demand hovers around 300,000 barrels per day whereas India’s demand is around 250,000 barrels per day and expected to further increase by 2016-17. China and India are driving global demand for oil and therefore will be key players in determining the international price for oil.

The price of global crude oil depends on the following factors which is beyond the control of any one country or company:

The current record low levels of global crude oil reflect excess supply by oil-producing countries. Saudi Arabia has been resisting international pressure from other oil-producing countries to cut back oil production in order to shore up crude oil prices to sustainable levels. With significant financial reserves, Saudi Arabia has been aggressively trying to retain market share at the cost of profits and is following an aggressive pricing policy.

To offer even better terms, the Saudis are now offering to export oil through their own tankers which should see a further reduction in oil prices for leading importers and refiners in China and India. Saudi Arabia is beginning to enter European markets which have traditionally been buying from Russia and this is forcing the Russians to offer even more attractive terms, which in turn is impacting its economy, already reeling from prevailing low prices.

Since 2012, the US has dramatically increased crude oil production and supply which has actually had a stabilizing effect on international oil prices and is also contributing to the prevailing low levels of price.

Although on opposing sides of the geo-political divide, Iran, too, has refused to cut back oil production and has instead increased production, further adding to the oversupply situation.

With Chinese economy slowing down and demand easing from other importing countries, barring India, the prices of crude oil is expected to remain at sub-$55 levels through 2016.

Internal pricing within countries depends upon the ability to refine crude oil and develop value added products, local taxes, export policy, and local demand. For instance, changes in global price for crude oil impacts the price of diesel and gasoline, which in turn has its own impact on economies.

There is a global debate ranging on the negative impact of fossil fuels on climate change and international opinion is fast moving towards reduction of dependency on fossil fuels. However, the demand for crude oil is going to grow for some more time before we begin to see a gradual reduction in demand. Till then, expect international crude oil prices to continue impacting global economies.
Read More: