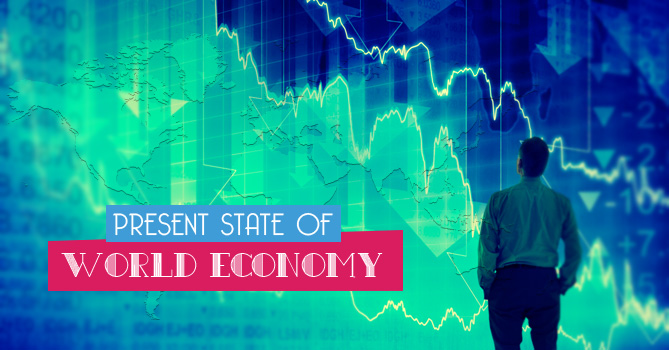 At the present moment the U.S. is perhaps the only country in the world in a favorable economic position. In fact, the conditions are such that a hike in interest rates could become possible come December. However, the world economy in general is in a far from healthy state according to Mark Weinberger, the CEO and Global Chairman of EY. He has also said that there is no definite possibility that the interest rates will be raised by the Federal Reserve but situations do indicate such a possibility. He has pointed to the present condition of the US economy to substantiate his statements.

Present Condition of the U.S. Economy

At present, according to Weinberger, there is significant uncertainty regarding the U.S. presidential elections as well. The conditions in the U.S. reflect a lot of stability. However, the interest rates, inflation, and energy prices are low at the moment. The rate of job growth in the U.S. is stable and the wages are slowly on the rise.

Reasons for the Present Global Condition

Analysts have put forward several possible reasons for the present condition of the global economy, which he has described using the words “fragile” and “fragmented”. They have cited the present situation with ISIS’ terrorism, the situation in Syria, and the devaluing of currency in China as being the major reasons as to why the global economy finds itself in a perilous state. They have further stated that the economies at present are going in different directions – a fact, which could be contributing to the current situation of the world economy.

Economists also look with interest at the monetary policies being followed by various countries. Europe, at the moment, is focusing on quantitative easing, while the U.S. and the UK are considering the possibility of raising interest rates. China and Japan are right now emphasizing on liquidity. The present situation is being further made worse by the fact that economists are yet to come to a consensus regarding the poor recovery of world economy from the slowdown that happened 7 years back. This is why they are also unable to find out ways as to how the world economy can come out faster from this.

In October 2015, the IMF reduced its own growth forecast and stated in its half-yearly report on economic outlook that it has yet not been possible to return to a system where a strong and well-coordinated economic expansion around the world can be achieved. In fact, it had stated that such a return seems to be eluding world economy at present. As per IMF estimates so far in 2015 the global GDP has increased by 3.1%.

Ever since the Great Recession struck in 2009, this remains the worst performance. The more worrying factor is that the trend is heading in a bad direction. In 2014, economists for IMF had predicted a growth of 3.8% for the year. In July 2015, they had predicted that in 2016 the global GDP will grow by 3.8% as well. However, now that has come down to 3.6%. In a Bloomberg survey, economists have predicted the rate to be 3.4%.

So, even as 2016 is on the horizon, around the world investors face tectonic changes in global economy. The central bankers in the U.S. now oppose their European counterparts. The US Federal Reserve is mulling the withdrawal of financial support and the European Central Bank is maintaining just the opposite stance by continually providing money. If the U.S. is able to raise rates it will mean that the economy is doing well but not many people over there are happy. The powers-that-be are trying their level best to resuscitate the economy but their efforts have failed remarkably, it seems.

There are so many debates regarding possible global policies that the situation appears to be messy. There are two predominant schools of thought. One is a lot more traditional. It says that the world is facing the aftereffects of a long-term post-debt crisis and the cyclical developments in the commodities markets have only contrived to make the situation even more convoluted. If a bit more financial injection can be managed and if more time can be availed to stave off deflation everything will be back to normal. The second school of thought says that the world economy is getting to a place, which is fundamentally different from what one has seen so far.

This school of thought, regarded as the darker one, says that in this place the behavior of economic problems like unemployment and inflation are a lot different from what they used to be. This is a world where the central banks of developed markets have spent at least $7 trillion for quantitative easing. However, they have done nothing to allay fears of deflation. Bob Michele, the Chief Investment Officer of J.P. Morgan Asset Management, says that inflationary pressures are hard to find anywhere these days and this is not expected in a situation where recovery has been going on for 7 years. Michele says that this is why things seem to be different this time around.

Situation in Eurozone, the U.S. and China

At the Eurozone the consumer prices have not increased in the last year. In fact, at times, it has gone down. In the last 4 years, deflation has become normal. In the U.S., Janet Yellen, chairperson of Federal Reserve, has stated that her target is to achieve an inflation rate of 2%. However, not everyone is convinced by the same. The IMF predicts that in 2016, Eurozone, Japan, and the U.S. will see an inflation rate of 1%. This shows that perhaps the stimulus being provided by the central bank in the U.S. is not as effective as originally intended.

The main culprit in this case is the commodity prices. However, they are not going to get any better in 2016. An analysts’ survey, conducted by Bloomberg, has revealed that in 2016, the benchmark prices of crude oil in the U.S. will be around $55 per barrel. This is close to the average for 2015. A few years back when China’s economy was doing well it had helped to get energy and metal prices to record highs but now it is under strain as well. The Chinese Government is attempting to focus on consumer activities from growth, which is dependent on exports.