Also known as the Irish tricolor, the flag of Ireland was adopted in 1919 during Ireland's war of independence. The Irish flag is made of three rectangles: green, white, and orange. Also, download a picture of a blank Irish flag for kids to color. 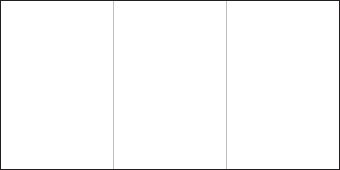 Download Picture of Ireland Flag Outline for kids to color

The Ireland flag consists of three equally sized vertical strips of green, white, and orange. The flag’s green stripe goes on the hoist side, the white in the center, and the orange on the outside, or fly. The Irish flag has a ratio of 1:2, meaning it is half as wide as it is long.

The colors of Ireland’s flag carry historical significance. The green is a reflection of the Society of United Irishmen, a republican organization during the 1790s. The orange, on the other hand, is a representation of supporters of the House of Orange, who settled in Northern Ireland in the seventeenth century. The white between the green and orange is a symbol of peace between the two sides, reflecting Irish independence and the union of the people of Ireland. The green on the Irish flag also stands for the native people of Ireland, the Friendly Brothers of St. Patrick.

History of the Irish Flag

From about 1642, Confederate Ireland’s flag was green with a golden harp. During the Glorious Revolution of 1688, the Orange Order of Anglican Protestants opposed the United Irishmen, who were represented by the color green.

The three colors were joined together as a symbol of unity starting around 1830, though not widely accepted until 1848. It was not until Easter Rising in 1916 that the tricolor flag was considered the national flag, and with the passage of the Constitution of Ireland in 1937, the tricolor became the official national flag of Ireland.

Since Northern Ireland was partitioned from the rest of Ireland in 1921, the flag has been seen by northerners as a symbol of division rather than unity and the people of Northern Ireland usually fly a different flag.