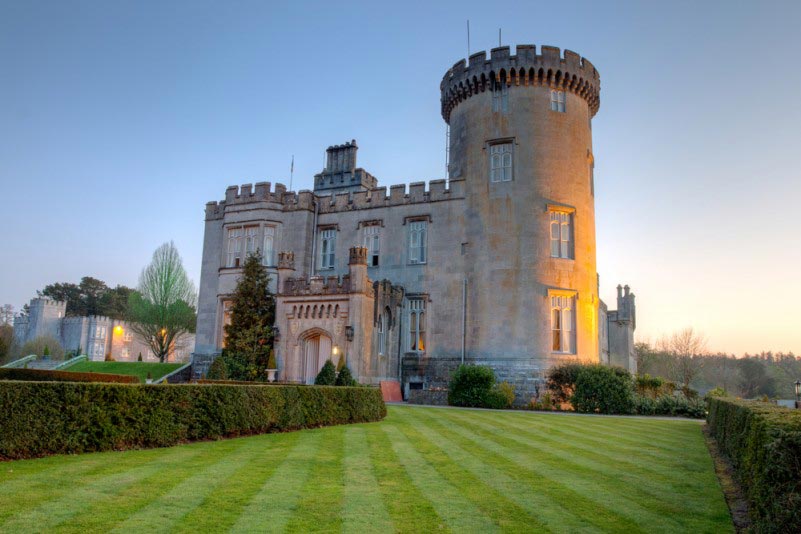 Ireland, a country in Europe, is an enchanting place with its scenic locales and glorious past. This country comprises of four provinces and there are a number of counties in every province:

Leinster has 12 counties in the south-east Ireland

Munster having 6 counties in the south-west Ireland.

Tourists who arrive here in Ireland need travel guide when they make a tour of the counties as in this country the provinces have special names assigned for promoting tourism. Provinces instead of called by names are called as “Sunny South East”, “The West”, “The North West”, “The Shannon Region”, and “The Midlands”. So, when you come here, be sure of the county names, cities, towns, rather than thinking of which province you are making a tour.

Some of the places which must be included in your tour itinerary are:

Ireland is called the land of sublime nature beauty and rich culture. This country, with its varied beauty, attracts a bulk of tourist every year. There are some highly developed Airports in Ireland. These airports not only give better domestic services, but also praiseworthy international services.

The major airports of Ireland are:

Ireland airlines are mainly from Australia/New Zealand, Europe, and USA/Canada. People from the rest of the world may adopt routes to UK for Getting to Ireland.

The Airlines flying from Ireland are:

Trains are second best means to reach Ireland. Here the network of rail tracks reaches to every region of the Island. In the capital city of Ireland there are two central stations. The Heuston Station is in service of the south and west region and the Connolly Station is in service of the north and the north west of the country. In Belfast, the Great Victoria Street Station is the center of rail travel in Northern Ireland.

Bus Eirean, the Ireland’s national service and Ulster Bus are helpful for the tourists to go round the city. You may also take a rental car and roam about the country according to your will. Cars can be hired from the Irish car rental reservation system.

Ireland can be reached by flights within few hours. For getting to the tourist destinations across the country trains, bus, car, and taxi offer convenient and cheap journey.

Ireland has several well-developed airports from which numerous flights take off for other countries and on which numerous flights land from different corners of the world. Aer Lingus is the official airlines of Ireland. It operates a good number of flights to UK, US, Canada, The long-haul division of Aer Lingus serves Boston, Chicago, Los Angeles, New York, and Dubai. It operates 41 Airbus Aircraft which serve Europe, North America, and the Middle East. Apart from this, there are several other airlines giving international as well as domestic services. Some of them are Delta Airlines, Aer Arann, Bmibaby, etc.

Bus is another convenient means to reach your destination across the country. Bus Eirean the Ireland’s national service and Ulster Bus are helpful for the tourists to go round the city.

Rented cars are also available to travel in Ireland.

Situated on the outskirts of western Europe, Ireland is acclaimed for its history, culture, geographical beauty, and youthful energy. Every year a large number of tourists come to visit this land of saints and seers. The people of Ireland are widely known for their congeniality and hospitality. Their real pleasure is in getting together and take part in some social celebration. Apparently if you come, you will get abundant choices to enjoy.

The Great Fishing Houses of Ireland, established by the National Cooperative Marketing Group have 21 of the best game fishing establishments in Ireland. Here you may get the real excitement and vigor of fishing.

Horses are the real passion among the Irish people, so you may have intended opportunity of horse riding. You may ride on country lanes or mountain tracks and the beach at Waterville or on the golden beach of Rossbeigh.

The people in Ireland are fun loving. They have a long list of colorful festivals. Listowel Writers Week is celebrated from May 30 to June 30. It is the first festival in honor of writers. The cat Laughs Festival, Kilkenny is the best comedy festival in the world. Colonel Junction is another important festival of Ireland.