Andorra political map marks the parishes, international boundaries and the capital of the country. The capital is Andorra la Vella. The parishes are Encamp, Canillo, Ordino, Les Escaldes, Sant Julia… 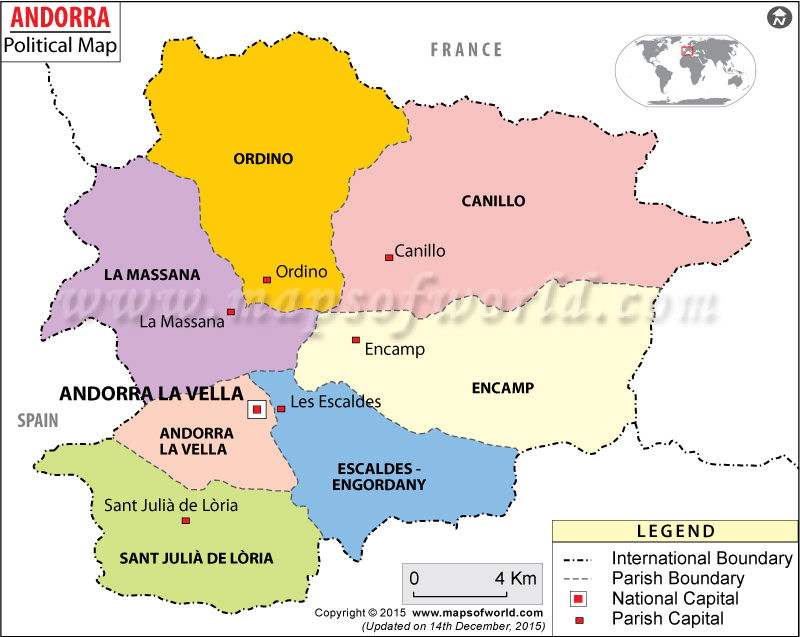 Andorra is located at 42°30’N latitude and 1°30’E longitude. In the map of the country, the international and province boundaries are also indicated.

Andorra is a small European country, located in the western part of the continent near to the Eastern Pyrenees mountain range. The country is surrounded by France and Spain.
It is spread over a total of 462 Square Kilometers area. Andorra political map marks all the political divisions of the country. The capital of the nation, Andorra la Vella is marked with red color in the map.

In the printable map of Andorra the major cities are marked with black dot. The cities include:

The major cities and towns which are situated around Andorra la Vella are Llumeneres, Les Escaldes, Santa Coloma, Sispony and Anyos.