Theatre of Marcellus in Italy 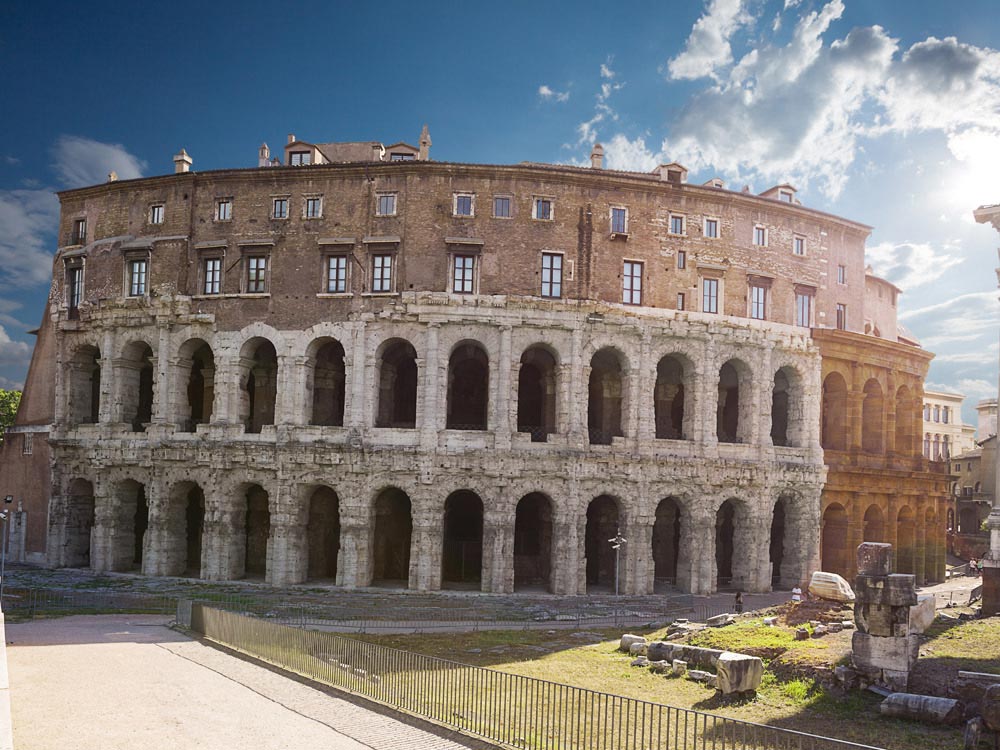 The Theatre of Marcellus is one of the most spectacular sights in Rome which depicts the rich past of the two thousand years of Roman history. Every year thousands of travelers from all parts of the country assemble here to enjoy the ravishing beauty of the one of the most premier tourist attractions in Rome. The Theatre of Marcellus is also called Teatro di Marcello. The Roman Emperor Julius Caesar got the space cleared for the grand structure in 13 BC. However, he was assassinated even before the construction began. Augustus, the first Roman Emperor who took pride in claiming that he had found Rome in clay, but left it in the grandeur of marble, completed the construction of the theater.

After finishing the construction of this theater, Augustus dedicated it to his favorite nephew Marcellus, but unfortunately Marcellus died at a young age, and was the first one to be placed in Augustus’s mausoleum. Gradually, when the days of bread and circuses were ultimately replaced by days of raids and sackings, the gorgeous structure by the river gained immense prominence due to its strategic position. The Teatro di Marcello was commandeered by the Fabi family who constructed a fortress on top of the arches, but later on the theater came into the possession of the Savelli and Orsini families. It was only in the sixteenth century that the theatre was transformed into a palazzo.

Presently, if you gaze at the Theatre of Marcellus, you will come across high arches of the ancient theatre, medieval fortified walls and the more classy additions of Italian architect and painter Baldassare Peruzzi, who was responsible for converting the theater into a Renaissance palazzo. In the near past the palazzo has again been revamped into luxury apartments so it is practically impossible to get inside the building unless you know one of the residents of the building. But there is nothing to get disheartened about as the archeological area around the base usually remains open during the daylight hours. The visitors can also roam around the great arches which remain scattered around the archaeological remnants and during the summer time piano recitals are held here. 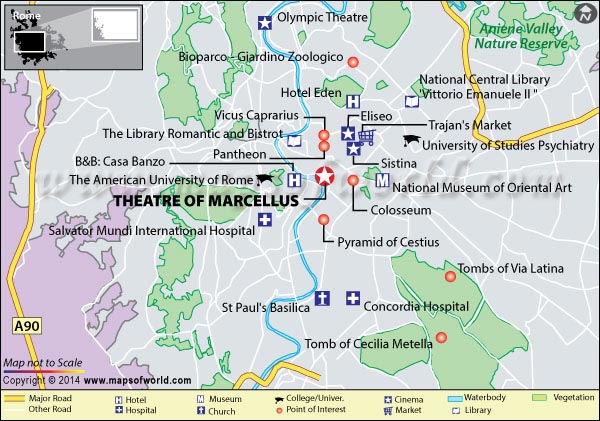 Location Map of Theatre of Marcellus in Rome, Italy

Facts about Theatre of Marcellus

Where is Theatre of Marcellus ?

The theater is situated on the Via del Teatro di Marcello downhill from the Capitol on the way to the Mouth of Truth. It is located at a distance of around 15 km from the Ciampino Airport. Colosseo and Circo Massimo (line B) are the closest metro stations.

Spring season is the best time to visit the Theatre of Marcellus in Rome.

As the theatre is viewed from the roadside, there is no entry ticket to the Theatre of Marcellus.

More about Theatre of Marcellus