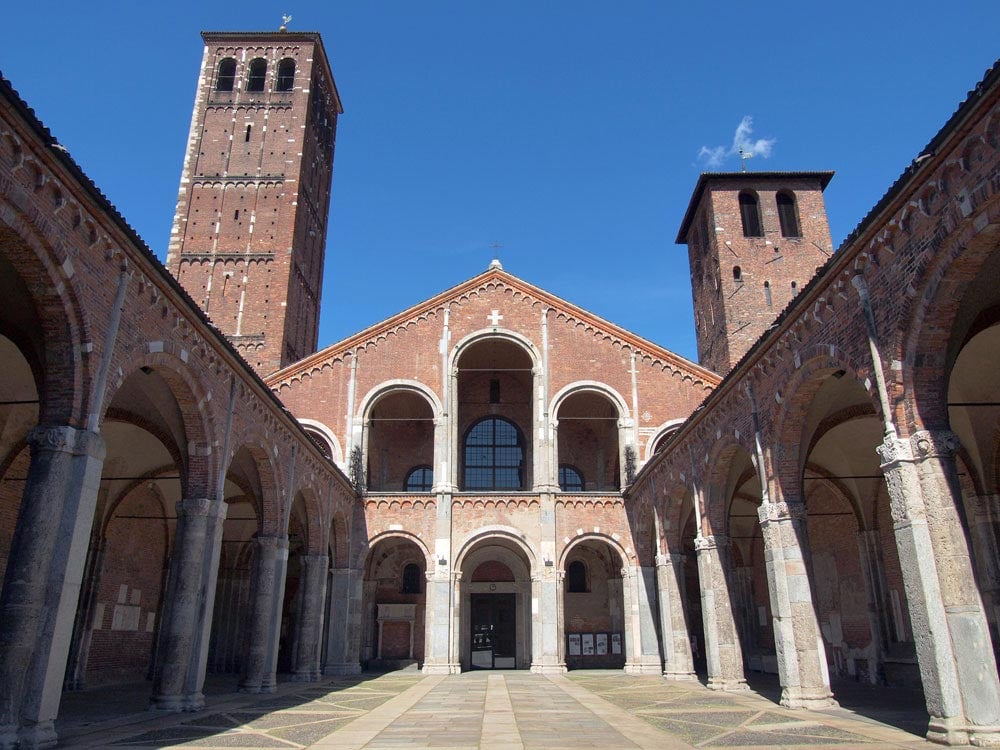 The Church of Sant’Ambrogio in Milan, Italy

The Church of Sant’Ambrogio is one of the most eminent tourist attractions in Milan, which has received widespread acclaim from tourists. The church is also the resting place of Milan’s patron saint, Sant’Ambrogio (St. Ambrose); who lies in the crypt in a marvelous silver and crystal reliquary. Ambrose became the Bishop of Milan in 374, but he is believed to be more of a diplomat than a churchman, and he earned wide spread fame for his oratory. Ambrose came to exercise considerable political power and was a significant figure in the development of the Christian church.

The major parts of this church trace their origin to the 11th century. There is an adjoining sunny courtyard on the front side of the church, and visitors’ can appreciate the two beautiful bell towers of the church from this place.

The church exhibits intriguing examples of religious art. One of the most ancient artifacts in the church is the sarcophagus which remains incorporated into a later pulpit. The history of the huge marble memorial dates back to around 385, and it is said to have been dedicated to a Roman military official. Another striking attraction within the church is the Romanesque pulpit which dates back to 1080. 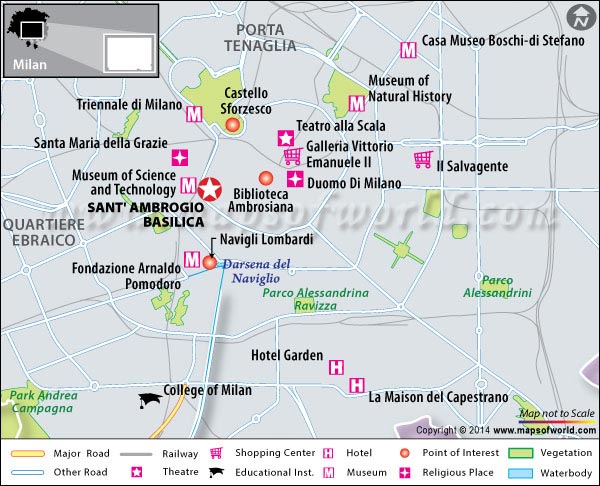 Where is Sant' Ambrogio Basilica?

The Church of Sant’Ambrogio is located in Italy. It takes around three hours by car to reach the church from Aeroporto Marco Polo in Venice.

The months from April to May or September-end to October are the ideal time to visit the Church of Sant’Ambrogio.

Admission to the church is free. The entry ticket to the museum costs €2.00.