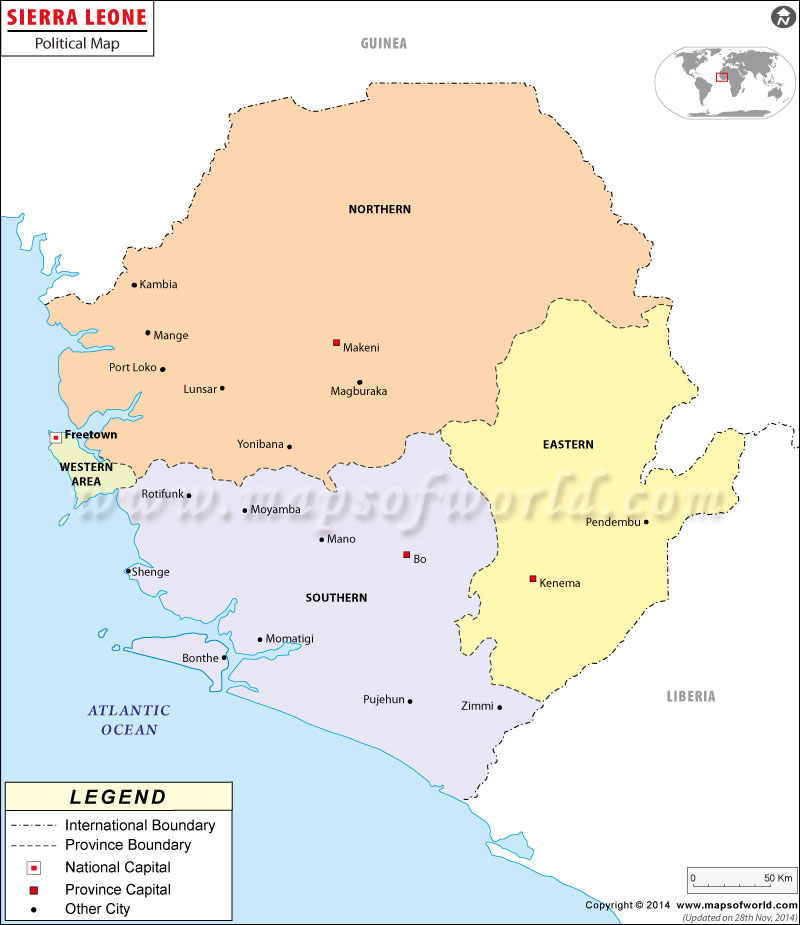 Sierra Leon, which is an African country, follows constitutional democracy. The country is also known as Republic of Sierra Leon. The country attained independence from United Kingdom on 27th April 1961. In the political map of Sierra Leon, the capital, provinces, internal and international boundaries have been indicated in a clear format. The symbols are explained in the legend box below the map.

The total area covered by Sierra Leon is 71,740 square kilometers. Sierra Leon terrain is characterized by swamps of mangroves in the coastal belts. Mountains and plateaus also constitute the terrain of the country. About 7.95% of the total land of the country is arable.

Sierra Leon Capital
The capital of Sierra Leon is Freetown. The national capital is marked in the political Sierra Lone map by a red square box with black outline. Freetown is also the major port of Sierra Leon and the largest city of the country. The geographic coordinates of Freetown are 8° 29′ 24″ North latitude and 13° 14′ 3″ West longitude. The altitude of the capital city is 252 feet. Freetown is served by Freetown Airport. The education system of the capital city is modern and updated and there are many places of attraction at Freetown.

Where is Sierra Leone Located

Where is Sierra Leone Located