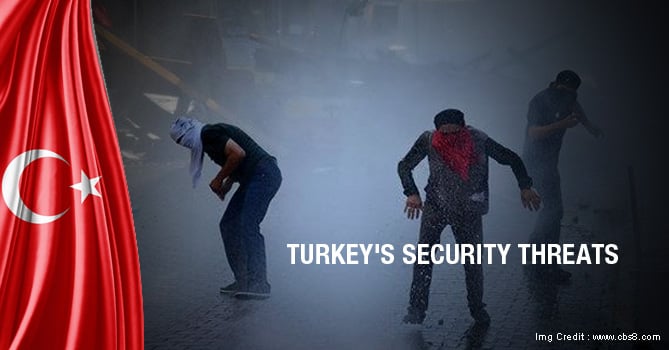 When the emergency workers at the explosion site close to Kizilay Square were picking up the severed body parts and pieces of machines, the Turkish President Recep Tayyip Erdogan was talking about “bringing down terror to its heel.” Forgive me for the cliche, but the job is easier said than done. While the rest of the world can read Sunday’s event as a car bomb attack in the capital city of Ankara, the people of Turkey know that its’ a part of a more malicious design that might be unveiled in the coming days. And they are terrified.

The attack on the key commercial hub close to the embassy area that killed at least 34 and wounded around 125 may make Turks ‘resilient’, as the President would have liked to claim, but it would seriously fuel their sense of insecurity.

Series of Terror Attacks in Ankara

Ankara has been attacked time and again. It’s akin to challenging Turkey’s security apparatus and its ability to weed out terror groups. Erdogan’s claim of ‘extraordinary’ security arrangement has been proven wrong, repeatedly. Turkey, especially Ankara, has been hit by a spate of deadly attacks since the fall of 2015. In fact, Sunday’s attack was the third major blast since last October. On October 10, 2015, a peace rally near Ankara Railway Station was bombed by alleged Islamic State (IS) militants. At least 103 lives were lost. Few months later, on February 17, a suicide car bomb exploded in Ankara with an intention of causing heavy casualty to the military. The attack killed at least 29 people and injured 81 others.

Similarities between February 17 and March 13 Attacks

The Kurdistan Freedom Falcons (TAK), linked to the PKK (insurgent group), had claimed responsibility for the car bombing on February 17. The blast near the military headquarters and parliament was planned in such a way that out of 29 people killed, most of them were soldiers. According to police, there’s some similarity between Sunday’s attack and the attack on February 17. To harp on the specifics, the explosives used for yesterday’s attack were the same as those used on February 17. In both the attacks, the bomb had nails and pellets to cause maximum damage.

Turkey should be honest about its security challenges. That’s the fist step toward realizing that they are still inept. The country will do well to accept the fact that it faces twin security threat – Islamic State and Kurdish rebels. While the country is fighting Islamic State in neighboring Syria and Iraq, it is equally hard-pressed when it comes to conquering PKK militants in its southeast.

It must be mentioned that the two-year ceasefire between the government and Kurdish rebels ended in the middle of 2015 and the security forces had waged a campaign against the PKK in the southeast since December 2015.

Threats from PKK and TAK

The Kurdistan Workers Party (PKK), a left-wing militant organization, has been waging an armed struggle against the Turkish government since 1984. The PKK aspires to gain cultural and political rights and self-determination for the Kurds. The group abandoned its original idea of establishing a Marxist–Leninist state in the region and started operating on the lines of a rebel group disgruntled with the establishment. Turkey can’t turn a deaf ear to the recent announcements by the PKK wherein the group revealed that it had formed a united front with nine armed far left organizations to take on the country.

The Kurdistan Freedom Falcons (TAK), which is linked to the PKK, has also been doing its bit to launch offensive. The February bomb attack was an act of revenge against the Turkish combing operations in the southeast of the country. The NATO member needs to grow wise to address these internal security challenges.