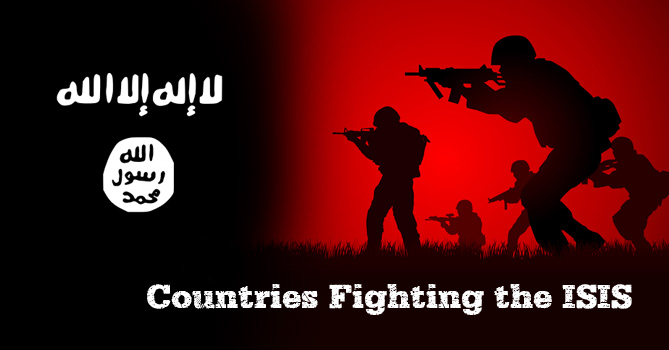 ISIS as a militant organization came into existence in the power vacuum in Iraq once the US began its withdrawal. What started off as a fight for power in Iraq has now spread as a wider movement with an ambitious plan to establish a Caliphate in a wide region that covers several countries of the Middle East.

The complex web of relationships and shifting alliances in conflict areas of Iraq and Syria is being further complicated by external involvement and thereby delaying the process for a political resolution. The ISIS problem is also an outcome of larger rivalry in the Islamic world led by Sunni-dominated Saudi Arabia on one side and its counter influence Iran – a Shia dominated nation.

Saudi Arabia and Qatar are known to be financing ISIS, which has also received a lot of financial and material support from Turkey and Egypt. What is less mentioned in the Western media narrative is that ISIS has been receiving tacit support from the United States and Israel, both of which have been supporting it with training and equipment. But officially, they remain opposed to ISIS. The US has relied on support from the UK, France, Germany, and from states like, Jordan and Lebanon, who have their own reasons for being involved.

For several decades, the US has been working towards removing the al-Assad family from power and sees this as the best time to push forward its agenda, albeit with support from groups like ISIS and other rebel groups opposed to the al-Assad led Alawite dominated government in Syria.

The Free Syrian Army (FSA), a leading rebel group fighting Assad, is also opposed to ISIS intervention in Syria and its attempt to take greater control. But FSA has not been successful in taking on Assad and therefore, the US has been forced to tacitly support ISIS in the hope that they would be able to put up a more credible resistance.

The matter gets complicated with the involvement of Iran-backed Shiite fighters who are backing Assad in his government’s fight against groups like FSA, al-Qaida-backed Jabhat al-Nusra, and ISIS. The Sunni Islamist groups are vehemently opposed to Christians and Alawites in Syria and their hatred surpasses their contempt for Assad. As a natural outcome, Assad has support of various factions within Syria that are opposed to the extreme Islam being propagated by groups like ISIS and al-Nusra.

Involvement of the Kurds

While Turkey has been strongly opposed to any Kurdish revival of militancy, it is now extremely concerned about the Kurds digging into the eastern and northern parts of Syria. Turkey is keen to get directly involved in the conflict, but their reasons are more to do with Kurds than with Assad’s removal, which they have been seeking for long. However, domestic politics is holding back Turkey, at least for now.

The US which till now has been vehemently opposed to Iran, finds itself getting closer to the Iranian position in opposing ISIS expansion in both Iraq and Syria. In Iraq, the main fight against ISIS is being led by Iran-backed Shia fighters, along with Iraqi Kurds. The US is now supporting and arming both to contain ISIS. In fact, Iran’s involvement in Iraq is now at its peak, a situation not seen since several hundred years.

Contradicting positions of US and Turkey

The US has been supportive of the Sunni-backed ISIS, but now has to rely on Shia fighters to take on ISIS. Should the ISIS ever be defeated in Iraq, how would the US then control various Shia-backed groups on one side, and Kurdish fighters on the other, both of whom have been heavily armed by the US.

Turkey is a key NATO ally of the US, so how will the resulting Kurdish demand for an independent Kurdistan affect relations with Turkey, especially since the new state will involve parts of that nation? These are amongst several unanswered questions yet to be addressed in Iraq.

Same is true for Syria. How will various groups accept a political settlement when they are deeply divided within themselves based on deep rooted cultural, religious and sectarian rivalry?

In the aftermath of the Paris attacks, the situation has become even more tenuous. France has now committed itself to more direct involvement against the ISIS in Syria, as has Russia, in the aftermath of the shooting down of the Russian passenger plane. Bashar al-Assad has been a key ally of Russia and also happens to provide Russia with their only Naval port and access to the Middle Eastern waters.

Although Russia and Iran find themselves on the same side in supporting Bashar al-Assad, Russia is now moving closer to the US and Western position on a political settlement in Syria. The Russian position is that they will support free elections and will respect the decision of the local people. President Putin is confident that Assad enjoys wide local support given the deep divide amongst various factions in Syria opposing Assad. The US and their allies, including Saudi Arabia and Qatar, want Assad to go.

ISIS has been surviving on revenues raised from illicit sale of oil from several refineries they control. The grey market buyers include the Assad backed forces, elements within Turkey, Iraq and even Israel, all of whom have been accessing the illicit business of oil at cheaper rates, while ISIS has found itself a steady revenue stream, besides the regular funding it receives from the Saudis and Qataris.

The US-backed alliance is now trying to cut-off supplies of oil and this is beginning to hurt ISIS. If the US can prevail upon the Saudi Arabia and Qatar to stop funding ISIS, it will be a matter of time before ISIS is crushed militarily. Dealing with the aftermath of ISIS will be another challenge.