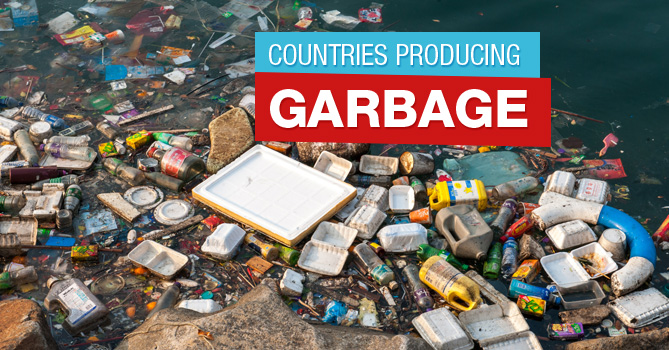 Municipal Solid Waste (MSW) has emerged as a serious global concern with direct impact on human health and environment. The definition of municipal solid waste differs as countries classify according to their own interpretation. As per World Bank, it includes all non-hazardous waste generated from residences, commercial businesses and institutions, along with non-hazardous industrial waste, agricultural waste produce, and sludge produced from sewage.

The World Bank released a report titled ‘What a Waste: A Global Review of Solid Waste Management’, which looked at the current level of MSW generated with future projections. The report highlights the seriousness of the emerging problem in developed, developing and under-developed countries.

With rapid urbanization of large countries like China and India, the volume of MSW generated poses a major challenge for implementing an effective global waste disposal program.

Germany is the only country from the above list that is expected to see a reduction in both per day turnover and per capita turnover by 2025.

Of the above countries, China, Brazil and India have large populations and therefore, the per capita numbers matter. By 2025, China will witness the maximum per capita increase in MSW followed by Brazil and India, respectively. China faces the most serious problem, as it will become the world’s largest generator of MSW at 1.39 million tonnes per day by 2025.

While landfill seems to be the most popular, availability of land in most countries and its future impact on the soil and environment is causing a major concern. With growing dependence on plastic and other inorganic materials in daily life, the global community will have to come up with sustainable and environmentally friendly solutions, at the earliest.