Home » 5 Most Famous Roman Amphitheaters Around The World

5 Most Famous Roman Amphitheaters Around The World

The word 'amphitheater' brings to my mind the image of a somber Antony delivering his famous speech at the death of Caesar. It also brings to mind gladiators, Minotaurs and flashes from the chariot races in Ben Hur. Yes, the amphitheater conjures to mind all that was stately and Roman, elegant yet raw.

Roman amphitheaters were built to delight a spectator. These amphitheaters were massive platforms that descended to a huge central space in which spectacles were held, and stepped up rows of seats from where onlookers could cheer for and often jeer at the performers below.
Relics of Roman amphitheaters that are extant today continue to inspire awe among people who see them and are increasing in popularity as a destination to visit.

Originally known as the Flavian Amphitheatre (since it was built by the Flavian family) the Roman Colosseum is easily the biggest and most famous of all Roman amphitheaters. Its opening ceremony is said to have lasted for a hundred days and saw the killing of hundreds of men and thousands of animals. Sadly, it was considered a sport in those days.

What remains today is just the shell from which we can get an idea of the monument's glorious past. The Colosseum could seat around seventy thousand viewers. It was made of stone slabs almost white in color, and had four floors. The second and third floors were decorated with beautiful statues befitting the majesty of the Colosseum.

I could tell you all the interesting facts about the Colosseum, but this is a place that is soaked in Roman history and needs to be seen and experienced. 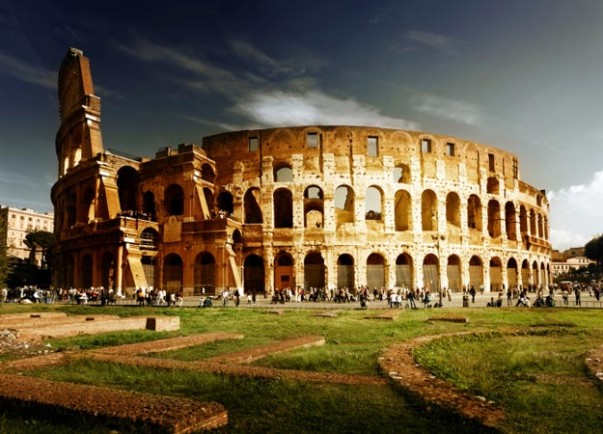 Colosseum - The biggest and most famous of all Roman amphitheaters.

The Roman arena in Arles, is one of the most prominent tourist attractions of Arles, and is still used as an amphitheater today. The bullfighting festival called La Feria d'Arles that takes place here in April every year is a major attraction. If you arrive here in summer, you may also be able to view the plays and concerts that are held here. What an other worldly experience it would be to sit in the very place where the Romans had sat thousands of years ago, and look down on the same arena that had hosted some of the bloodiest fights ever.

Aquincum- erstwhile Budapest, was the Hungarian capital during Roman times. The ruins of this city give a fair idea of the thriving life the city once held within its walls.

Aquincum had two amphitheaters- the Aquincum Civil Amphitheatre and the Aquincum Military Amphitheatre. The latter being the greater of the two obviously played a more important role in the cultural life of the citizens of Aquincum.

When you are in the beautiful town of Budapest, visit the ruins of these amphitheaters along with other architectural ruins, to get a feel of how advanced Roman architecture was, even back then. 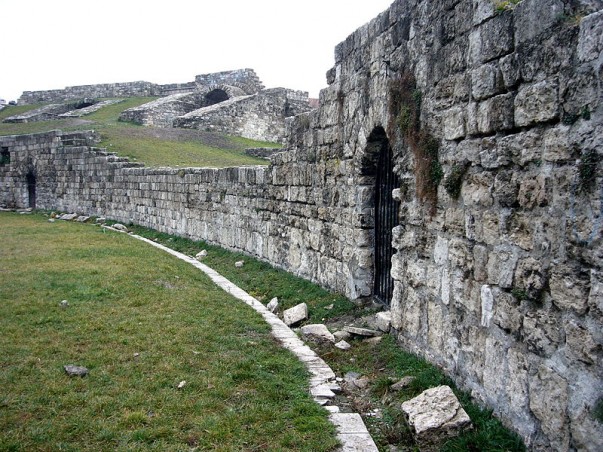 Explore the magnificent ruins of the Roman Amphitheater at Aquincum.

The ruins of the Capua, in Italy, is a testimony to what Roman architecture had achieved – even way back in the 1st century AD or possibly even before that. The construction of the Capua is said to have predated the construction of the Colosseum in Rome.
Capua had everything starting from stairways, ramps and even elevators. These elevators brought gladiators and animals up from their locked cells to the fighting arena.

Just as I am awed to see the wonders of engineering that had prevailed in the Roman times, so am I also distressed to see the use to which the technical acumen of the Romans were put. Elevators that we happily ride today to reach the tallest floors of skyscrapers, must have been a dreaded sight for the poor gladiators and animals who were forced into bloody fights just for the entertainment of the gore-loving onlookers. 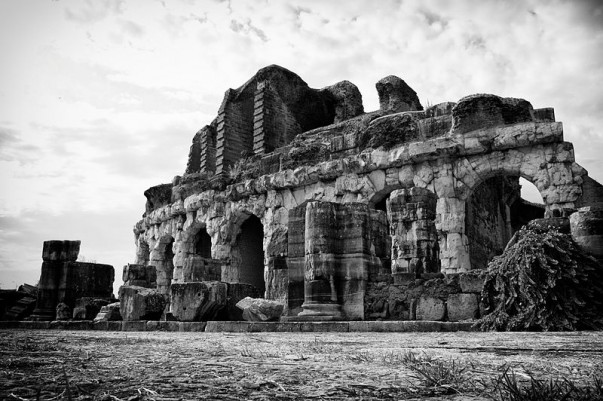 Capua Amphitheater - a testimony to the achievements of Roman architecture

This amphitheater is famous for being the site at which scenes from the Oscar winning movie Gladiator were shot. The 1979 film Life of Brian was also shot here.

In size, the amphitheater at Thysdrus comes in third, right after the Colosseum and the ruins at Capua. With a seating capacity of 35000 the amphitheater till today, can give an idea of what it might have been in its days of glory. Stones from the amphitheater have been used to build the nearby village of El Djem and the mosque in Kairouan. So you can make a trip to these places as well for a better understanding of the history and architecture of the region.

This amphitheater has also been declared a World Heritage Site by UNESCO. 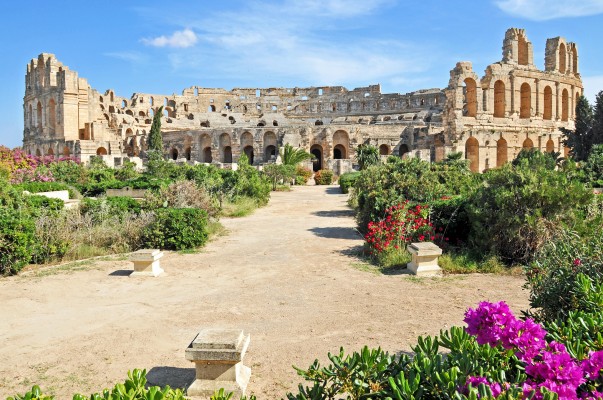