Introduction Wales is one of the regions of the United Kingdom; as you can see on the given Wales map that in the eastern side it shares boundary with England,… 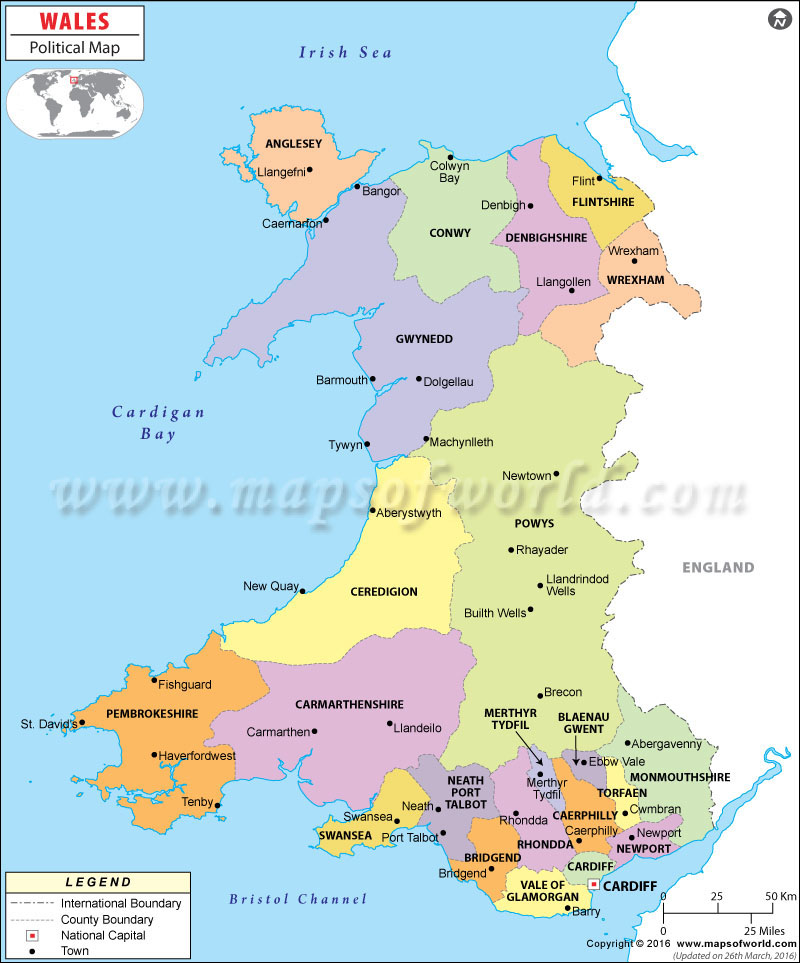 Wales is one of the regions of the United Kingdom; as you can see on the given Wales map that in the eastern side it shares boundary with England, however, Atlantic Ocean makes coastline with Wales from west, north-west, and south-west with the names of Irish sea in the north, Cardigan Bay in the west, and Bristol Channel in the south. The Wales political map contents much information about the first order administrative divisions of Wales with some of the important cities of each division.

Wales is divided into 22 councils, which is shown in the given Wales political map with different colors. The significant point noticeable on the given map of Wales is the city Cardiff i.e. highlighted with unique symbol because Cardiff is the capital city of Wales.

Officially, Wales has two languages i.e. the native Welsh language and English and both languages have equal status. However, with estimated 3 million population, merely (around) 20% people speak Welsh language. As one can find on the Map of Wales that the southern Wales is densely populated region; hence, the region is more developed. The capital city Cardiff is also located in this region. Besides, airport, sea-port, and other road transportation are well developed in this region.

Moreover, for the tourism purpose, the Wales map is much significant in UK; some of the popular tourists places in Wales are St Winefride’s Well (it is one of the seven Wonders of Wales), The Steeple of St Giles Church (Wrexham), Snowdon (the Mountain range), Llangollen Bridge (built in 1347), Pistyll Rhaeadr (waterfall) and many more.