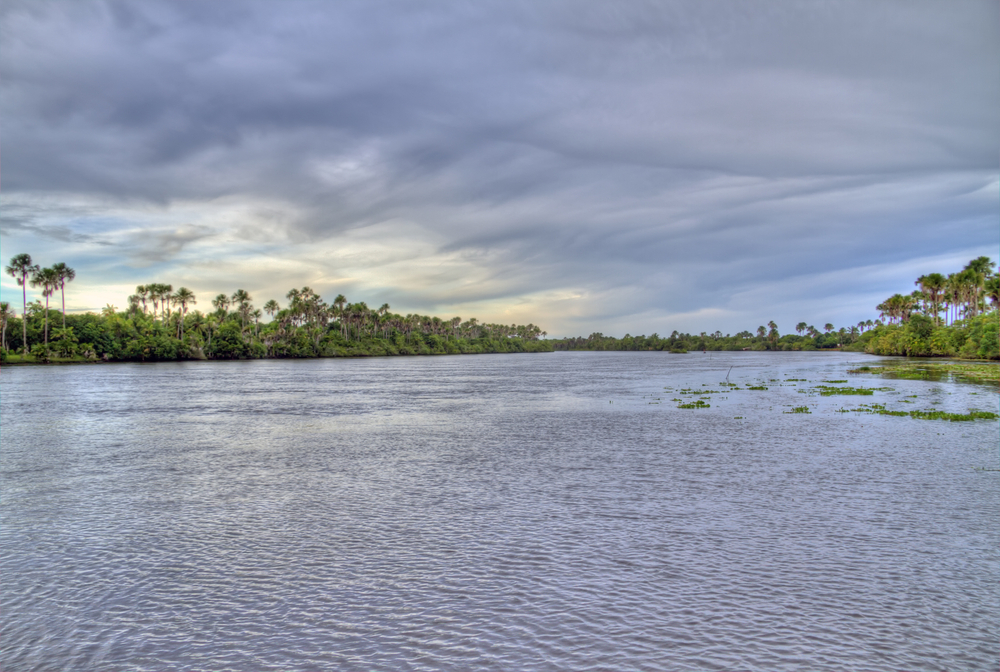 The Amazon River, located in South America, is the second longest river in the world. It flows through Guyana, Ecuador, Venezuela, Bolivia, Brazil, Colombia, and Peru traversing a distance of about 4,000 miles or about 6,400 kilometers. While for the major part, the river runs through dense rain forests, some populous and large cities have sprung up on its banks. The largest among these cities is Manaus in Brazil with a population of over 1.7 million people. The Central Amazon Conservation Complex along the Amazon Basin is a UNESCO World Heritage Site.

The Amazon rainforest is one of the most bio diverse places on earth and is home to a number of freshwater species including over 3,000 different fish species. The world’s largest variety of electric fish, the Amazonian manatee, the black caiman, and Amazonian river dolphins live in the Amazon River. Going by drainage, the Amazon River is the largest in the world. It is so large that the river and its tributaries contain 20% of the planet’s freshwater supply. The river rises to about 30 feet during the monsoons, its rich alluvium settles in the surrounding floodplain soils, while the water fills up the lakes and lagoons through its course. The river drains over 7,381,000 cubic foot of water into the Atlantic Ocean each second.

During the monsoons, the width of the Amazon River can reach over 30 miles (50 kilometers). With over 1,100 tributaries, it comes as little wonder that the Amazon is called The River Sea. The Amazon rainforest are known for the various medicinal herbs and minerals available here. While the uses of many of these are known to the indigenous tribes, researchers from across the world are discovering more and more beneficial substances here. 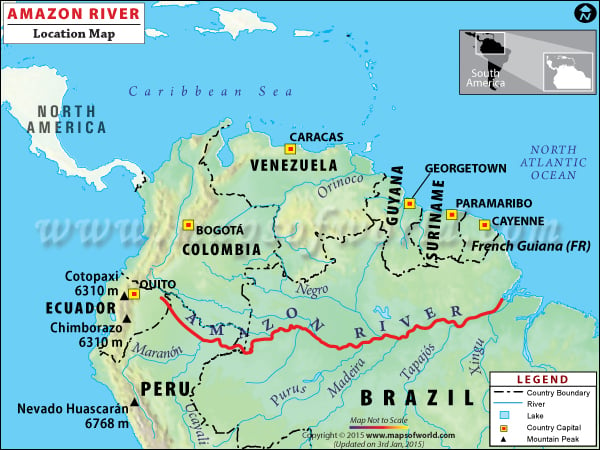 Where is the Amazon River ?

The Amazon basin is best avoided through the monsoon months between January and June due to the high humidity and unpredictability of tour operations. July through December, the dry season, is the best to visit the Amazon valley.