Facts about the Amazon Rainforest 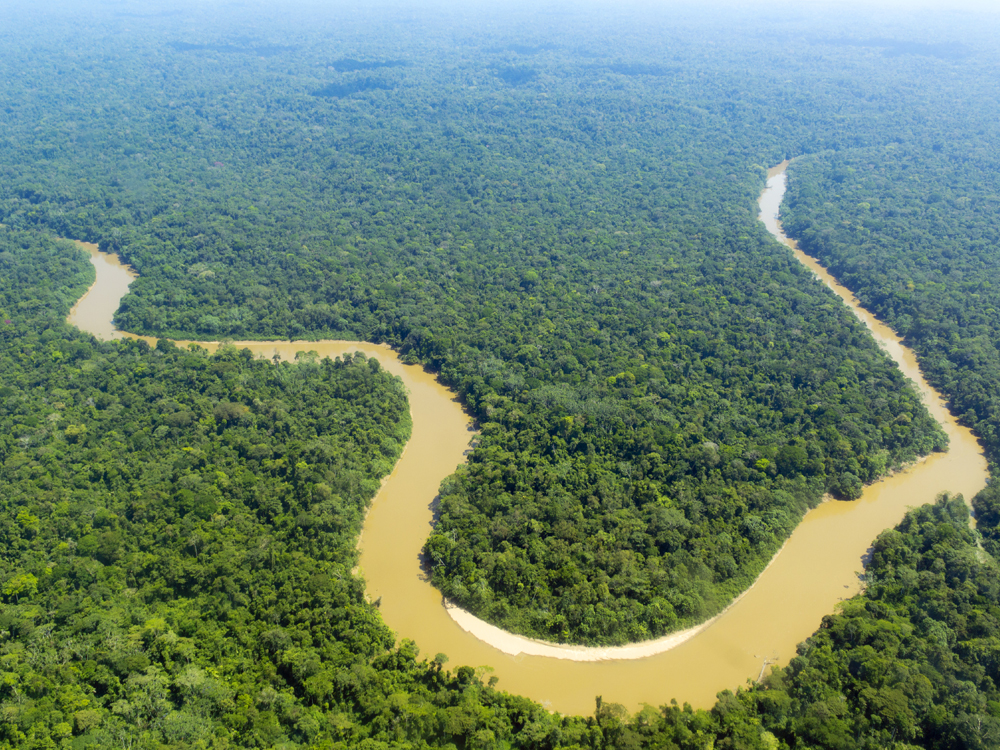 The Amazon rainforest is widely recognized as the largest rainforest on earth, spreading across approximately five million square miles. This is about 40% of the continent of South America, and only 6% of the planet. The rainforest covers nine countries in the continent, of which the maximum is in Brazil (60%). Other countries include Suriname, Colombia, Ecuador, Peru, Venezuela, Bolivia, French Guiana, and Guyana.

Interesting Facts about the Amazon Rainforest

The Amazon rainforest is spread over the basin of the continuously flowing Amazon River, considered as the world’s largest river, and its 1,100 branches. The river’s flow current is tremendous, approximately 500 billion cubic feet per second in the peak water season. Experts believe the reason for such a current to be the high volume of water in the river. This has also facilitated an immense amount of silt deposition. This deposition through the years has caused the formation of a large island, which is now called Majaro. This island is roughly as large as the country of Switzerland.

The Amazon Rainforest is home to many exciting mysteries and amazing life forms. It is home to more than half of the known floral and faunal species, and much more, many of which are still to be discovered and named. Its wildlife includes bizarre beings like the Glass Frog, Jesus Lizard, Toothpick Fish, and Peanut Head Bug. The world’s largest reptile, the Anaconda, is one of the most dangerous creatures prowling the rainforest. In addition, there are more than 20 stingray species that are known to be usually found in the Pacific Ocean, seen in the inland freshwater lakes in Amazon.

Geologists believe the reason lies in the history of the formation of the Amazon River. It is believed that the river was part of the Congo River (and originally moved westwards) when the South American and African lands were together as a single land mass, named Gondwana, about 15 million years ago.  On separation, the South American plate moved towards the west and collided with the Nazca plate that resulted in the elevation of the land, thus forming the Andes range of mountains. This blocked the river from flowing west and caused the formation of inland Amazon lakes.

While taking a tour in the rainforest you can come across a variety of Amazonian locals. They are native groups of people who live in the Amazon rainforest. It is estimated that there are more than 200 tribal communities living here, many of whom have no contact with the outside world. Scientists have not yet studied all these ethnic communities. An interesting fact is that the tribals speak in their own language that is understood by their community only. About 170 varied languages are estimated to be in use in the Amazon area.

The Amazon rainforest has inspired a number of novelists and authors of various genres over the ages. You can read about this enigmatic and exciting part of the world in books like ‘One River’ by Wade Davis, ‘Tree of Rivers: The Story of the Amazon’ by John Hemming, ‘The Lost City of Z: A Tale of Deadly Obsession in the Amazon’ by David Grann, ‘Journey to the River Sea’ by Eva Ibbotson, ‘Tropical Nature’ by Adrian Forsyth, and many others. A bestselling novel by John Grisham, ‘The Testament’, also features the Amazon rainforest in Brazil.