New York City is a funny place. It has people falling in love with it, and people trying to get over it- all at the same time. So when long weekends strike, while the rest of the northern United States would love to have a ball at the Times Square in New York City, local residents try to move away, to a place of more peace and quiet. Sure, you will always have exceptions. 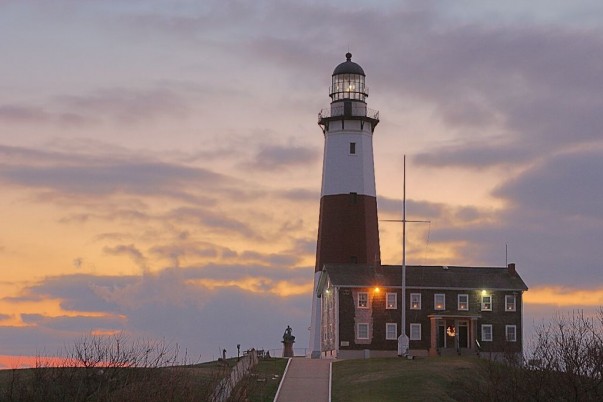 From the sky Montauk looks like the profile of a laughing monster- out of the crypt. But it is not the aerial view of Montauk that draws visitors. Montauk, also called the ‘The End’ because it is the easternmost point of Long Island and New York State, is a sleepy beach hamlet. A 200-year old lighthouse stands on the beach, standing guard over the surfers, beachcombers and kayakers who flock here every weekend.

A walk down the Montauk Point State Park during winters will be rewarded with glimpses of lazy apricating seals. Hither Hills State Park provides much more, though. You get to swim in the ocean, fish in a 36- acre freshwater pond, and camp overnight. Montauk's pastoral history is still evident in the early cottages built for shepherds; Second House, a 1700s cottage, is an instance of the same.

Montauk is also famous for a line of restaurants that serve delectable seafood. 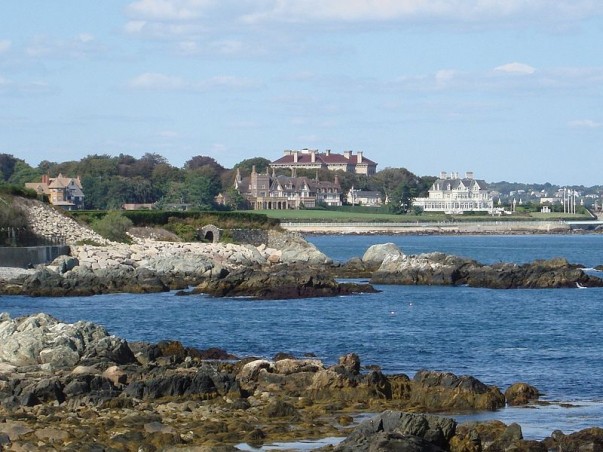 Enjoy the scenic beauty of nature at the Cliff Walk, Newport

This city in Rhode Island is as famous for its festivals as it is for its mansions. It is as famous for its fine dining scene as it is for its beach-walks. Newport, though decidedly touristy, is touristy in a good way. Historical guided tours take you through the sights and stories of the old mansions in the city that were built between the 16th and 19th centuries. The downtown area has several fine dining restaurants, galleries and shops- and splendid waterfront views- all to suit the taste of someone who likes traveling in style. The Newport Dinner Train is something not to miss, especially if you are an epicure. It has been voted as one of three best dinner trains in America by the Food Network.

Newport also has a typical seaside town history as evidenced by Fort Adams. Reenactments of wars that take place here, are a great source of entertainment for school- children. You can swim at the several beaches- Easton Beach, Fort Adams State Beach, Gooseberry Beach. 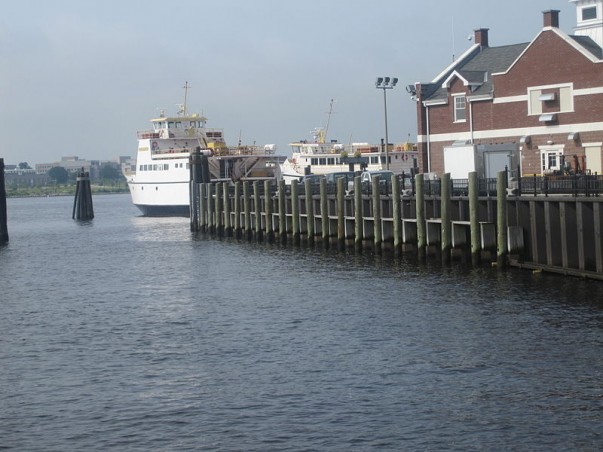 Acquaint yourself with the rich maritime history of New London

New London in Connecticut has still to shoot to the top place in a New Yorker's must-visit list. The very reason why weekenders must rush to this place. New London still continues to bask in its rich maritime history. A small town that is just a ferry ride from Block Island, the streets of this small town are best navigated in a personal car. The art galleries in New London are certainly worth a visit. The Monte Cristo Cottage, the boyhood home of Eugene O' Neil, the only American playwright to have won a Nobel Prize, is a sure draw for book lovers. Other landmark buildings are the Connecticut College and the United States Coast Guard Academy. The grave markers scattered on the Ye Antientist Burial Ground, one of the earliest burial grounds of New England, are an eerie reminder of the transience of life. The Lyman Allyn Art Museum boasts some great pieces of marine art. 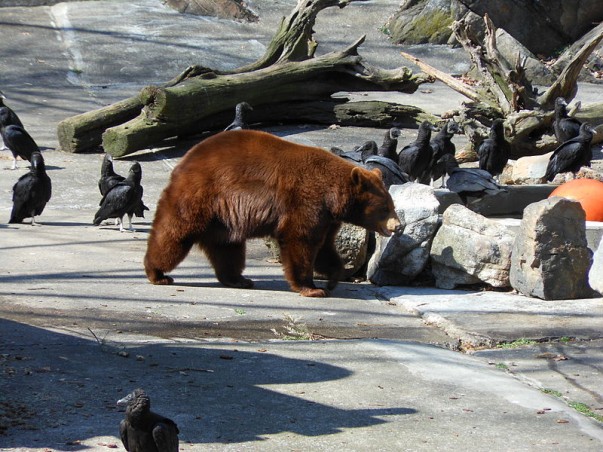 Get close with the grizzly bears at the Bear Mountain Zoo

Forty miles to the north of New York City is Bear Mountain State Park- a paradise for hikers, paddlers and idlers, too. Hikers may start at the Bear Mountain Inn, trek the entire way, and then return to the Inn in the evening for an evening of food and drinking. There are several hiking trails- each trail offers some great views. The Hessian Lake is, at all times of the day, bestrewn with paddle boats. An asphalt trail leads up from the lake to a larger wooded opening where you can eat, drink, swing in a hammock, and have a merry time. Another steep trail somewhere leads to Fort Montgomery, from where you can view the Hudson River and the Bear Mountain Bridge across it. The Hudson River Boat Dock, is the scene for a more personal encounter with the river. A drive all the way to the top along the Bear Mountain Summit Road, or a visit to the trail side museums and zoo- Bear Mountain State Park has several diversions to keep you occupied. 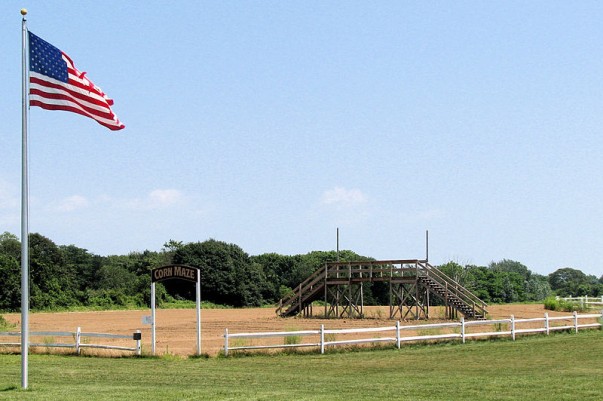 80 miles from Manhattan, this quiet getaway is a 30-mile long stretch that runs from the South Fork to the Sound estuary. This long stretch of fertile land is full of farms, vineyards and wineries. Also, some of the best NYC chefs, who prefer the mellow farmland sun over the glitter of Times Square have set up shop here. Thus, in addition to the long afternoons spent sipping wine, visitors can also chow down sumptuous meals at North Folk Table, Biere, Sterlington Deli and several other fine dining restaurants.