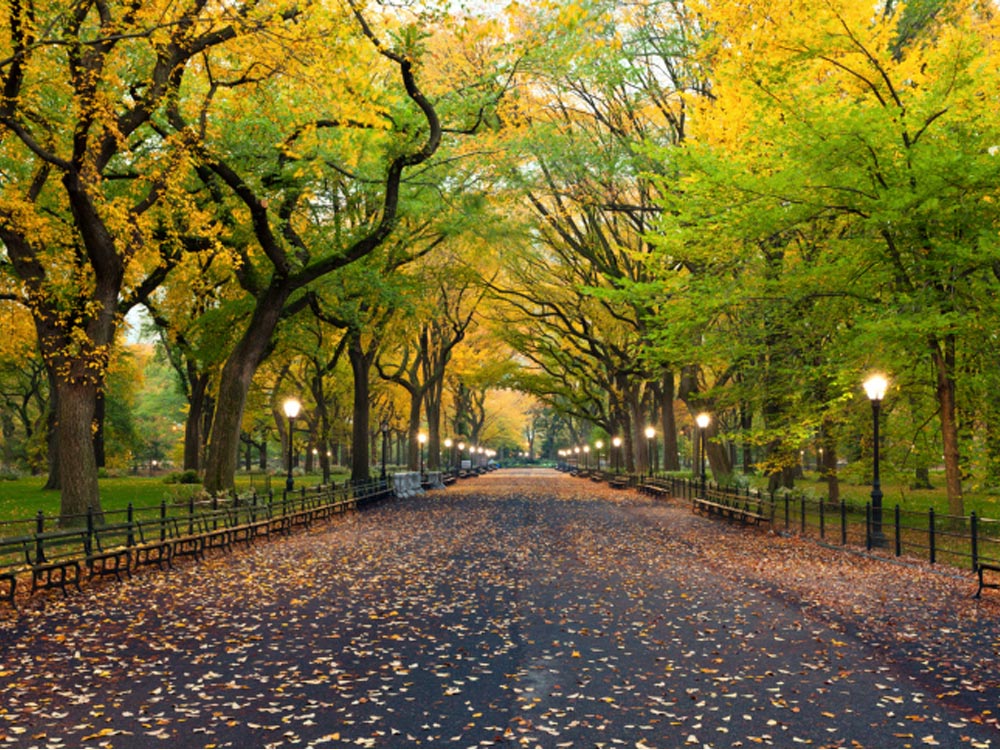 Central Park, New York is one of the most renowned and frequently visited tourist destinations of New York.

The history of Central Park, New York City is quite interesting as it was one of the first landscaped public parks of the United States and the terrain for the park was bought in the year 1853. To give it a new appearance, thousands of trees were planted and many infrastructural changes were made. The credit of the conversion of this large swampy area into a visual masterpiece goes to both the landscape designer Frederick Law Olmsted and the architect Calvert Vaux.

Today the Central Park satiates people with several pursuits by offering a perfect setting for adventure and fun activities such as strolling, ice-skating, horse riding, bicycle riding, rollerblading, and a lot more!

For people seeking solace, the Park has some quiet zones including the East Green, the Strawberry Fields, the Shakespeare Garden, the Sheep Meadow, the Turtle Pond, and the Conservatory Garden.

The Central Park Zoo, the Central Park Carousel, the Water Exhibit at Belvedere Castle, and not to forget, the alluring boat rides around the Lake (with boats for hire available from the Loeb Boathouse) are some of the places to entertain the children.

The Central Park in New York City hosts an array of activities for its visitors, which range from cultural programs, concerts, educational tours to seasonal activities. The Shakespeare in the Park is a unique show which demonstrates the works of the renowned author. There is a Summerstage program, New York Opera performances, musical programs by Elton John, Paul Simpson and other renowned singers.

In winters, one can enjoy skating at the Wollman ice-skating rink of the Central Park, New York. One can watch the stars, enjoy music and enjoy gliding at the ice rink.

Where is Central Park ?

Central Park is a public park situated in the heart of Manhattan in New York City. The park extends from 59th Street to 110th Street at the northern end, and from 5th Avenue on the eastern side to the Central Park West on the western end. LaGuardia Airport is the nearest airport at a distance of four miles from the Central Park. There are several subway stops in the Central Park, so you can also visit the Park via train. You can also take buses from either the Penn Station or the Grand Central Station.

Although Central Park can be visited throughout the year, May is the perfect month to visit the park as the weather is pleasant. Also, the summer crowd won’t be there to displease you. Some people find October the best time to visit the park because of warm days and cool nights. Moreover, it is the time when the leaves change their color.

Hours : Central Park remains open to visitors all around the year. It is closed only five hours each day; in the early morning from 1:00 am to 6:00 am.

As the Central Park is a State park, so the entry is free. But separate price slabs are applicable to horse and carriage tours, bike tours, vespa tours, guided walking tours and pedicab tours.