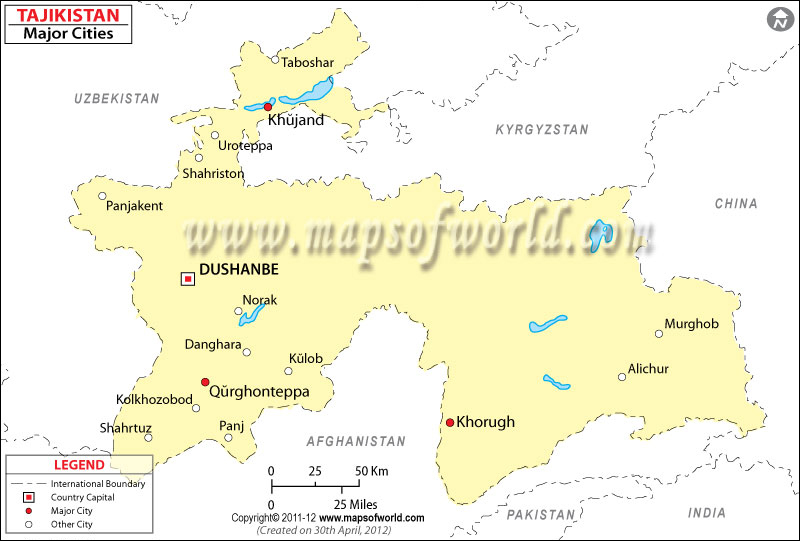 Tajikistan cities offer you a wide variety of locations for sightseeing in Central Asia which you would not get to witness anywhere else. Tajikistan is a country with mountains all around. The rocky areas offer some scintillating and breathtaking views which are exclusive to those regions.

The major cities in Tajikistan are listed below :

Other Tajikistan cities where you can spend some quality time amidst the natural fauna and flora are Kulyab, Khoroq, Kurqan Tube and Garm.