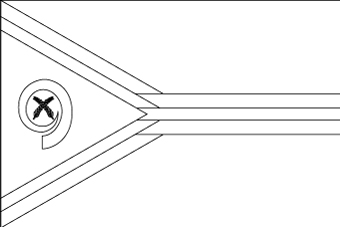 Download Picture of Blank Vanuatu Flag For Kids to Color

There is a black colored triangle on the hoist side of the black which also consists of the national emblem of Republic of Vanuatu. There is thin yellow line inside the black ‘Y’ which represents sunshine and Christianity which is the most practiced religion of Vanuatu.

Where is Vanuatu located?