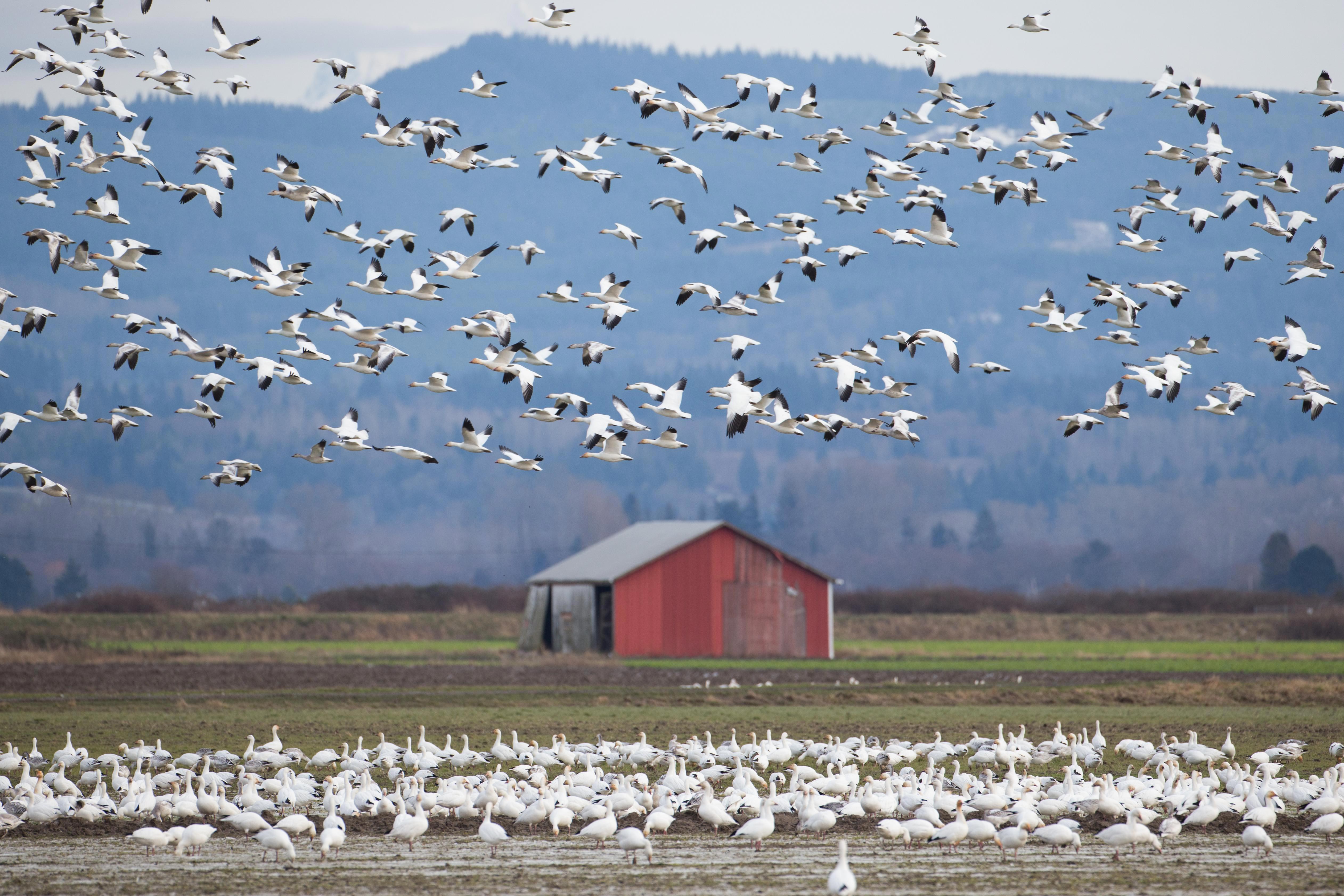 Wrangel Island is an island in the Arctic circle, located in the Chukotka Autonomous Area in Russia’s Far East. The UNESCO World Heritage site also includes the nearby Herald Island. Wrangel Island was named for Baron Ferdinand von Wrangel, a Russian explorer.

The island is most notable for its gorgeous landscapes and its remarkable ecosystem, which is extremely diverse for its size and location within the high arctic. The biodiversity of the region, which is unusual for its climate and geography, is attributed to the belief that it was likely not glaciated during the Quaternary Ice Age. This long history has allowed the creation of the varied biosphere. Overall there are 100 species of migratory birds – some endangered, like the Snowy owl – who use the island as their nesting grounds. Though severely cold and largely barren, 417 species of vascular plants are on record in the islands, which is twice the number for any comparable habitats.

The unique biosphere of Wrangel Island includes the world’s largest population of Pacific walrus, foxes, reindeer, lemmings, and the highest density of polar bear dens in the world. The islands serve as a breeding habitat for Asia’s only Snow goose population, which is endangered. Grey whales, migrating seasonally from Mexico, use these waters as one of their major feeding grounds.

Archaeologists have found a variety of artifacts on the island, and have pieced together the history of the islands from those. They found that about 3,400 years ago, Wrangel Island was home to a community of paleo-Eskimos, who lived along the Krassin Bay and hunted the animals of the island. Some animals that existed on the islands include woolly mammoths, furry rhinos, and bison.

Where is Wrangel Island  ?

Wrangel Island is located in the remote region of northeastern Russia called Chukotka. Unlike the rest of Russia, this region is actually in the Western Hemisphere (ie. it’s very far away from most Russian cities). Though the island is a nature preserve, it is one of the least visited in the world. Chukotka is just across the Bering Sea from the state of Alaska in the USA. From North America, the best way to get to the region would be by icebreaker or chartered helicopter flight.

With Wrangel Island’s remote, extreme location, it is very difficult to schedule a visit to the island. As an Arctic island, Wrangel is blanketed in snow for much of the year, and has severe cold temperatures. A period of less than one month during the summer is typically frost-free. The less cold months, in which temperatures rise above freezing, are from May to September, peaking in July.