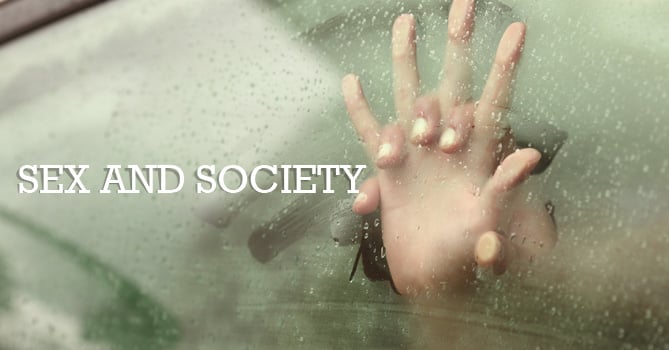 While the definition and understanding of what comprises sex is broadly accepted across cultures, the form of sex and sexual expression, and its participants is what makes it a taboo in some cultures and countries.

What is perfectly acceptable form of sex in one country or region, may be taboo in another part. So who judges what is acceptable and what is not. After all, in any culture, region or country, the level of acceptance of various forms of sexual expression itself separates normal from taboo sex.

Strangely, several countries that seem very liberal on sexual attitudes still have laws that would reflect a conservative society.

Let’s look at some prevailing views and attitudes to various forms of interactions between humans before we proceed to look at sex.

Hand holding and kissing in public

In most Christian majority countries, socializing between sexes, before and after marriage, is viewed as normal behaviour. While, pre-marital holding of hands and kissing in public is largely acceptable, some select communities like the Amish in USA are still very conservative and follow traditional family values and social interaction. So contradictions exist even in liberal societies.

In most Islamic societies, holding of hands between sexes is illegal and largely frowned upon by society, while kissing in public is a taboo, even between married couples.

Introduction of sex education in schools also reflect a society’s acceptance of pre-marital sex as a reality, especially between teenagers. Several western countries have already made it a part of school curriculum, while there is increasing pressure on governments of many developing economies to follow suit.

Pre-marital sex is increasingly becoming less of a taboo and a more acceptable social behaviour in many societies. Countries like India that still maintain a relatively conservative outlook to pre-marital sex, are increasingly accepting it as an evolving reality, as more teens are beginning to experiment with sex at lower ages. Contrary to general perception, this phenomena is not restricted to urban areas of India but is fast spreading to semi-urban and rural areas as well. Same is true for many other nations which still hold traditional views.

Sex outside of marriage

Legally speaking, sex outside of marriage is illegal in most countries, however, in most westerns nations, it does not evoke sharp reactions from society. Public figures in countries like France and several Scandinavian countries are known to have had affairs or live-in relationships while in office and these have by and large been accepted by their respective electorates. In other words, what would have seemed shocking or scandalous in many societies a few decades ago, is now acceptable social norm.

A fairly good barometer of a society’s sexual attitude is to observe the level of acceptance towards same-sex relationships. The process of coming ‘out-of-the-closet’ is still underway in even the most liberal societies, whereas, it is still a taboo in most others. Attitude towards gay sex emanates from religion based disapproval which also leads to laws aimed at restricting them through social disapproval.

The LGBT community exists is all societies but are unable to come out in the open due to existing laws that view such relationships as illegal. In several countries, gay sex is punishable by death and include Nigeria, Saudi Arabia, Yemen, Sudan, Iraq, Qatar, Somalia, Sudan, Iran, UAE and Mauritania. In over 76 countries, including India, gay sex is still illegal. In many societies, members of the LGBT community are viewed as people who need psychiatric intervention and ‘cure’.

In countries like Afghanistan, forced gay sex between male adults and between a male adult and a young boy, is fairly common and does not raise too many eye brows or social condemnation. This is taboo in most countries that have a liberal views on gay sex.

Sex between blood relations is not common but prevalent in all societies in some form. Although sex within the immediate family is still a taboo, sex between first cousins or an uncle or aunt is acceptable in some societies.

In most Islamic countries, first cousin marriages are common and acceptable, as is in states like Tamil Nadu in India, where a marriage between a girl and her uncle i.e. mother’s brother is actually welcomed. Many societies define these relations as incest and hence, a taboo.

Prostitution is legal in some countries, while its illegal in most others. The debate to legalize paid sex is still raging in many countries, since there is no clear empirical evidence that by legalizing paid sex, other sexual acts like rape will come down.

Several countries believe that prostitution is an individual’s choice to pursue one’s own career as one deems fit, however, this argument falls flat when it comes to young girls and women who are forced into prostitution. This leads to a conflicting debate between those who oppose paid sex versus the need for one to access sex by paying for it. Irrespective, paid sex has been around for a long time and will continue to remain, as the lines between paid and casual sex is increasingly becoming blur.

Overall, sex is less of a taboo today with greater acceptance for its various forms and participants.