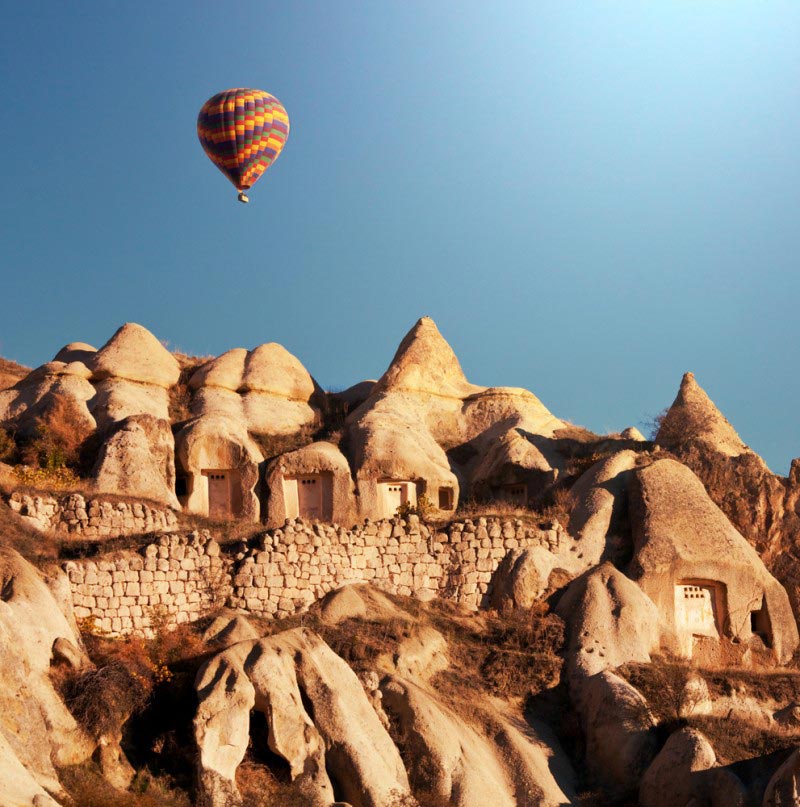 Turkey amazes the visitors with its stunning landscapes

A visit to the country of Turkey will be exciting for travelers and tourists who visit this country from all across the globe.

The modes of transportation available to the tourists for getting to Turkey are plane, train, bus, and boat.

Train
You can also reach Turkey from Europe by train. The journey though, would take a lot of time and could also be uncomfortable. Operating rail networks exist between Hungary and Romania, and Turkey. You can reach Turkey from Budapest in Hungary via the TransBalkan. The same train connects Bucharest in Romania to Turkey, along the way. The journey would take two days. It would also be necessary to bring your own food provisions since no meal facility is provided in the train. From Pythion and Thessaloniki in Greece, you can avail of a train for getting to Istanbul in Turkey. Other countries from where getting to Turkey by train is possible include Bulgaria, Syria, Tabriz, and Iran.

Car
Drive to Turkey in your car from Central Europe. It would not be too difficult to enter Turkey by car, provided you have prior permission and all the necessary and relevant documents with you.

Boat
From the islands of Greece ferries are operated which would help in reaching Turkey by water. This would give you a very pleasant view of the country you are planning to spend your holiday in.

The tourists in Turkey can try out adventure sports like horseback riding, mountaineering, skiing, etc. You could also indulge in traditional sporting activities like swimming, tennis, football, etc. Turkey is a sports loving nation; a thing which can be understood from the fact that the country has an article, connected to sports, embedded in its constitution. So if you happen to be a sports lover too, then you are likely to find it wonderful in the country.

Nightlife in the country is very much active and would surely contribute to your time of entertainment and leisure in Turkey. The numerous bars, discos, nightclubs, etc., ensure that the tourists have great fun in the country. Istanbul is the place in the country where you are likely to get a wide range of options to choose from. Alcoholic beverages like wine flows freely at the various nightclubs and pubs in Turkey.

Indulging in some shopping in the country. The carpets of Turkey are well known throughout the world and are must-buys while holidaying in the country. You could also try and visit the place where the Turkish carpets are made. Some of the other items which you could purchase include ceramics, leather items, spices, etc. The numerous restaurants in the country offer the tourists the best of the Turkish cuisine.

Places to see
Visit these places while you are holidaying in the country: