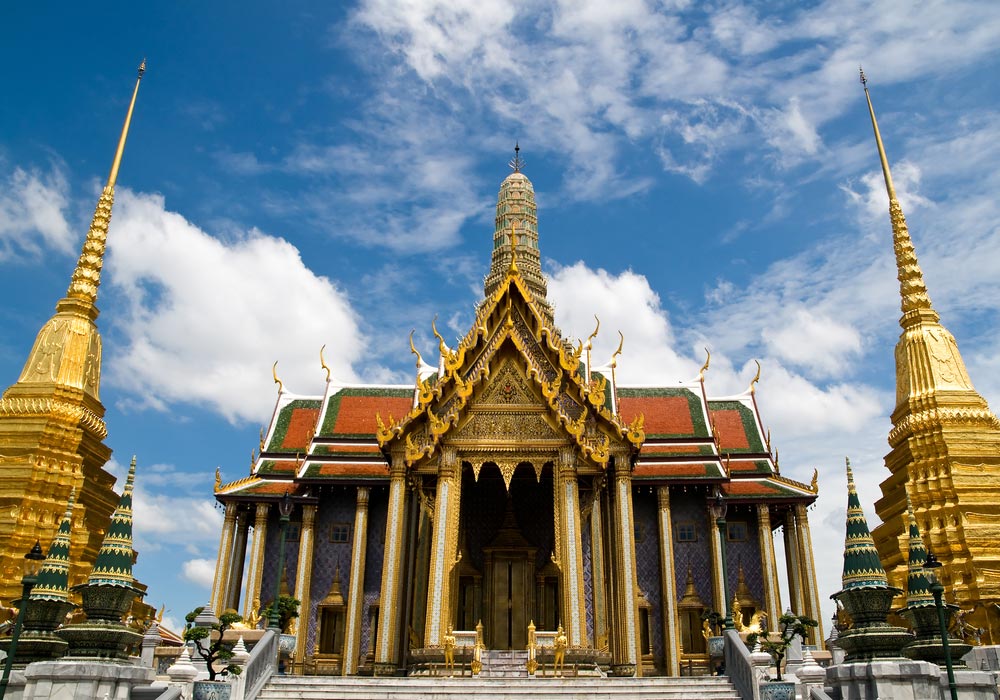 Wat Phra Kaeo is one of the most sacred places of Bangkok, Thailand

Wat Phra Kaeo, also known as the Temple of the Emerald Buddha, is undoubtedly one of the most sacred places of Bangkok. It won’t be wrong to say that a tour to Bangkok is incomplete without paying a visit to Wat Phra Kaeo. It houses a dark green statue of Buddha with a height of 2 feet. According to a story, the Emerald Buddha was once kept covered in a plaster in a monument in Chiang Rai, which was uncovered by heavy lightning in 1434. Since then many kings tried transporting it to their own countries. After traveling in several countries, this statue finally rests at Wat Phra Kaeo.

King Rama I built Wat Phra Kaeo in order to enshrine the Emerald Buddha. Corresponding to different seasons, Emerald Buddha is covered in seasonal costumes, which are changed thrice a year. In summer the statue is adorned with crown and jewellery, in winters it is wrapped in a golden shawl and in the rainy season, you will see Emerald Buddha wearing gilt robe and headdress.

Do visit the three famous pagodas that are located on the temple grounds after paying a visit to Wat Phra Kaeo during your tour to Bangkok. Lying in the west of Wat Phra Kaeo is Phra Si Ratana Chedi that houses ashes of the Buddha. Phra Mondop, is a library that lies in the middle and towards the east side stands Royal Panthon that was built to commemorate the foundation of the Chakri dynasty.

The complete address of the place is: Na Phra Lan Road, inside the Grand Palace Complex, Bangkok, Thailand. 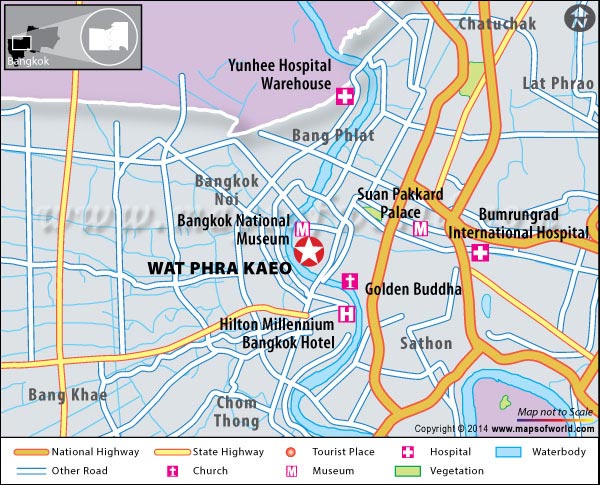 Visiting hours are from 0800 hours to 1600 hours daily. The morning hours are a better time to visit as it is cooler and generally less crowded.