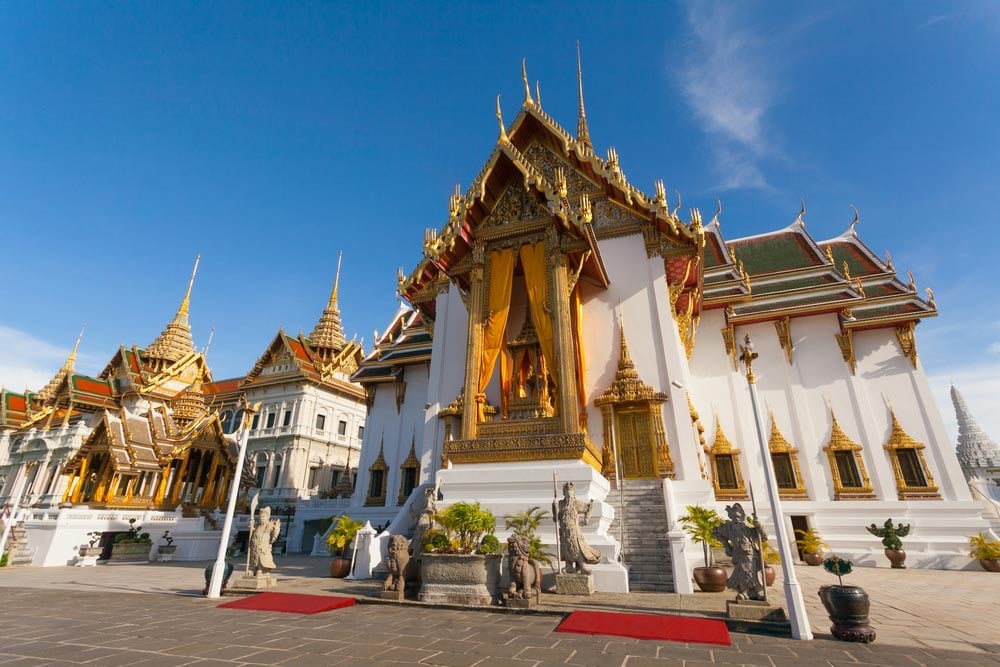 The Grand Palace of Bangkok, Thailand is known for it’s Beautiful Architecture

Grand Palace is a must-see destination for tourists planning a Bangkok tour. The palace is surrounded by four walls. It was built by King Rama I who took the initiative to build many monasteries, forts and monuments. He shifted his administrative center from Thonburi to Bangkok once he became the ruler of Thailand. Rama I built this palace so that it could house his offices, besides being his residential quarters. Later this splendid architectural monument was called the Grand Palace.

There are around 35 attractions in the Grand Palace. Some of the prominent ones are:

Wat Phra Si Rattana Satsadaram or the Wat Phra Kaew or the Chapel Royal of Emerald Buddha located within the premises of the Grand Palace. The main building of the temple called central ubosoth houses an emerald green statue of Buddha.

The Museum of the Emerald Buddha Temple is located opposite to the Phra Thinang Maha Prasat Group. The ground floor of the museum exhibits several artefacts while the central hall displays the bones of white elephants. These elephants had pinkish coloring and creamy eyes. They were an essential symbol of kingship as their possession affected the prestige of the king; the more they possessed, the greater was their prestige.

The Phra Thinang Amarin Winitchai Mahaisuraya Phiman is an important building of the complex. This Thai style throne hall was built for meeting foreign ambassadors.

Located in the heart of Bangkok, the Grand Palace served as the official residence of the Kings of Siam. Don Mueang International Airport at a distance of approx. 30 kms is the nearest airport to the Grand Palace. The best way to visit the Grand Palace is via a water taxi. 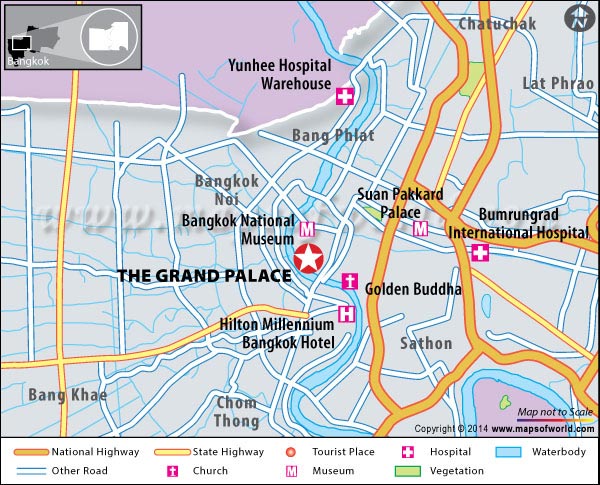 The entry ticket to the Grand Palace costs 400 BHT per person.