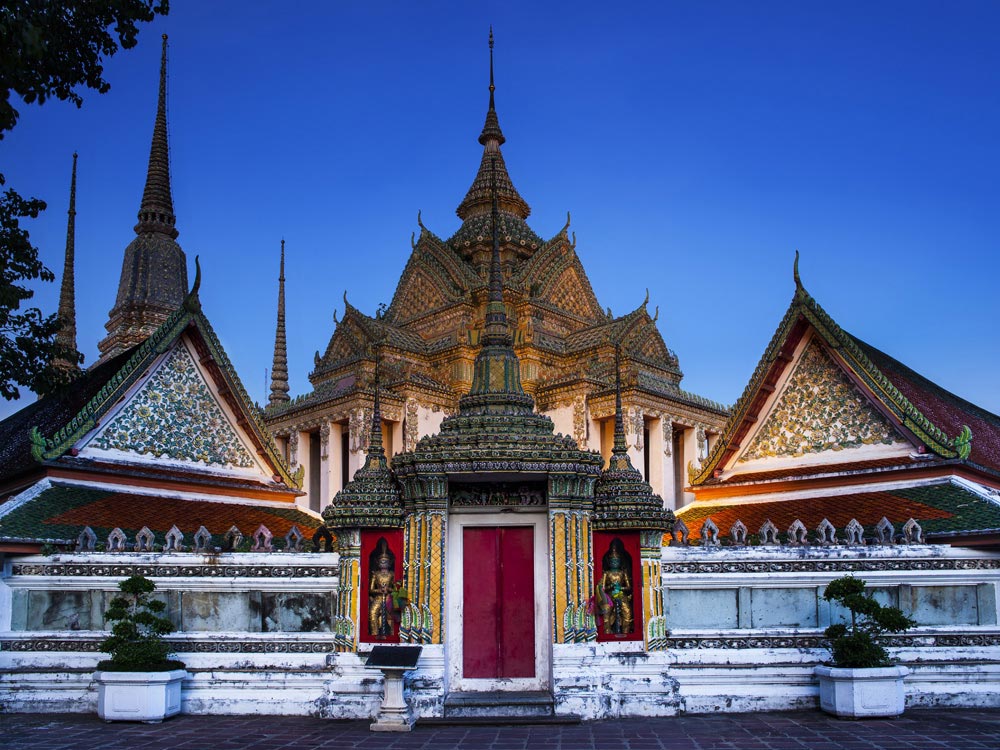 Wat Pho in Bangkok has acquired world-wide fame for housing a huge statue of Lord Buddha. It was constructed about 200 years ago and enthralls a huge number of international travelers all through the year. However, after the reconstruction of this temple by Lord Rama I, Wat Pho has lost its resemblance with the original structure. This royal monastery covers an area of 20 acres.

This statue named Phra Phuttha Saiyat is around 46 meters in length and 15 meters in height. The eyes and feet of this Buddha statue are made of pearl. The ground of Wat Pho temple exhibits over 1,000 Buddha images. Chetuphon road separates this ground into two parts. One of the parts leads to the residential chamber while the other leads to the chapel.

Usually the most-visited section is the northern one and it houses a big temple hall. It is surrounded by a series of bronze images of Buddha. Added to this, there are also 152 marble slabs outside this hall. These slabs mainly depict the story of the epic Ramakien.

Apart from all this, Wat Pho is also popular for its oldest university of Thailand. In the past several rich and powerful people used to come here. Presently, Wat Pho, Bangkok, is also considered to be a traditional centre of Thai massage. So if you are in Thailand, come to Wat Pho to enjoy its unique charm and unspoilt beauty.

The temple also has a museum that exhibits a pedestal tray with 12 corners, reliquaries made of gold overlaid with colored enamel, a miniature altar for buddhist offerings, buddhist manuscripts and gilded and enamelled silver manuscript boxes.

Where is Wat Pho?

Wat Pho temple is located in Bangkok, Thailand. It takes around one-hour and thirty minutes to reach Wat Pho from Phanom Sarakham Airport. You can hire a taxi or choose to travel in a bus to reach Wat Pho. 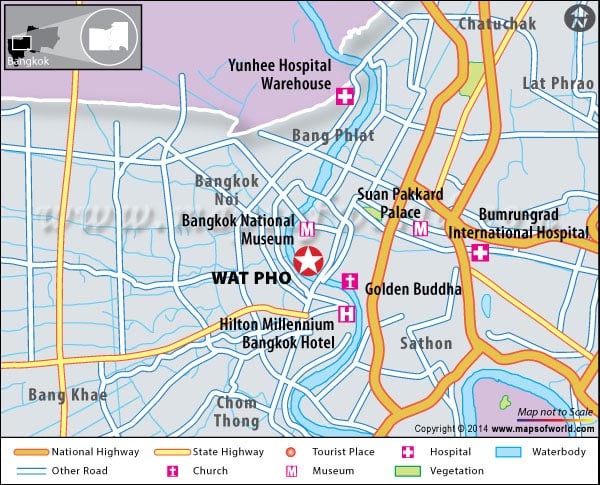 The months from December through February are the best months to visit Bangkok. Early morning is the best time to visit Wat Pho.

The entrance fee to the temple is 100 Thai Baht per person.