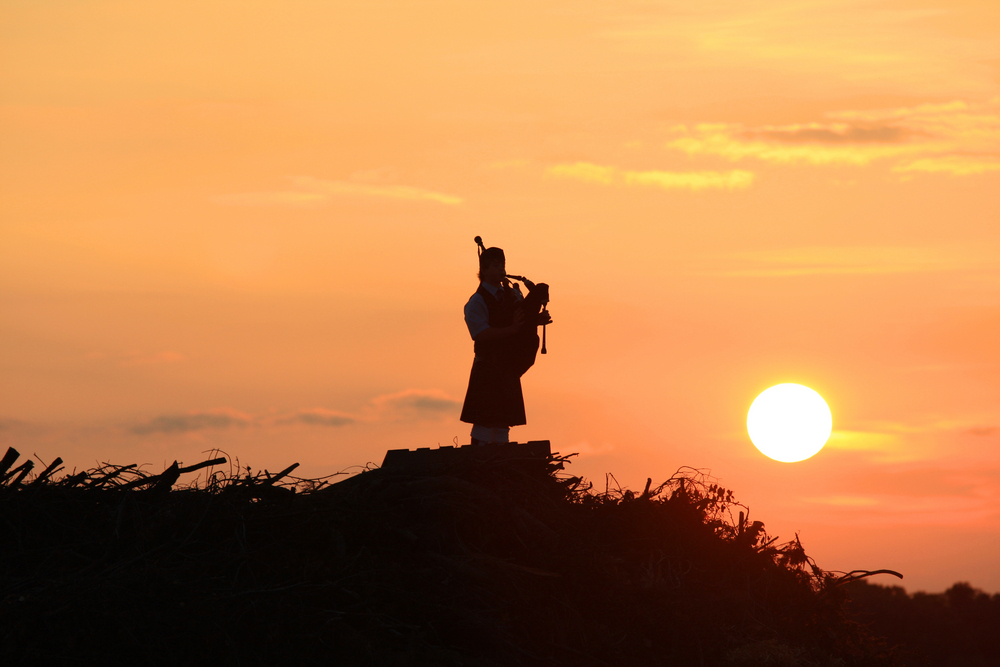 Travel to Scotland – The Land of Bagpipes

The land of bagpipes, Scotch whiskey, and golf, Scotland offers travelers beauteous locales, prehistoric and historic sites, warm hospitality, and lively culture. It is well known for being the birthplace of some of the most famous personalities in the world, including actor Gerard Butler, notable businessman B.C. Forbes, musician William Wallace, John Logie Baird – the inventor of television, and Sir Alexander Fleming – a Scottish biologist renowned for the discovery of penicillin.

Scotland, situated to the north of England, is surrounded by sea on its three sides: the North Atlantic on its north and west, and the North Sea on its east. The country experiences harsh winters with heavy snowfall, pleasant summers, and lots of rain. Colin Hay, the famous musician, once said, “In Scotland, beautiful as it is, it was always raining. Even when it wasn’t raining, it was about to rain, or had just rained.”

The Scots are a lively community who love to enjoy and celebrate the summer with cultural festivals, like the ones in Edinburgh, Shetland, and Glasgow. Their official language is English, Gaelic and Scots, but the dialect is distinctly Scottish. Their major holidays include Christmas, New Year’s Day (Hogmanay), Saint Andrew Day, and Good Friday.

Getting In & Around
Scotland is a well-connected area of the world. It is easily accessible by air, water, rail, and road.

By Air: Direct flights from all the important European destinations serve the airports in its major cities – Edinburgh, Glasgow, Aberdeen, Dundee, and Inverness. If you are traveling from any other part of the world, you can take an indirect flight to Scotland via United Kingdom. Many of the British airlines operate domestic flights to Scotland, including Virgin Airlines, British Airways, Easyjet, Eastern Airways, and Flybe.

To get around in Scotland, Loganair offers the major load of domestic airline traffic in the country. Flybe is another airline operator serving the Scotland skies. Traveling by air within Scotland, although is discouraged due to the turbulent and rainy weather.

By Rail: Wish to see the beauteous scenery of this part of the world? You can get on one of the numerous trains connecting the UK and Scotland and enjoy. Train operators like ScotRail, CrossCountry, East Coast, Transpennine Express, and Virgin Trains, serve the important tourist destinations in the country, such as Aberdeen, Edinburgh, Glasgow, and Dundee. Journey time varies depending on the distance between the destinations, for instance, the Virgin Train takes about 4 hours 40 minutes to reach Glasgow from London. International travelers can purchase rail passes from ScotRail and BritRail, for multiple travels in and around the country.

By Road: Buses are considered to be the cheapest mode of traveling to Scotland. Then again, it is also the least comfortable and takes longer than trains. Major bus operators traveling between the UK and Scotland include National Express, Citylink, and Megabus. Citylink and Megabus also serve bus stations in towns within the country. Hiring a car is another option for reaching Scotland and getting around. The primary road between England and Scotland, is the motorway M74/A74 (M). It is best to avoid the “Scotch Corner” on the A1 motorway, as in some places it allows only single vehicle crossing.

By Sea: If you wish to reach Scotland from Northern Ireland, taking a ferry can offer a picturesque journey to the country. The ferry operators between Scotland and Northern Ireland include P&O Irish Sea, Stena Line, and Kintyre Express. Notable port cities in Scotland are Campbeltown, Scrabster, and Cairnryan.

In addition to the mainland, Scotland has more than 700 islands near its northern and western shores. Several domestic ferry operators have regular services to the larger islands like Orkney and Shetland. These include Orkney Ferries, Caledonian MacBrayne, Pentland Ferries, and NorthLink Ferries.

Scotland offers an array of activities for a satisfying holiday. Owing to its pictorial landscapes, various places of the country are captured on camera. If you have watched the 1986 classic, Highlander, you will know how beautiful Scotland Highlands can be. Movies like Harry Potter, One Day, and the animated film Brave, are renowned to have famously captured the beauty of the hills and glen of the country. You can book a tour, ride a train, or simply hike through the areas that were formerly used as a film set. Hiking, in fact, is a popular activity of travelers to Scotland. Other adventure activities include mountaineering, bird watching, water rafting, and fishing. The Cairngorms National Park is famous for its nature trails and wildlife.

Another favorite thing to do in Scotland is golfing. Golf is believed to have been born amidst the scenic glen of Scotland. Today, it boasts of over 550 golf courses, many of which are open to the public. You can try your hand at this sport, while enjoying the surrounding hills and valleys.

A visit to Scotland is considered incomplete without a trip to a pub or bar. They, not only have the warmest of Scottish crowds and the famous Scotch whisky, each of these also has fascinating tales to share. So, just sit back, have a drink, chat, and enjoy the interesting stories shared by the regulars and pub owners. The famous pubs in Scotland include the Papay Pub in Orkney, Station Bar in Alloa, and historic Castle Tavern in Inverness.

Apart from the activities mentioned, other favorite things to do in Scotland are visiting a distillery, island hopping, sightseeing the historical sites, and attending a live music event. The country has almost 100 distilleries, seven of which are in the Hebridean island of Islay. While island hopping not-to-miss sites, include Jarlshof in Shetland Island for an archeological site, displaying remains dating back to the Bronze Age, Tobermory in Mull Island for its picturesque fishing port, and Staffa and the Treshnish Isles for its sea-caves with stunning basalt columns. While in the islands, you can also watch a variety of marine wildlife like the wintering geese in Islay, and puffins in the Isle of Lunga in the Staffa, and Treshnish Isles. Coming back to the mainland, the music lovers can attend live music events in Glasgow, the music capital of Scotland, and during the Edinburgh Festival in August. You can also visit the historical and popular King Tut’s Wah Wah Hut to get a taste of the live music of Scotland.

Places to visit in Scotland

The major tourist destinations in Scotland consist of a large variety of historical, cultural, and natural sites. Listed here are the must-visit places in Scotland.

Things to remember while traveling to Scotland: 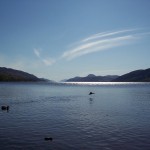 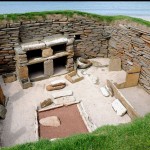 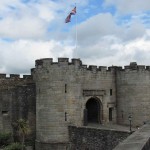 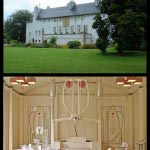 House For An Art Lover, Glasgow 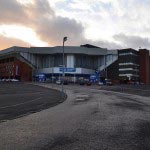 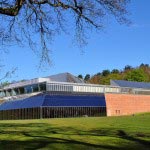 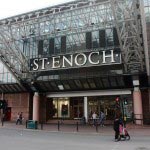