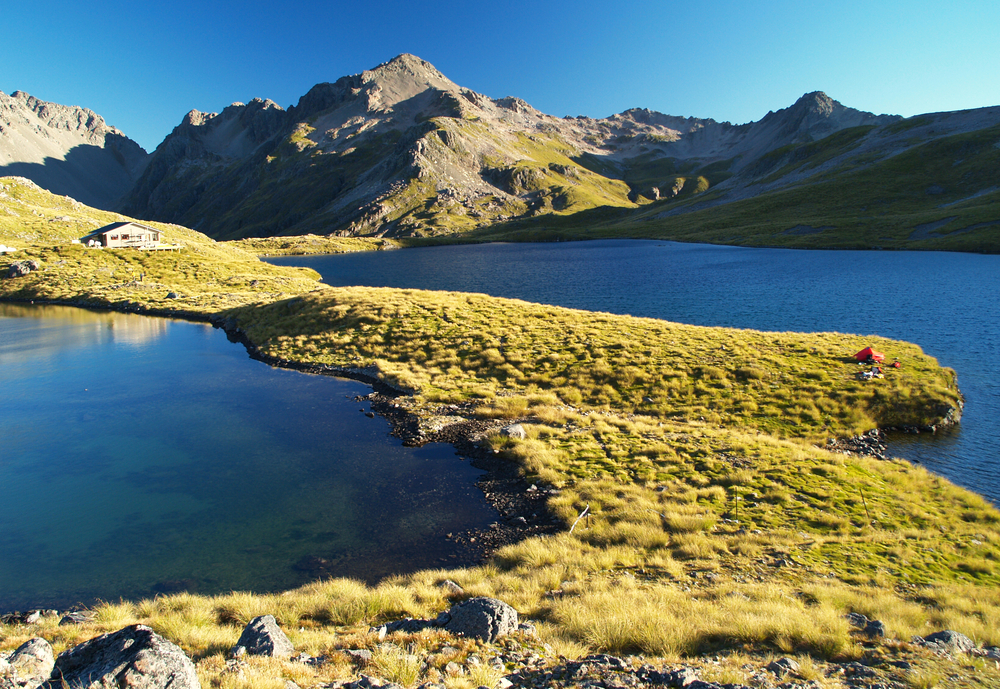 Snow-capped rocky terrains, glacial lakes with insanely deep visibilty, alpine forests, and numerous crystal clear streams of icy freshwater are a part of the Nelson Lakes National Park. The alluring and secluded lakes – Rotoiti and Rotoroa – are an ideal getaways for travelers. Massive glaciers and several glacial landforms add to the magnificence of the National Park.

To preserve the ideology of native communities and precious habitats, Nelson Lakes National Park was established in 1956. As per Maori mythology, Nelson lakes were created by their chief Rakaihaitu. It is believed that he dug holes in the ground only with his ko (digging stick), which led to the formation of Lake Rotoiti and Lake Rotoroa.

Recreational activities such as boating, kayaking, camping, tramping, rafting, mountain biking, and ice skating are popular among the visitors.

Hiking – From 30-minute walks to long hikes for 4-7 days, there are trails for every category of hikers. A walk through the spectacular landscape of the park is thrilling. You discover small cabins and huts near the tracks. Angelus Hut Tracks & Routes, Lake Rotoiti Short Walks, Travers-Sabine Circuit are widely preferred by the hikers.

Birdwatching – Honeydew Beech Forest spreads over the lower regions of the park. Birdwatchers can look forward to spot Bellbirds, Fantails, Heron, Morepork, and Kaka as they saunter along.

Exploring Wildlife – The Nelson Lakes National Park is home to a wide variety of wildlife including Red Deer, Chamois, and Hare.

Fishing – The brown trout of Lake Rotoroa attracts a lot of travelers to fishing. There is a fishing lodge of 1920s for those who want to pursue fishing.

Backpacking – In winters, Lewis Pass to St. Arnaud- which usually takes 4-5 days- is exceptional climbing route for campers and trampers.

It lies in the North Tasman region of South Island in New Zealand. It is near the St. Arnaud village. Being on the northern end of Lake Rotoiti, St. Arnaud serves as the main gateway to the park.

By Air – Travelers can fly into Nelson City Airport that is around one-hour drive from the National Park.

Some of the popular accommodations near the National Park include the Alpine Lodge, Nelson Lakes Motels, St. Arnaud House, and Avarest Bed & Breakfast. Moreover, lodges and huts in the Park are provided by the Department of Conservation to campers and hikers.

Alpine Lodge in St. Arnaud is the nearest place to dine. Within few kilometers of Nelson Lakes National Park is the Kohatu Flat Rock Cafe, The Belgrove Tavern, Rivers Cafe, and Oceano Restaurant.

Generally, from October to February, the climate remains pleasant enough to visit the Park. However, for hikers, it is best to wait till fall that lasts from March to May.