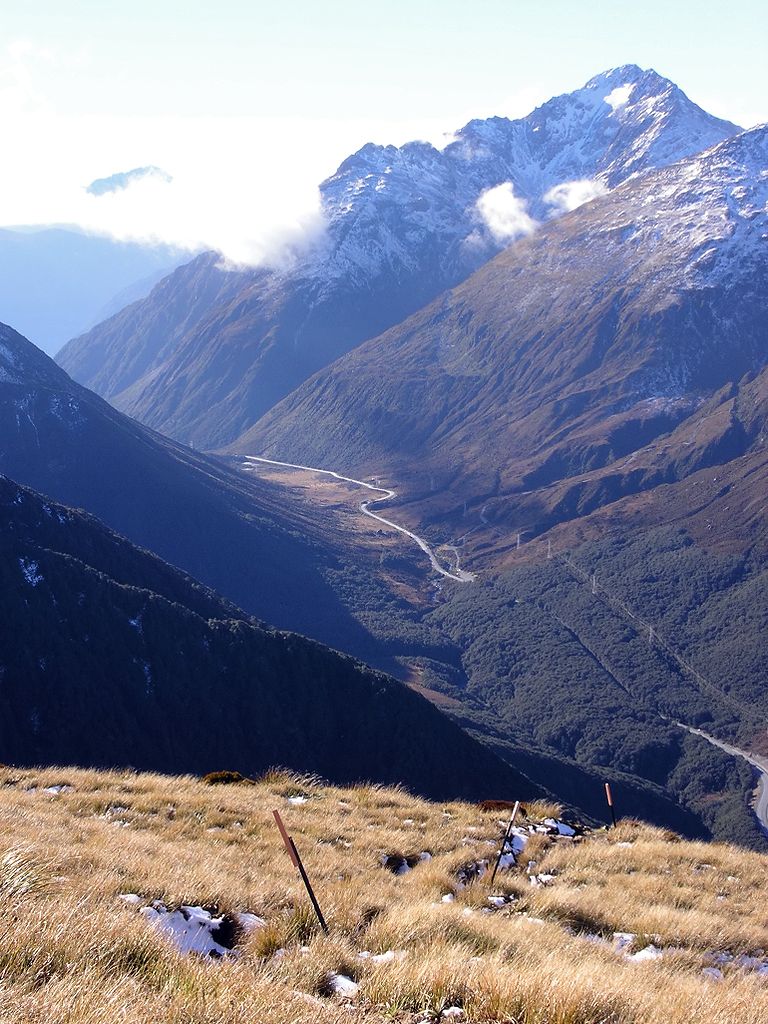 Arthur’s Pass seen from the slopes of Avalanche Peak

Arthur’s Pass National Park, which is located at the very heart of the Southern Alps, is referred as the ‘Backbone’ of New Zealand’s South Island. Dense rainforest in the west and beech forest in the east create a delightful contrast. From high mountains to rock shelters and glaciers to steep gorges, diversity thrives in this wonderland. Entering the national park through Arthur’s Pass, the highest and most spectacular pass across the Southern Alps, is just the beginning of a wholesome experience.

The Park was established in 1929. It is South Island’s first National Park and the third in New Zealand. Earlier, the place used to serve as a passage between the east and west by the Maori hunting parties. In 1864, a surveyor Arthur Dudley Dobson found his way over the pass. The Park derived its name from the founder of the route.

Things to Do at Arthur’s Pass National Park

Hiking – Hikers will have a jolly good time walking down the Bridal Veil Track or Cons Track. Wonder at the Avalanche Peak, explore the Mount Aicken, and meet the alpine parrot.

Skiing – Every winter (late June to early October), the Temple Basin Ski Area gets ready to host enthusiasts who make the most of the skifield.

Mountaineering – The Park is considered a mecca for mountaineers. If you are new to mountain climbing, you can settle for classic routes. Everyone else can think of exploring challenging terrains.

Mountain biking and wildlife watching are other activities that will help you discover the treasures of the region.

Exploring Castle Hill is an exciting proposition as these unusual limestone formations are a perennial favorite of photographers. Movie such as the Lord of the Rings and the Chronicles of Narnia were shot around this area.

Cave Stream Scenic Reserve is another natural wonder that will keep you hooked on to it. The 594-m-long cave is an outstanding feature in the region.

The Craigieburn Forest Park is another major attraction owing to its beech valleys, grasslands, and lofty mountains higher than 2300 meters.
The 8.5-km-long rail tunnel between Otira and Arthur’s Pass is worth a visit for the sheer engineering feat it had achieved and its historical significance.

Where is Arthur’s Pass National Park?

The National Park is located between Canterbury and the West Coast of New Zealand’s South Island.

By Air – The Christchurch International Airport is the nearest airport to Arthur’s Pass National Park . It takes less than a two-hour drive to traverse a distance of 141 km.

By Train – The nearest railway station to Arthur’s Pass is around 10 km from here. The Tranz Alpine train takes you on a day excursion from Christchurch to the Arthurs Pass. It’s deemed as one of the world’s most scenic train rides that take you to the Canterbury Plains, gorges, and river valleys.

By Road – Take the Canterbury road from the West Coast road to reach the national park. This 122-km -long journey is covered in a two-hour drive.

Huge varieties of meat pies appear before you as you enter the Famous Sheffield Pie Shop. Apart from pies, pizza, quiche, cream cakes, cheesecake, and tarts are also quite a hit in this roadside bakery located on the road to the Arthur’s Pass. Wobbly Kea and Arthur’s Pass Store & Café are other favorite eateries near the Park.

The best time to visit the Arthur’s Pass National Park is during the winter months from April to September. This is the time when you can make the most of winter sports and snowfall.

Do not forget to fill petrol tanks to full capacity before you leave Springfield. Though, a petrol pump operates at the National Park, it remains open from 8 am to 5 pm and it’s a more expensive affair.