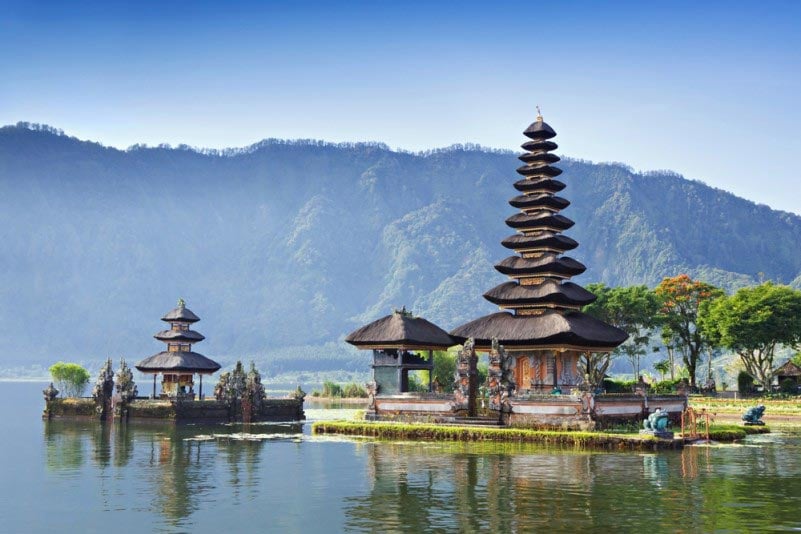 The equatorial country of Indonesia offers a tropical getaway that features beaches, islands, mountain peaks, wildlife, history, and a variety of Southeast Asian cultures. A melting pot for several Southeast Asian religions and immigrants, Indonesia covers an area of almost two million kilometers of different regions and their distinct subtleties.

Located almost between the Indian and Pacific Oceans, the Indonesian archipelago’s neighbors are mostly nearby islands, except for Malaysia in the north, and Papua New Guinea and East Timor in the east. Indonesia’s proximity to Australia, India, and the Southeast Asian countries of Vietnam, Philippines, Singapore, and Thailand makes it an attractive vacation destination for people of these countries.

Indonesia, known for being the largest archipelago in the world, has about 17,508 islands under its control, of which 6,000 are inhabited. Owing to its equatorial location, Indonesia’s climate in the plains and seaside is tropical with dry (June to September) and wet (October to May) seasons. In the regions with high altitude, like the mountain peaks in Papua, Sulawesi, and Java, the weather is cooler. The country’s official language is Indonesian, but you may find other Southeast Asian languages, like Chinese, Arabic, etc., being spoken in different regions. Similarly, holidays in Indonesia are also region specific. For instance, in the Chinese-dominated Borobudur, major holidays are the Chinese New Year and Lord Buddha’s birthday (Waisak). Then again, Indonesia has the largest Muslim settlement anywhere in the world. Hence, Ramadan, and Id-ul-Fitri or Lebaran is seen being celebrated all around the country.

The Indonesian archipelago can be best entered by air or sea.

If you wish to travel between cities or islands of Indonesia, you can easily find a domestic flight to a nearby airport.

By Sea: Ports in Singapore and Malaysia have regular ferry services to Indonesia. With about 300 public ports in the country, traveling by sea is a rather preferred mode of reaching Indonesia as well as moving around its islands. According to statistics, about 14 million passengers use the sea for traveling around the islands yearly. Many of these ports cater to international and domestic import and export of different kinds of cargoes. Some of the ports are also specialized for special commodities like rubber and oil. The Tanjung Priok Port in Jakarta is a convenient way to sail to Indonesia. If you wish to reach any of the other islands, here is a list of important ports that you can ferry to:

By Road: If you wish to travel in the same island, a select number of buses are available from Papua New Guinea, Malaysia, and East Timor. You can also drive across the land borders. You must carry a valid visa for entering Indonesia. The main crossing points between the countries are:

There are buses plying between cities and provinces in Indonesia as well, especially between Sumatra and Java. You can find both air-conditioned and non-air-conditioned buses for the travelers’ comfort and budget needs.

There are a wide range of leisure and entertainment options for travelers to Indonesia. The archipelago offers something for everyone, from a laid-back to an adrenaline-packed vacation. There are a number of spas and spa resorts in the islands of Bali and Java. The spiritual monuments, serene natural surroundings, and meditation or wellness centers allow tourists to cleanse and rejuvenate their body and soul. You can also try the delectable spread of spicy Indonesian curries, fresh seafood preparations, and succulent exotic fruits. The local street food in Jakarta is a must-try for foodies. Other renowned culinary places include Bandung in West Java, Boulevard Area in the Manado City in North Sulawesi, and Semarang in Central Java. If you wish to experience Indonesia’s tribal culture, you can head to Tanah Toraja in Sulawesi, which is home to the Torajan tribe.

Indonesia prides in having one of the largest tropical forest areas in the world. Nature lovers, therefore, have an array of nature trails and cruise options in the country. A river cruise along the Sungai Kapuas River in Borneo provides a great way to see the dense mangrove jungles. The country is also home to several interesting and exotic fauna like the Orangutans, Komodo Dragon Lizard, and Tarsiers. Famous natural sites in Indonesia include Barren Komodo, Bukit Lawang (Sumatra), and Tangkoko Reserve (Northern Sulawesi). You can also visit the Bali Bird Park, and the Bogor Botanical Garden to see the wonders of nature.

The Ancol Dreamland in Jakarta is a popular amusement park in the country with attractions like a water park with options for fishing and boating, and art center featuring puppet shows, paintings and wood crafts.

Trekkers can take the hiking routes in the islands of Lombok, Borneo and Papua. The Gunung Rinjani summit in Lombok is renowned for a crater lake. The 2,392 m high Mount Bromo in the Bromo-Tengger Semeru National Park has a dramatic landscape and a volcano crater. Lake Toba is famous for its volcanic lake, believed to be the largest in the world.

In addition to these, tourists can enjoy a variety of water sports in Indonesia, like sea surfing in the Grajagan Bay in East Java, scuba diving in Bunaken, and snorkeling and diving in the Wen Island.

Each island in Indonesia has distinctive features, making them more attractive to travelers. Listed below are the must-visit ones.

Listed are the things to keep in mind while traveling to Indonesia: 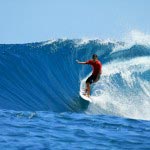 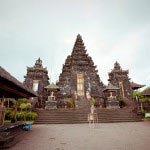 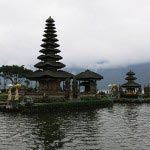 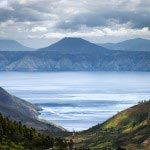 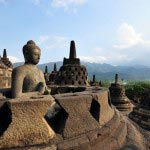 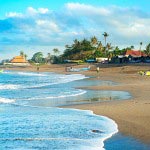 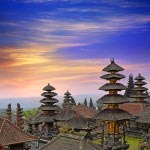