Valley of the Kings Travel Information 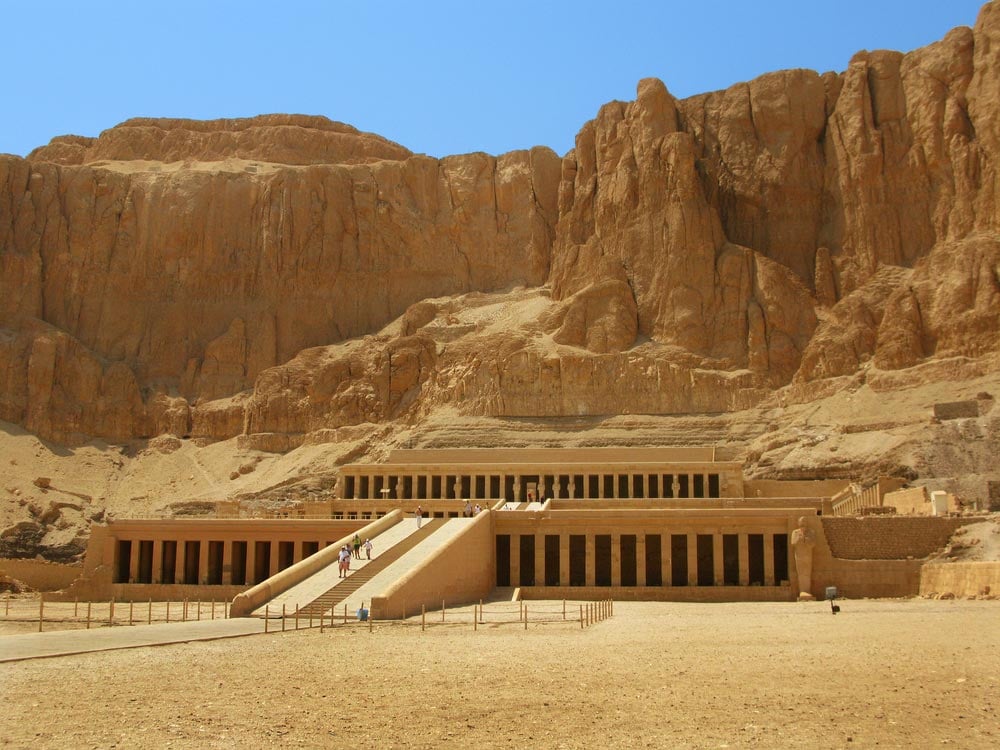 Valley of the Kings, Egypt – The Ultimate Resting Place for most Egyptian pharaohs

This is where the mightiest of the Kings were laid to rest and this is where surprises are churned out every now and then. The Egyptian Pharaohs may have died thousands of years ago; the treasure hunters may have combed this royal burial ground for ages, but the popularity of the Valley of the Kings hasn’t waned a bit. The royal tombs from the 16th to 11th century BC are stimulating for archaeologists and exciting for travelers.

Valley of the Kings History

The history of this place is fascinating and much different from the contemporary beliefs. That’s one reason why these discoveries are important in today’s world since they reflect the beliefs that Egyptians used to have about afterlife. This burial ground of the Pharaohs, which contained great treasure at some point in history, was looted only about a century and a half later and no one will probably ever know as to what those treasures were. Moreover, the reason why this site was chosen as the burial ground is still unknown. The Valley of the Kings was recognized as a UNESCO World Heritage Site in 1979.

Valley of the Kings Tombs

Only 10 out of the 63 discovered tombs are open for the public to visit and explore because the rest undergo restoration in turns. Travelers are able to experience the local way of life while discovering the mysterious past of this place that used to be filled with wealth.

The Peak of Al-Qurn – Closely resembling an Egyptian pyramid, Al-Qurn is a mountain peak west of the Nile and is clearly visible from the Valley of the Kings. Its pyramid-like shape is believed to be the reason why it was chosen as the site of the royal necropolis.

Hatshepsut Temple – One of the most beautiful temples in Ancient Egypt is The Mortuary Temple of Hatshepsut. It is situated at Deir el-Bahri. Dedicated to the Pharaoh Queen Hatshepsut – the stepmother of Thutmose III – the temple draws thousands of travelers every year.

Luxor Temple –  The Temple of Luxor is a vast and sprawling complex and a fine example of Egypt’s ongoing history. Construction is believed to have commenced under Amenhotep III during the 18th dynasty of Ancient Egyptian rule. Read More…

Other Places to Visit nearby are Valley of the Queen, Ramesseum and Luxor Museum of Ancient Egyptian Art

Valley of the Kings Location

The Valley of the Kings is situated on Kings Valley Road at Qesm Al Wahat Al Khargah in Luxor, Egypt.

Valley of the Kings Map

By Air – The nearest airport to the Valley of Kings is the Luxor International Airport. It is 32 km from the valley. Close to a 50-minute drive is all it takes to get there.

By Train – The Luxor Railway Station is the nearest station from the Valley and is around 27 km away. A 45-minute drive from the station is enough to reach the Valley.

Valley of the Kings Facts

Valley of the Kings Entrance fee

Jewel of the Nile, Sofra Restaurant & Cafe, Pizza Roma-it, Al-Sahaby Lane, and Esquire Restaurant & Bar, are the options one can try for Continental, Mughlai, Italian, or local cuisines near the Valley.

The best time to visit Egypt is from October to April. It is advisable to begin the journey at 7:30am. The travel guides lay bare their knowledge about Egypt’s past and answer any questions that you might have.

Photography is not allowed inside the tombs.