Valley of the Queens (Biban Al-Harim) 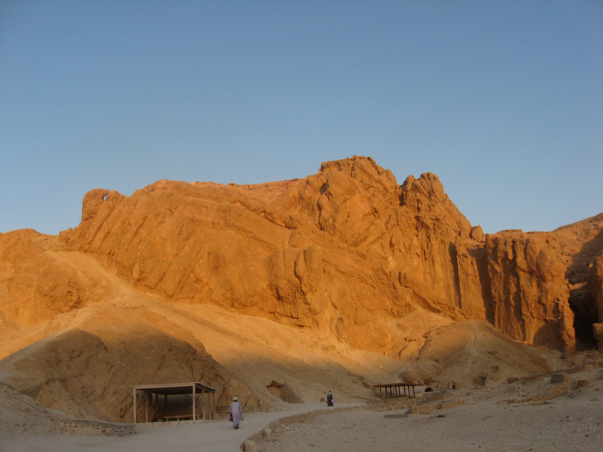 Valley of the Queens near Luxor, Egypt

The tombs found here are smaller than the ones of the kings. The structures of the tombs include a small antechamber, a long narrow corridor with several side chambers, and the main burial chamber at the end.

The tomb of the famous Queen Nefertari, the principal consort of King Ramses II is one of the most important tombs in the valley. The tomb was in a poor condition because of the salt crystals seeping through its poor quality limestone. After extensive renovation, it was restored and reopened for the visitors. However, nowadays it is closed to the general public because of the high levels of carbon dioxide and water in the exhalations of visitors which were damaging this beautiful structure.

The tomb of Queen Nefertari consists of a stairway leading down to a hall. On the walls, there are representations of the Queen with different Gods and Goddesses. This hall leads to an inner side chamber. The chamber again is decorated with religious scenes such as Queen Nefertari burning incense, and making offerings to the Gods Osiris and Atum. A corridor from the chamber leads to the burial chamber, the walls of which are decorated with scenes of the “Book of the Gates”.

Three of the sons of King Ramses III were also buried here. Amongst these burial chambers, Tomb 55 is considered the most important tomb. It is the tomb of Prince Amun-her-Khopshef, a son of King Ramses III who died at an early age. You can find beautiful scenes on the walls of the first chamber of this tomb.

The scene depicts the Prince, with his father making offerings to various deities. The large hall is also decorated with some scenes of the “Book of the Gates”. Tomb 44 belongs to Prince Khaem-waset, who was another son of Ramses III. It has 2 long corridors, with 2 side chambers, and a square burial chamber.

« Honeymoon in Philippines Journey to the spectacular Jebel Hafeet Mountain »