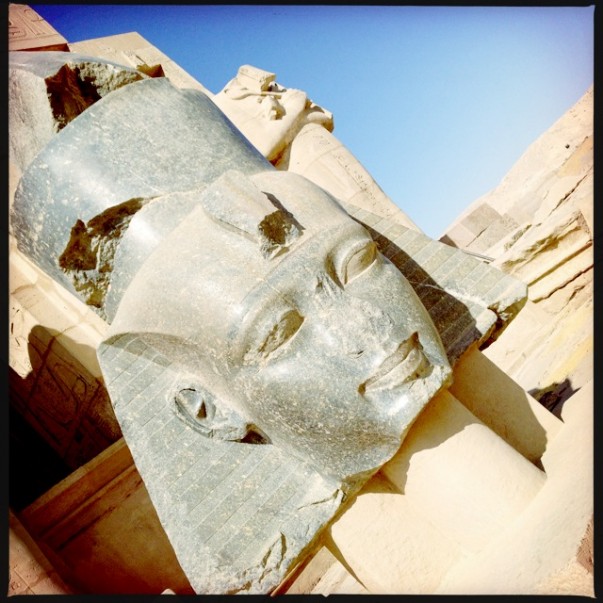 Ramses II's head at the ruins of the Ramesseum in Luxor, Egypt

Though it lies in ruins, the Ramesseum is a magnificent example of the scale, not to mention the flamboyance, of the power and awe that some of ancient Egypt’s pharaohs commanded.

What is seen today are the remains of one of several monuments that Pharaoh Ramses II commissioned over the course of his 67-year reign. It may be far from modest but there are few pillars or temples in Egypt that do not feature his name or image.

The Ramesseum is located in Thebes on the west bank of the River Nile. The best-preserved statues can be found in the second court. They depict Osiris, the god of death. The upper portion of one of them is without a torso and head because they are now in the British Museum as part of the Egyptian Gallery.

The allure of the Ramesseum can still be felt today in spite of it being a far cry from what one can only imagine it looked like during its heyday. The site even inspired legendary poet Shelley to write some of his most famous lines in his poem Ozymandias: “Two vast and trunkless legs of stone, stand in the desert...nothing beside remains...the lone and level sands stretch far away.”

Know about all extraordinary Places to Visit in Egypt