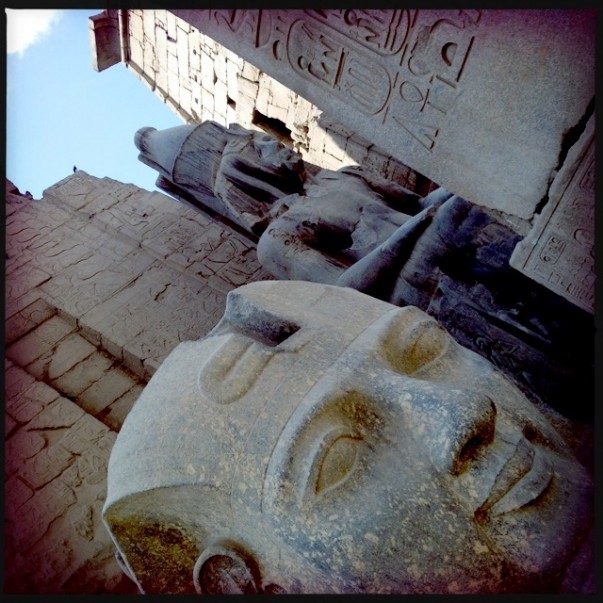 If for whatever reason you’re only able to do one thing in Luxor, make sure it is the Temple of Luxor!

The Temple of Luxor is a vast and sprawling complex and a fine example of Egypt’s ongoing history. Construction is believed to have commenced under Amenhotep III during the 18th dynasty of Ancient Egyptian rule. Following that various pharaohs played their part in building the temple such as Tutankhamen, Hatshepsut, and Ramses II. In fact, the remnants of a giant statue of Ramses II greet you at the entrance and as you make your way through the temple complex you can see each pharaoh’s influences through the various statues and images carved into the walls, pillars, and obelisks of the temple.

What’s particularly interesting about Luxor Temple is that its history can be traced back to somewhat ‘modern’ times. Unlike other sites in Egypt which qualified as ancient for even the Greek and Roman civilizations, additions to the Luxor Temple were being made up until the 14th century AD when a mosque was erected in honor of Abu Al-Haggag, the man responsible for bringing to Islam to the region.

Make sure you give yourself a couple hours to spend here because it’s easy to get engrossed in the history and difficult to tear yourself away.