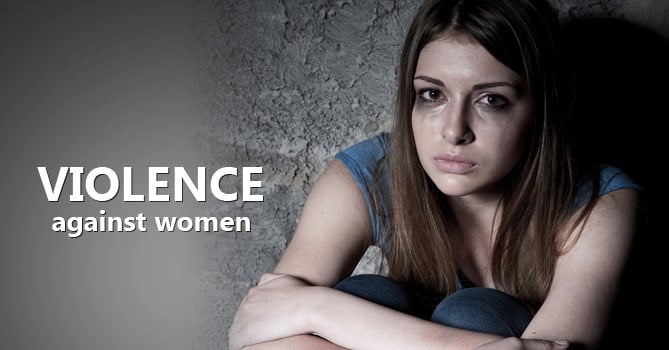 In most of the cases, instances of violence against women are not reported to the authorities. A study was done in the 28 countries, which happen to be European Union members, with 42,000 women. In that interview it was found that around 14% of the women reported incidents, where their intimate partners had subjected them to serious violence, to the police. In case of similar incidents committed by non-partners, the count came down to 13%.

There are at least 700 million women in the world who have been married off when they were mere children. 250 million among them have been married before they turned 15. The situation of child brides is precarious considering they are never in a position to ensure safe sex and as a result they can suffer from sexually-transmitted diseases such as HIV later on. They also become pregnant pretty early on in their lives. Since the girls at this age are not mature enough to become mothers it means that both they and their babies are at risk. It is also seen that girls in the economically-disadvantaged sections have 250% more chance of getting married off early than their richest counterparts.

Among married women it has been seen that existing or earlier intimate partners were the ones who subjected them to maximum physical violence. Around 120 million girls across the world have experienced forced sexual acts such as intercourse at certain junctures of their lives.

Female genital mutilation of FGM is highly common in countries across the Middle East and Africa. In 29 countries in both these regions, at least 133 million women have experienced some or the other form of this rather hideous ritual. The problems for girls experiencing FGM are not limited to psychological and physical issues – they can experience continued bleeding, and are at risk of being infected by diseases such as HIV. They may either be unable to give birth later on and could face complications when they become pregnant and could die as a result of this as well.

Trafficking is the most obvious way that girls and women are entered into the business of slavery these days. All across the world almost 20.9 million people have become victims of forced labour and girls and women represent 55% of them. This amounts to some 4.5 million individuals. Out of these 4.5 million women and girls, 98% are victims of some form of sexual exploitation.

It has been estimated that 40-50% women in European Union receive sexual proposals without their agreement. This also includes sexual harassment at workplace and unwanted physical contact. In the U.S., the amount of girls in public schools in the age group of 12-16 having faced some or the other kind of sexual harassment is 83%.

The problems do not just end here for women. It is seen that in urban areas they have a 200% likelihood of being subjected to some form of violence as compared to men. It was found during a study conducted in 2010 at New Delhi that 66% women have reported cases of sexual harassment 2-5 times in a year.

According to research conducted in various countries it has been seen that sexual and physical violence and diseases such as HIV are connected. The research was conducted for 10 years in countries such as Rwanda, South Africa, Tanzania, and India and included women from various sections of the society and it was seen that there are some women who have faced some form of violence from their partners and have consequently been affected by HIV. In the U.S., among women who are 20 years old and more and suffer from HIV, 11.8% of the newest patients have cited partner violence as the main cause.

In 2003 it was estimated that in the U.S. violence by intimate partner cost the country 5.8 billion U.S. dollars and a year later Wales and England were poorer by 22.9 billion pounds because of the same reason. In 2009, a similar study was conducted in Australia, where the costs came to somewhere around 13.6 billion Australian dollars a year. A similar study was conducted in Vietnam as well. Here it was seen that the loss of income and out-of-pocket costs borne by victims of domestic violence against women accounted for almost 1.4% of the GDP. The aggregate loss of productivity was estimated at 1.8% however.