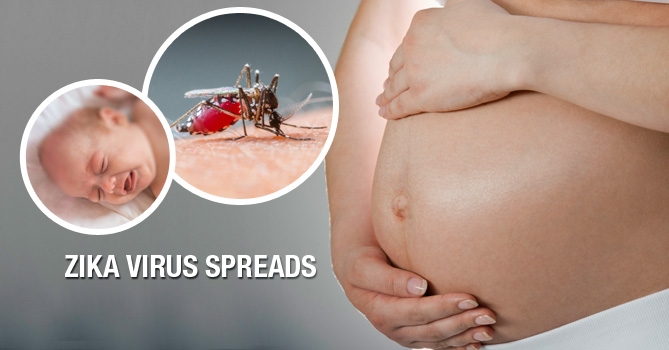 Zika virus is the main reason for an ailment named birth defect microcephaly. This is a condition that causes babies to be born with exceptionally-small heads and also leads to brain damage. As the WHO states this disease is spreading at an exponential rate in the Americas, especially in South and Central America. WHO has already issued a warning stating that it expects around four million people could be afflicted by the disease in days to come. The carrier of the virus is a mosquito named Aedes Aegypti that had been identified first in 1947 in Uganda. It was not known in the Americas till 2014. A few cases of Zika have also been identified in New Zealand already. Brazil has been hit the hardest with 1.5 million cases. Colombia has seen 13,524 confirmed cases and at this rate it is expected that by the end of 2016 it could go up to 60,000. There have been 4,700 such cases in Venezuela. The US has confirmed 31 cases already.

Alert sounded by WHO

Margaret Chan, the head of WHO, has also summoned an emergency meeting that is expected to take place on February 1 at Geneva. At that meeting the world body will decide if it can be regarded as a global outbreak. However, it has said that the disease is spreading ‘explosively’. Chan has also stated that the level of its warning is incredibly alarming. WHO’s projections have been done on the basis of mathematical models and are inclusive of people who have developed symptoms and ones who have not.

The symptoms of the virus and who does it most affect

The initial symptoms of anyone affected by the virus are a lot like flu in the sense that the individual suffers from fever, red eyes, and rashes. It is said that this virus can only attack one among five people. These symptoms stay only for a few days. However, pregnant women are at the greatest risk from this disease. The biggest problem of this ailment is that it does not have any cure as yet. In most cases the people themselves may not suffer from the symptoms but may pass it on to their unborn children.

Why is Brazil most at threat? Why are petitions being made to allow abortions?

The major reason that Brazil stands to suffer the most from the virus is its laws against abortion. As has been already said, pregnant women are the most susceptible to this ailment and this is where Brazil’s laws against abortion – with the exception of extraordinary circumstances such as health emergencies such as anencephaly, and rape – will hurt its poorer women the most. There is already a suggestion in certain circles that Brazil is responsible for the outbreak of the disease and it is faring rather poorly in its fight against the disease. Brazil’s lawyers, scientists, and activists feel that in any case the rich women will abort, even if it is illegal, but poorer women will have no such leeway. This is the reason that petitions are being made to allow abortion in case they are diagnosed with such symptoms during pregnancy.

How is it likely to affect the Summer Olympics in Rio de Janeiro?

The Rio Olympics are only around six months away and South America is already seeing a major outbreak of Zika virus. This is why the International Olympic Committee (IOC) has decided to issue a note of advice to athletes who are supposed to take part in the event. Thomas Bach, the President of IOC, has stated that National Olympic Committees will be provided guidelines that will have to be followed by all participants during the event. Organizers, however, are saying that August is winter in Brazil and the dry and cool conditions will significantly reduce the chances of a possible outbreak.

What are the preventive measures suggested and undertaken by WHO and governments?

The Government of El Salvador has asked its women to avoid getting pregnant before 2018. The US has asked its pregnant women to avoid traveling to Latin America for the time being. In fact the U.S. Centers for Disease Control and Prevention have organized conference calls in order to discuss ways in which the disease can be countered. Brazil has already deployed around 20,000 soldiers to stop the outbreak of the disease. It, along with Honduras and Colombia, has also advised women to avoid being pregnant. It is also being expected that several countries in South America may have to do away with abortion in order to counter the growing threat of this disease.

How can the outbreak be arrested?

Experts are saying that if certain steps are followed the outbreak of Zika can be stopped. First of all, serious efforts need to be made to identify the virus. It is also important to educate people about the virus as well as how mosquitoes are carrying the same. It is important to initiate programs to control mosquitoes as soon as possible. Pregnant ladies should also not travel to places where people are being affected by the virus. It is also important to research the virus on a bigger scale and come up with a vaccine as soon as possible. WHO has also advised usage of precautionary measures like mosquito nets, insect screens, closing windows and doors, wearing long clothes, and repellents to prevent getting bitten. It is also important as per WHO to not let water accumulate at any place as such conditions are fertile breeding grounds for mosquitoes. In case of collected water it should be treated properly with pesticides and insecticides so that the mosquitoes and larvae can be nipped in the bud.