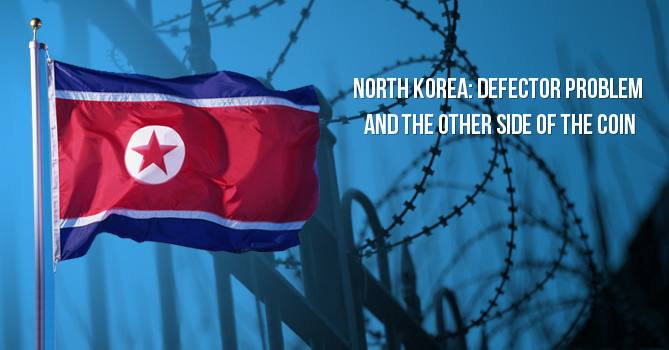 There are several reasons as to why people defect from North Korea. The issue of food shortage is serious, borne out by the famine that struck the country in 1990 and is still regarded by many as being the brainchild of the national administration. The executions seem to happen without any proper reason at times. The propagandist nature of things is also a major deterrent for many people. In most of the cases, people who have defected to other countries tend to reveal the lesser-known ills that plague the country also known as Hermit Kingdom. However, there are always exceptions and one lady has now gone on record saying that she wants to go back to North Korea.

The Story of Kim Ryon Hui

Kim Ryon Hui is a dressmaker from Pyongyang, who was supposedly smuggled into South Korea and now wants back. Kim has stated that she is feeling imprisoned in South Korea and wants to return to her home in the North Korean capital to see her family. Kim belongs to an upper-class family back home and lived in a comfortable apartment with lot of space that was provided by the government thanks to her husband’s position as a doctor. In 2011, she contracted liver disease and went to China to be treated. She stayed there with a cousin. She thought that just like in North Korea, the state would bear the costs of her treatment. However, she was wrong and the costs kept piling up much to her chagrin.

In fact, she also told CNN that she was unable to go through the treatment in China since the financial burden had become too much for her and she could not lend any more money from her cousin. Kim was informed by a broker at this juncture that South Korea was going to be a financially lucrative proposition for her and she started to seek out avenues to somehow enter the country. She thought that she could earn well over there, get treated and then somehow get back to North Korea and treat her old parents, who are not in the best shape.

However, she was not aware that the moment she entered South Korea her citizenship of North Korea would be annulled. She did not know that she would be regarded ineligible for the South Korea program for accepting defectors from up north. What made the situation worse was the fact that South Korea does not have any program for helping such people go back to their homeland. She became rather desperate and pretended to be a spy from North Korea. However, she was unaware of the fact that South Korea imprisons spies instead of deporting them. Kim now accepts that the decision lacked intelligence. It was in April that her sentence for espionage and passport fraud was revoked. Ever since, authorities in South Korea have monitored her closely after placing her on parole. Her pleas to be returned to homeland have been rejected by South Korean officials.

What does North Korea say?

The state media in North Korea has heavily criticized the decision of South Korean counterparts calling it a humanitarian crime and asking the guilty to be brought to justice. They have also stated unequivocally that Kim should be allowed to come back to North Korea on the basis of the strong appeal she has made.

How is Kim Now?

The protestations of North Korean media, however, have had no effect on the present condition of Kim. She is presently staying in Daegu, where she is working at a recycling plant as a machine operator. She is also being treated for her liver condition. In spite of the improvement in her health she is in a sorry state mentally. She accepts that she made a wrong choice in trying to get money for her treatment and this has led to her present predicament. She regrets it completely and blames herself for the present situation being faced by her parents, daughter, and husband.

Why do People flee?

For people who have fled North Korea, it is supposed to be one of the most repressive and cruel regimes imaginable. It is said to be a country where the government keeps people in Gulags, supposedly modern day versions of German concentration camps such as Auschwitz. Here people – dissidents, political prisoners and suspected defectors – are imprisoned with their families and forced to work hard without much food or sustenance. They also face other issues such as sexual abuse and other forms of torture. In fact, a number of defectors have said that they have interacted with people in the camp and most of them do not know why they are imprisoned. It is said that on an average, five people die every day in these camps.

It is also said that North Korea leases forced laborers from these camps to countries such as China, Russia, and countries in the Gulf and earns revenue. The situation is supposed to be precarious for both the privileged – who are said to account for a miniscule part of the population – and the ones who are not so fortunate. The gravity of the situation can be imagined from the fact that these people have had to pay a heavy price in order to be free and most of them are never likely to see their families ever again. However, they do not regret it and enjoy their freedom a lot while hoping to be united with their near and dear ones someday. For these people, reunification is the only solution to the society they have left behind and they wish prominent countries to support the same.

The Other Side of the Coin

Going by the above information, one may think that instances like that of Kim are exceptions. However, of late, many people who have defected from North Korea are finding life hard in South Korea. They say that they enjoyed much better lives back in North Korea. The fact that the number of suicides among such people has consistently been on the up since 2009 perhaps proves their point.

The Unification Ministry of South Korea shows that 15.2% among North Korean defectors commit suicide. This is thrice the national average. In 2009, this percentage stood at 16.7%. In fact, South Korea is one of the leading countries among OECD (Organization for Economic Cooperation and Development) members as far as suicide is concerned. Won Hye-young, a legislator, says that in 2015, alone eight North Korean defectors have taken their lives. He finds the situation to be a serious one, pointing out issues such as economic hardships, loneliness, and isolation as causes behind the mishaps.