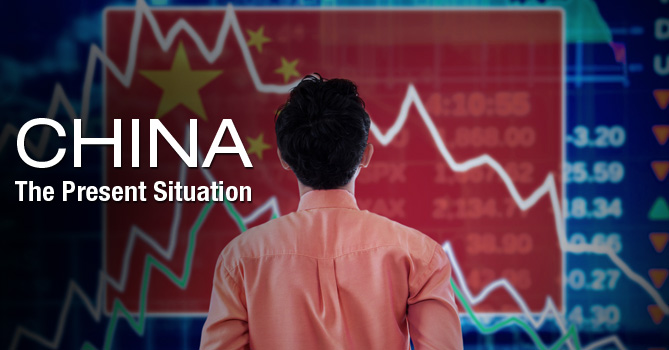 China is the biggest economy in Asia, a region which also has other economies such as India, Japan, South Korea, etc. that are doing reasonably well. However, its recent slowdown has had some major effect on the overall economy of the country. This is borne out by the reducing profits of the various companies and the rate of people without jobs remains the same as ever. As things stand now, the future does not look too bright for companies in China as far as making profits is concerned. The statistical bureau of the Chinese Government says that the industrial economy of the East Asian country is facing a significant amount of pressure.

The rate of unemployment in the urban areas of China has remained at 4.05% when the third quarter ended. The social security ministry of China has also stated that this is marginally higher than the second quarter when the rate of urban unemployment was estimated at 4.04%. The government is looking to create a minimum of 10 million jobs in 2015. It will also aim to restrict the rate of jobless people. The industrial companies’ profits have gone down by 0.1% in September when compared to September 2014.

The statistics bureau of China has also showed that in August 2015 this sector had experienced a reduction of 8.8% in their profits. So, following the unprecedented collapse the results of September can be considered some sort of improvement. When compared between the first nine months of 2015 and the similar period in 2014, industrial profits have gone down by 1.7%. The major industries in China are ones with yearly revenue in excess of 20 million yuan. The quoted amount takes into consideration only the major expenses. The core industrial revenues have decreased by 0.5% as well and this is the first time in many years that such a phenomenon has occurred.

The political firmament in China is changing with at least 50% of the members who had been elected to the Central Committee of the Communist Party of China (CPC) being moved over to other positions. This is a major power shift and shows that a shift of political power is in the offing. All this is likely to be of great help to Xi Jinping, the President.

The CPC Central Committee members in question had been elected at the time of the 18th National Congress during 2012. Some of these people have also been relieved from their existing positions. Global Times, a tabloid run by the Chinese Government, has cited some reasons for a change as large and rare as this. It has stated that the government is presently undertaking a campaign against corruption and is also attempting to improve the economic conditions.

The official newspaper of the Chinese army is of the opinion that its enemies in the West are attempting to project a wrong history of the CPC as well as the armed forces. These enemies are also trying to impose what it has termed a color revolution on the soldiers who have supposedly appeared to be vulnerable to external influences. It has been reported that Xi Jinping has had to ask the national armed forces to remain loyal to the CPC. He is also supposedly upping the ante as far as combating corruption in the military is concerned. The Chinese President is also aiming to make the army more modern considering they are the only source of security in the South and East China Seas. It needs to be remembered that these are disputed zones but China has also not had to take part in a war in several years.

China’s trade deal with the UK

The relations between UK and China are set to reach a new high with the biggest gathering of business executives and officers from China to come to the European country since 2005. Both the countries are also supposed to sign trade deals that are supposed to go up to billions. 10 years back the main areas of concern were the protesters who were angry at the occupation of Tibet by China. However, this time around such contentious issues have been kept aside. The visit is supposed to go on for four days and it is expected that this will herald a golden era in the relation between the two countries. Both Xi and Cameron have said that both are committed to create a detailed strategic partnership that will be globally applicable for the remainder of the ongoing century.

China is regarded by Pakistan as its closest ally, a friend who never leaves its side. Both the countries have had an exceptional and commendable relationship since the past four decades. Such emotions are also reciprocated by China, which shows how close these Asian countries are. However, such a relation has been time and again questioned by people. The major reason for these questions is the fact that China and Pakistan share virtually nothing. There is no shared culture, no boundary, no language, food or even history. According to experts, the only thing that links these countries together is their shared interest in maintaining some control over India, which shares boundaries – as well as less than amicable relations – with both of them over a wide array of issues with territory being the biggest bone of contention.