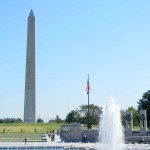 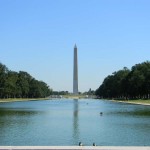 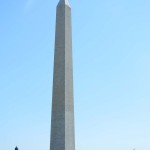 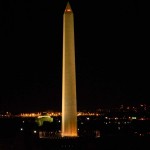 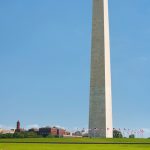 The Washington Monument is an obelisk at the National Mall in Washington, USA. It was built in memory of the first President of the United States, George Washington. The site which is operated by the National Parks Service, is situated in front of the Reflecting Pool, a shallow rectangular pond that reflects the image of the monument for a picturesque landscape. The monument is the world’s tallest obelisk and the tallest stone structure, made from marble, granite, and gneiss. The tower is rectangular at its base and topped with a pyramid.

The plan for the construction of the monument was initiated even before the election of George Washington as the president. The Congress approved the plans of the construction of Pierre Charles l’Enfant for an equestrian statue of Washington in 1783. Due to the non-availability of funds, this project did not attain fruition.

However, after the death of Washington, in the year 1833, at the 100th anniversary of George Washington’s birth, the Chief Justice John Marshall headed a small group of Washingtonians to make the monument for George Washington. The society collected private funds and conducted a design competition in 1836. The architect Robert Mills won the competition with a design which called for a crowned-off 600ft (183m) tall obelisk bordered by a circular colonnade with a height of 100ft (30.5m). The monument that stands today is very different from the original selected design.

The Washington Monument was once the place of a hostage situation. A 66-year-old Navy veteran, Norman Mayer took his van to the base of the monument and threatened to blow up the monument with 1,000 pounds of dynamite that he had in his vehicle. Several visitors were trapped inside the monument. The area was evacuated and after a 10-hour stand-off with law enforcement officials, when Mayer tried to run away, he was shot by the police. No explosives were found in his van.

Visitors to the Washington Monument can take an elevator in the tower to the top, but the tower was damaged in natural disasters in 2011, and will be closed to the public until 2014. The expected time of restoration is more as the erection of the scaffolding takes a lot of time. 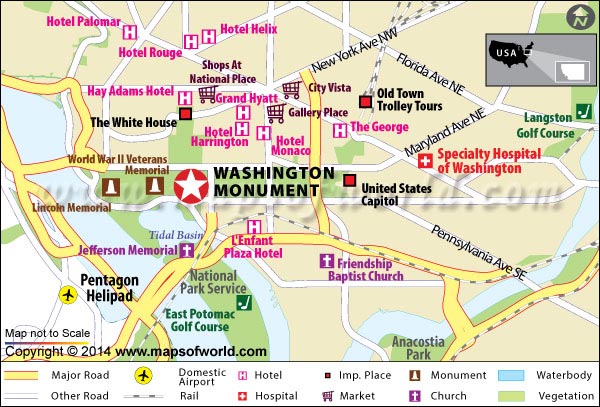 Where is Washington Monument?

The best time to visit the Washington Monument and Washington D.C. is in September through November, when there is a lot of activity on the Hill, and spring, when the cherry blossoms bloom and the National Mall looks most beautiful.

The Washington Monument opens everyday except July 4 and December 25, at the following timings:

Admission to the monument is free. The Washington Monument Lodge, located along 15th Street, distributes free tickets at 8:30 am.