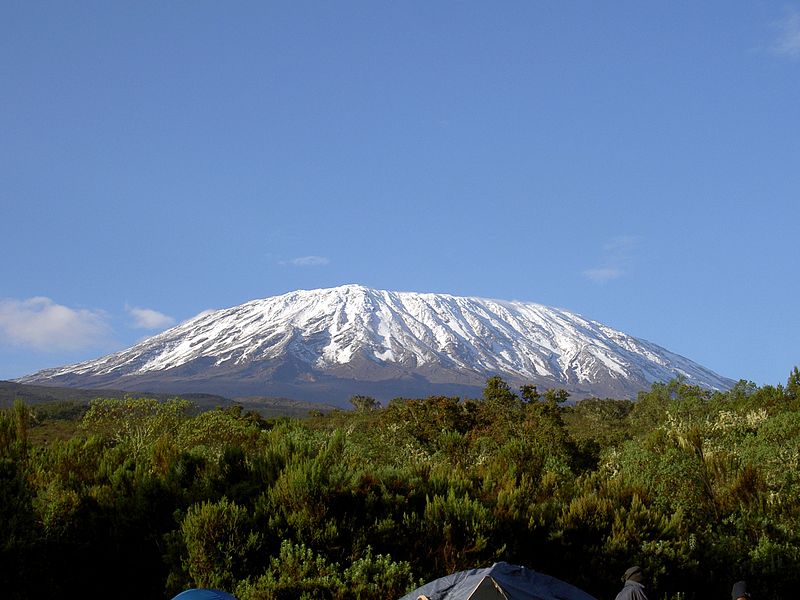 Mount Kilimanjaro is Africa’s highest mountain and among the most iconic peaks in the world.

Steeped in mythology, Mount Kilimanjaro is a peak celebrated in ancient lore and African literature. ‘The Rooftop of Africa,’ looming high over the boundless plains of the savannah, has long been a source of fascination for travelers. Unlike other peaks in the world, it is craved not only for it majestic peaks, but also for the diverse wildlife it sustains. With its permanently snow-capped summit and relatively easier ascent, it’s fair to name it “Everyone’s Everest.”

It is a huge stratovolcano that began forming about a million years ago and is made of many layers of hardened volcanic ash, lava, and pumice. The word ‘Kilimanjaro’ probably comes from the Swahili word ‘Kilima’ meaning ‘mountain’ and the KiChagga word ‘Njaro’ meaning ‘whiteness.’ The Maasai people refer to this mountain as a “House of God.”

Things to Do near Mount Kilimanjaro

Climbing Mount Kilimanjaro – Scaling this iconic mountain is a rewarding adventure and a life-long dream for many climbers. The Marangu Route, the most preferred route, takes five to six days to reach the summit. Machame, though a more rustic route, takes about the same time. The views from the top of the dome of Kibo are inspiring, if not picturesque. Since solo climbers are prohibited, you must be accompanied by a licensed guide.

Kilimanjaro National Park – The area of 652 sq. mi. comprises the Kilimanjaro and the surrounding Montane forest belt. It was declared a World Heritage Site by UNESCO in 1987. Elephants, leopards, common duiker, and blue monkeys are the animals frequently encountered.

Wildlife Watching – Besides the Kilimanjaro National Park, Serengeti is also among the best regions to spot both small and big games. Masai Lion, African Leopard, African Bush Elephant, African Buffalo, Nile crocodiles, and Tanzanian Cheetah are the most prized possessions of this national park. It is famous for the annual migration of more than 1.5 million wildebeests and zebras.

Outdoor Thrills – Enjoy trout-fishing and boating in Lake Victoria or take guided hikes to waterfalls and coffee plantations in Moshi. Hot air balloon safaris and walking safaris for game viewing are widely available in national parks. The alpine zone in highlands treats bird watchers with an abundance of birds of prey.

Where is Mount Kilimanjaro?

Mount Kilimanjaro is situated in the Kilimanjaro National Park in northern region of Tanzania. Whilst entirely within Tanzania, the mountain stands on the northern border of Kenya.

By Air – Kilimanjaro International Airport is the intercontinental gateway to Mount Kilimanjaro. The airport is referred as the “Gateway to Africa’s Wildlife Heritage.” It serves Arusha and Moshi, towns in northern Tanzania, with airlines to and from a few European, African, and Middle-east countries.

By Train – Railway station in Moshi is connected to Arusha by the Usambara Railway.

By Road – A23 road links Arusha and Moshi, before crossing the Kenyan border. Mount Kilimanjaro is 80 miles (128 km) from Arusha. It takes around an hour to reach the entrance near the mountain from the airport.

For luxurious stay, you can choose from, Sal Salinero Hotel, Amans Hotel, Lutheran Uhuru Hotel, Protea Hotel Aishi Machame. For mid-range accommodations, Osy Grand Hotel, Parkview Inn, and Kilimanjaro Crane Hotel are good options. There are plenty of camping sites and lodges available for climbers near the base of Kilimanjaro.

January to March and June to October are the best months for mountaineering. The wettest season in Kilimanjaro lasts from March to May.