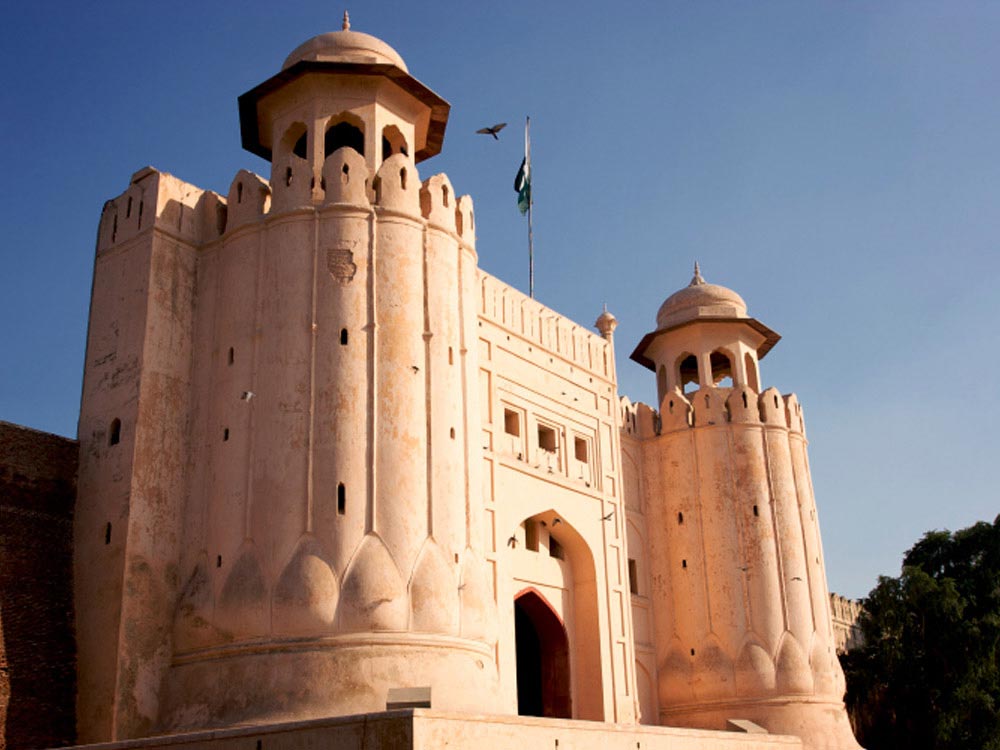 The Lahore Fort, locally known as Shahi Qila is one of the most popular tourist attractions of Lahore in Pakistan. The fortress in Lahore bears a strong architectural resemblance to the Agra Fort, in India. The fort has a prominent influence of the Persian style. Although the fort has undergone several revisions, yet the scheme of the Mughals seems to have been preserved.

The high outer walls of the Lahore Fort are embellished with blue kashi tiles of Persian origin. The fort is divided into two sections viz. The private palatial section and the administrative section. You can enter the northern half of the fort and the residential part of the fort using the Hathi Pol, or ‘elephant gate’. Towards the northeastern part of the fort you can see the red sandstone buildings, built in the reign of Mughal Emperor Akbar.

The Lahore Fort houses the Bari Khwabgah, or ‘large bedroom’, the sleeping chamber of Emperor Jahangir. Afterwards, Shah Jahan made an addition to the fort in the form of the Choti Khwabgah built in white marble.

The Naulakha Pavilion overlooking the Ravi river is a white marble chamber with curvilineal roof. Located in the northern section of the fort, this building along with the Sheesh Mahal is a fine example of the ornate architectural style.

The Alamgiri Gate was built to conceal the private sections of the fort and to give a separate way to the public to access the fort. This gate leads into the large courtyard of the Diwan-i-Amm, or hall of public audience.

The Shahi Qila also contains a mosque named Moti Masjid. The Pearl mosque built in white marble is located near the Alamgiri Gate. 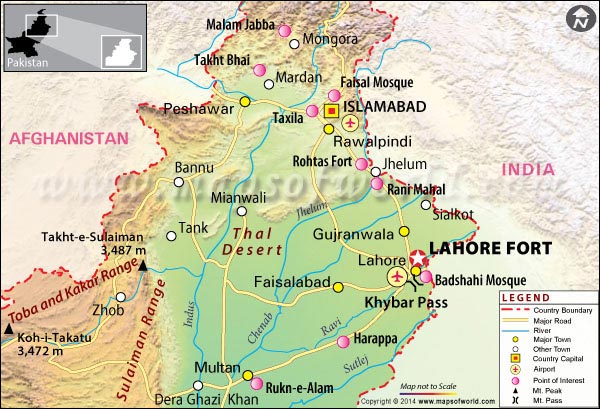 The Lahore Fort is situated in the northwestern part of Lahore, next to the Walled City. It is at a distance of 28 kms from Lahore Airport. You can reach the Qila by using mini buses, taxis and mini vans. Getting around Lahore is easy as the city is also served by metrobus, autos and auto-rickshaws / tuk-tuks.

The best time to visit the Lahore Fort is from November through March, when the weather is pleasant.

The Lahore Fort opens from Mondays through Fridays between 10:00 am and 6:00 pm.