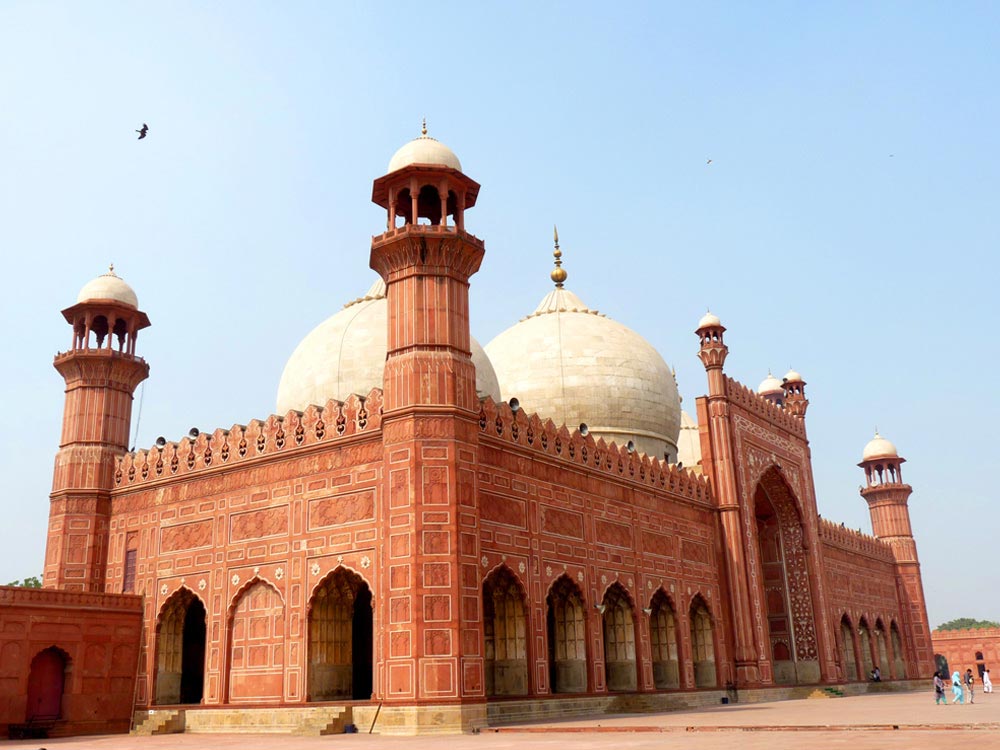 The Badshahi Masjid in Lahore, Pakistan

Badshahi Mosque in Lahore, Pakistan, is one of the most premier sites of worship for the followers of Islam. The mosque is an embodiment of splendor and opulence. It is said by the visitors to the mosque that the architecture of this magnificent mosque is very similar to that of the Jama Masjid in Delhi. The Badshahi Masjid is also known as the Royal or Imperial Mosque.

The interiors of the Badshahi Masjid are flamboyant. The embellishments of stucco tracery, which is known as manbatkari, and the fresco on the paneling along with the marble inlay are commendable. The exterior of the mosque is also equally beautiful. The lotiform motifs in bold embossment and the red sandstone marble inlay on the outer walls are outstanding.

The major architectural features of the Badshahi Masjid include four minars on each corner, the aisles or dalans  on every side, the square courtyard, the majestic entrance and the prayer room. All these features reflect the ancient style of mosque architecture. The mosque is built with kiln burnt bricks made of lime mortar, kankar (calcium carbonate) and red sandstone.

Don’t forget to visit the museum which is recently built at the complex of Badshahi Masjid. You will get to know a lot about the Islamic rulers of the region at the museum. If possible, visit the Badshahi Masjid at night. The well-lit mosque looks like a jewel encrusted on the city of Lahore. 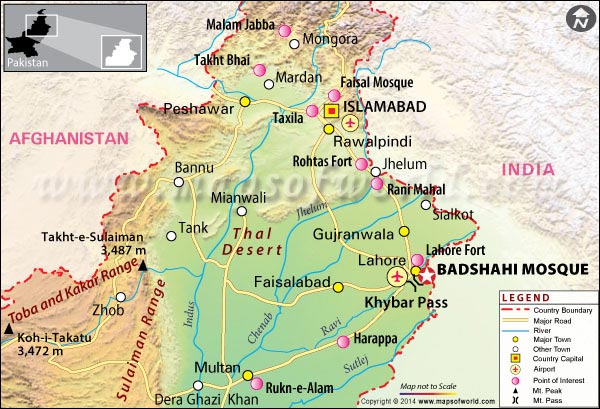 Where is Badshahi Mosque?

Badshahi Masjid is an amazing tourist attraction in Lahore, Pakistan. You can reach the masjid within a half-an-houre drive from the Allama Iqbal International Airport. If you are at the Mall, you can either take a taxi or autorickshaw to the masjid.

The best time to visit the Badshahi Masjid is from October through March as the weather is pleasant.

The Badshahi Masjid opens on Mondays through Fridays from 6:30 am to 8:30 pm.