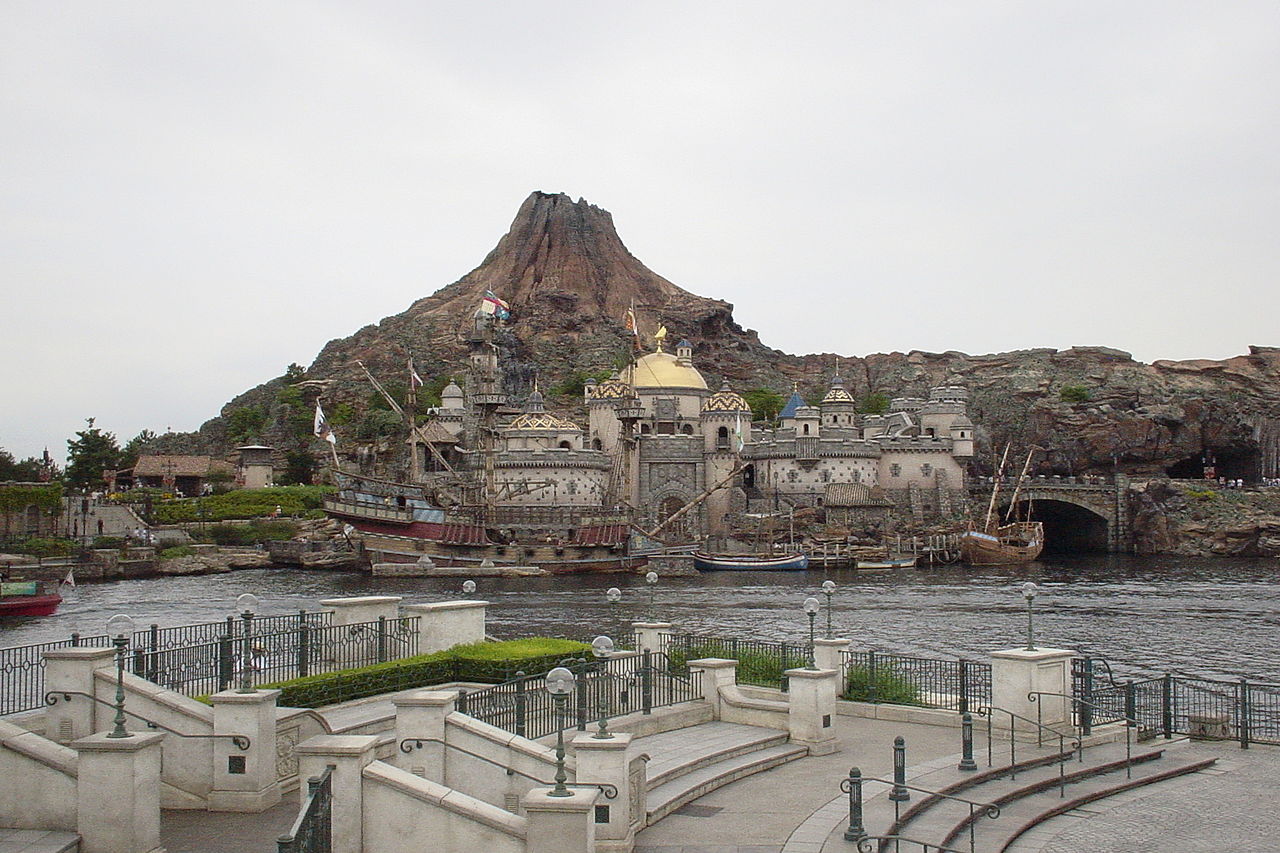 Enter the magical kingdom of Tokyo DisneySea, one of the most visited places in Japan, and leave Tokyo with memories to cherish forever. The Tokyo Disney Resort has two famous theme parks – the popular Tokyo Disneyland Park, and the Tokyo Disney Sea – a theme park mostly enjoyed by adults. Tokyo Disney Sea is based on an overall nautical theme. It has seven uniquely themed ‘ports of call’. There is the Mediterranean Harbor at the entrance of the park, and it opens up to another six nautically themed port, viz., American Waterfront, Lost River Delta, Port Discovery, Mermaid Lagoon, Arabian Coast, and Mysterious Island. The harbor is themed as an Italian port and has Venetian Gondolas that people can board and ride. Mysterious Island takes you on a journey to the core of the earth and a submarine expedition into the artificial marine world that imitates the treasures of the sea. It is set between Mount Prometheus, the park’s centerpiece and its most prominent feature. From here, you can reach the Mermaid Lagoon, which is home to the little mermaid, and is made to look like the Palace of King Triton. The Arabian Coast, set in the times of Aladdin, is an exotic Arabian harbor. At the back of the park is Lost River Delta, which is set in Aztec pyramid ruins and houses the ride called the Indiana Jones Adventure: Temple of the Crystal Skull. Port of discovery is also known as the “marina of the future”. It has the adventurous Stormrider to stir you up. The American Waterfront describes the northeastern seaboard of the USA in the early 20th century. The theme park also runs exciting shows, viz., the Fantasmic!, A Table is Waiting, Big Band Beat, Mystic Rhythms, and My Friend Duffy. All the shows are based upon Walt Disney’s timeless cartoon character – Mickey Mouse. The park is home to several shops and restaurants. Thus, you can easily satiate your hunger pangs, or buy some cool souvenirs. Tokyo Disney Sea has seen a record-breaking number of visitors since its opening, with Disney Sea Tokyo Ticket sales skyrocketing. It is one of the most successful theme parks in the world. It has had rave reviews from people of all age groups, be it kids or their parents. There are activities of interest for every age group, and there is a lot of fun to be had, be it with your family or your friends. While you take a break from all the amazing rides and attractions, there are various places to sit and enjoy various cuisines from different times at different ports. Each port has cuisines from the time and place that it has been set in. To enjoy every little thing the park has to offer, you need to spend at least three to four days touring it.

Where is Tokyo DisneySea?

The Tokyo Disney Sea Resort is located at a distance of about 59.6 km from the Narita International Airport. It is accessible via bus, train, and car. A direct bus service is available from the Haneda Airport to the theme park (it takes just 45 minutes to reach the theme park).

May-end is the best time to visit the Disney Park in Tokyo, as you would be able to avoid the major Japanese holidays and the weather is also idyllic. With lesser number of people in town, the park will be less crowded.

Usually, the park opens from 8:00 a.m. to 10:00 p.m. The timings are subject to change without prior information. It is best to check the official website for the current opening hours.

A one-day pass for an adult costs 6,900 yen, for young visitors under 18 years of age, it costs 6,000 yen, while for a child, it costs 4,500 yen. For senior visitors, a single day pass costs 6,200 yen. Several tickets are available at the Tokyo Disney Sea website, and the prices vary with the number of days/entry. Special Birthday tickets are also available.

What are the coordinates of Tokyo Disney Sea?

Which are the famous attractions in Tokyo?