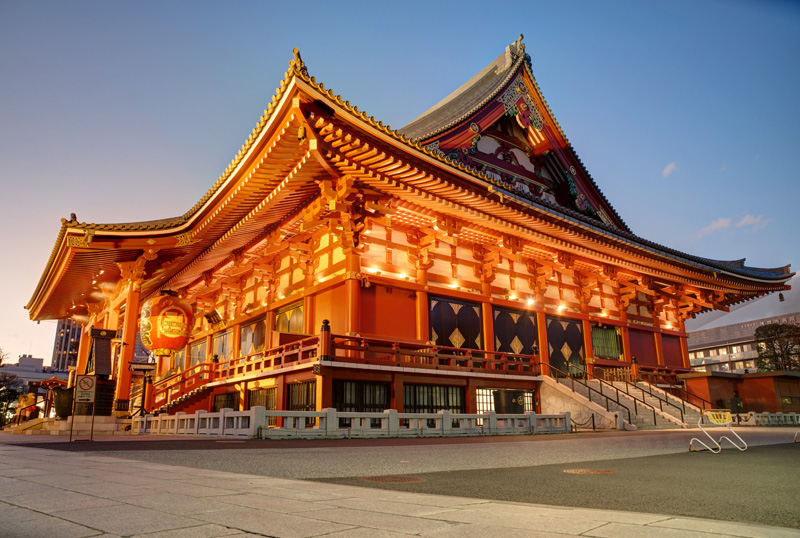 Sensoji Temple is a well-known ancient Buddhist temple situated in the heart of the shitamachi. The temple devotes itself to the bodhisattva Kannon. It is believed that this oldest Tokyo temple was set up during the 7th century. The three fishermen established the temple after catching a small image of the Boddhisatva Kannon in their fishing nets.

One of the key reasons behind the popularity of Sensoji Temple, Japan is its giant red lanterns hanging from the gates and the roof tops. All through the year Japanese as well as the people from across the world come here to visit this sacred place.

There is a series of traditional shops and eateries encircling this temple. These restaurants are quite good and offers local cuisines to all their customers.

kaminari-mon or thunder Gate permits entry to the temple.

While taking about this beautiful temple, it should be mentioned that the Shinto festival (widely-celebrated festival) is held over here in the late spring. Usually this festival can extend up to 4 days. Close to this temple of Tokyo, Japan there is the Asakusa Jinja, Shinto shrine. So come and visit this place if you are having a trip across Tokyo.