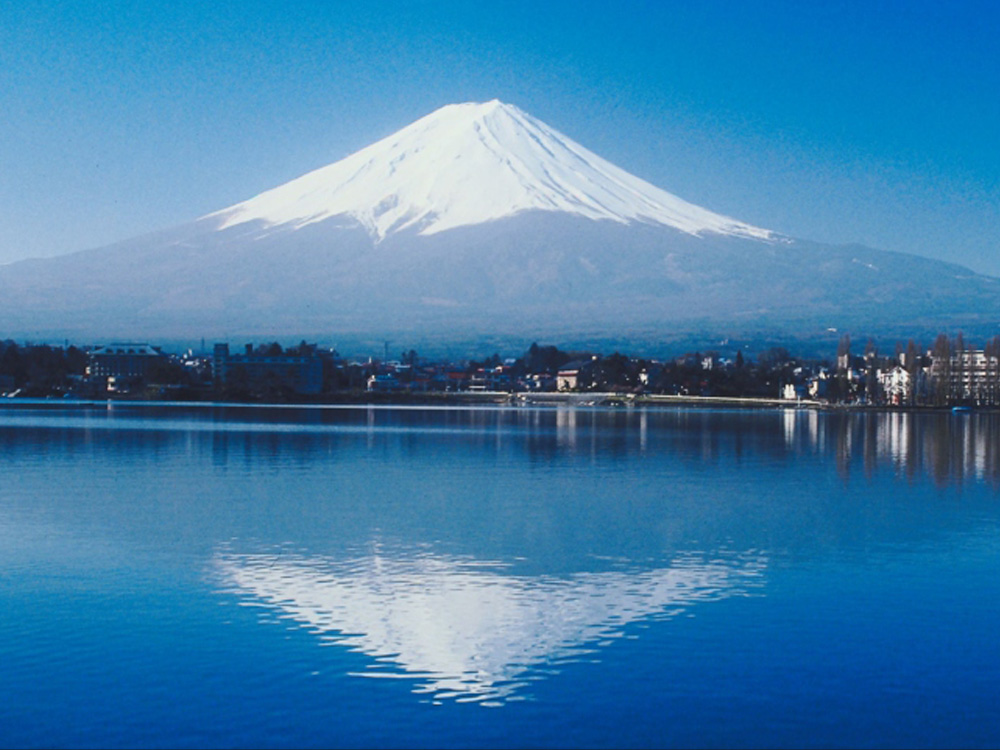 Japan has a unique mélange of ancient culture with modern advancements. It may attract travelers for its picturesque gardens, art, cuisine, and historic sites, but makes them fall in love with the entirety that today defines the nation. Japan has gathered recognition around the world for its business acumen, technological innovations, and traditional art forms like bonsai and origami.

Located to the far east of the earth and close to the International Date Line, Japan is rightfully referred to as the “Land of the Rising Sun.” The country is surrounded by the Pacific Ocean. Its neighboring countries separated by different seas are China, North Korea, and South Korea in the east (separated by the Sea of Japan), Russia in the east and northeast (Sea of Okhotsk), and Taiwan in the south (East China Sea). The archipelago of Japan is best known for its four largest islands – Honshu, Kyushu, Hokkaido, and Shikoku.

The climate in Japan is dependent on its terrain, proximity to the sea, and latitudinal location. The northern areas experience cold winters and cool summers. Winters are long and snowfalls can block certain areas, especially those at high altitudes. The southern areas have hot summers and mild winters. Places by the sea experience a more humid weather. Spring is a favorite time of the year in Japan, when snow begins to melt and cherry blossom trees bloom. The famous poet Kobayashi Issa romanticized the blooming, thus, “What a strange thing! / to be alive / beneath cherry blossoms.”

Japanese language and its different dialects are widely spoken in Japan. Major holidays include New Year, Christmas, and Golden Week, which is between April and May.

Japan is easily accessible by air and sea. Rail and road are the most common modes used for traveling within the country.

By Air: Flight is the most convenient way to reach Japan. International tourists can find numerous airline operators flying to the Narita Airport and Haneda Airport in Tokyo, and the Kansai Airport in Osaka. Fukuoka Airport in Kyushu and Central Japan (or Chubu) Airport near Nagoya are other international airports in the country. Regular flights connect Japan to its neighboring countries of China and Korea. Japan Airlines and All Nippon Airlines are the two major airline companies in the country; however you can also find several international airline operators like AirAsia, American Airlines, British Airways, etc., which operate regular flights as well.

Japan has a large number of airports connecting each part of the country, especially the different islands. You can, therefore, easily find a domestic flight to any island or city you wish to visit.

By Sea: Japan has sea-connections with nearby countries of China, Korea, Russia, and Taiwan. Notable seaports include Fukuoka, Osaka, Kobe, Wakkanai, and Shimonoseki. Travelers should consider the uncertainty of the sea and time of the year while booking their cruises and ferries.

If you wish to ferry to another island in Japan you may find a few options, like between Niigata and Sado-ga-shima, Ōarai and Tomakomai, and Aomori and Hakodate.

By Rail: Railways is the most popular mode of traveling within Japan. The wide network of rail lines has facilitated in the running of a number of private railway operators, like JR and its regional companies. The country, in fact, is renowned for having some of the fastest rail transport services in the world. The Shinkansen or Bullet Trains is considered an attraction for travelers. Apart from this, there are other rail services in selected routes, like the Limited Express or Tokkyu, Ordinary trains or Futsu, Steam Locomotives, and Sleeper Trains. Tourists are advised to plan their rail travel in advance since most trains require reservations and understanding the rail networks in the places one wishes to visit can be complicated. If you wish to frequently use the rail network during your trip, consider buying a Japan Rail Pass (valid only for international tourists). You will although need to choose wisely and consider several options while choosing the right rail pass for yourself.

In addition to intercity rail travels, major urban cities have their own subway trains, like Tokyo, Osaka, Kyoto, Yokohama, and Fukuoka. Day passes are available for select routes within cities. You can use it to discount your traveling while sightseeing.

By Road: Owing to a wide network of bridges across islands in Japan, it is quite convenient for the tourists to travel by road. Highway buses are available for traveling between cities. Bus passes can be used for frequent travels, but they are operator specific. Notable long-distance bus operators include Willer Express, Star Express, and JR Bus Service. There are separate local buses for intra city transport. You can easily find taxis for traveling between and within cities. Expect long traffic jams during office hours and peak seasons, even on the expressways.

Japan’s conservation of its ancient culture and conformity with the modern times has provided the tourists with a large variety of leisure and entertainment options. Apart from sightseeing numerous well-known temples, castles, shrines, churches, and gardens, travelers can embark on an exciting journey through the historical districts like the Samurai Districts of Kakunodate, Matsue, Usuki, etc., traditional merchant districts in Takayama, Uchiko and Narita, and the Geisha Districts of Kyoto and Kanazawa.

If you have kids, must-visit activities include visiting theme parks, aquariums and gardens, and viewing cherry blossoms and fireworks. Famous theme parks in Japan include Universal Studios in Osaka, Disneyland in Tokyo, Tobu World Square in Kinugawa Onsen, and Huis Ten Bosch in Nagasaki. The Aquamarine Fukushima in Iwaki, Epson Aqua Stadium in Tokyo, and Kaiyukan or Osaka Aquarium in Osaka are some of the impressive aquariums in the country.

Among other activities, the ones you must try are meditating in a temple, visiting a sake brewery, bathing at a public bath house, strolling through a colorful red-light area, and watching a Sumo tournament. Women can try wearing a kimono, Japan’s traditional dress. You must also try the distinctive and world-famous Japanese cuisine. There is a wide variety of choices from sushi and sashimi (raw fish preparations) to okonomiyaki (Japanese pancake-style pizza) and tempura (lightly battered and deep-fried vegetables, fish, and shrimp).

Listed below are some of the must-visit destinations in Japan.

There are a number of things to remember while traveling to Japan. 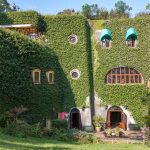 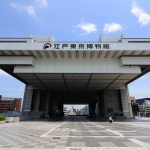 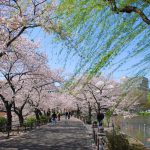 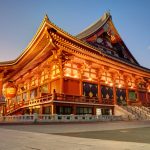 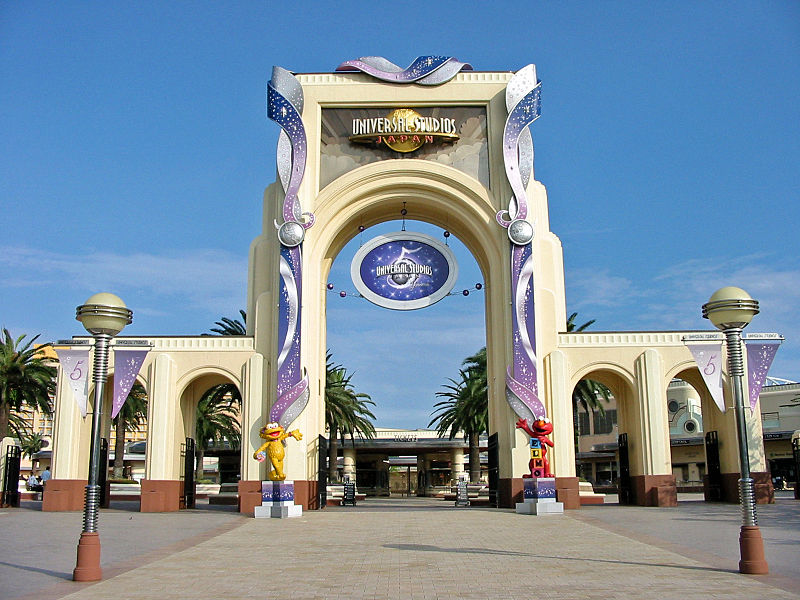 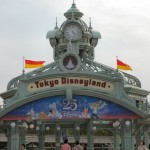 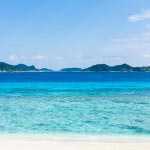 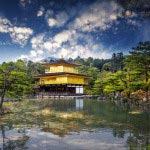