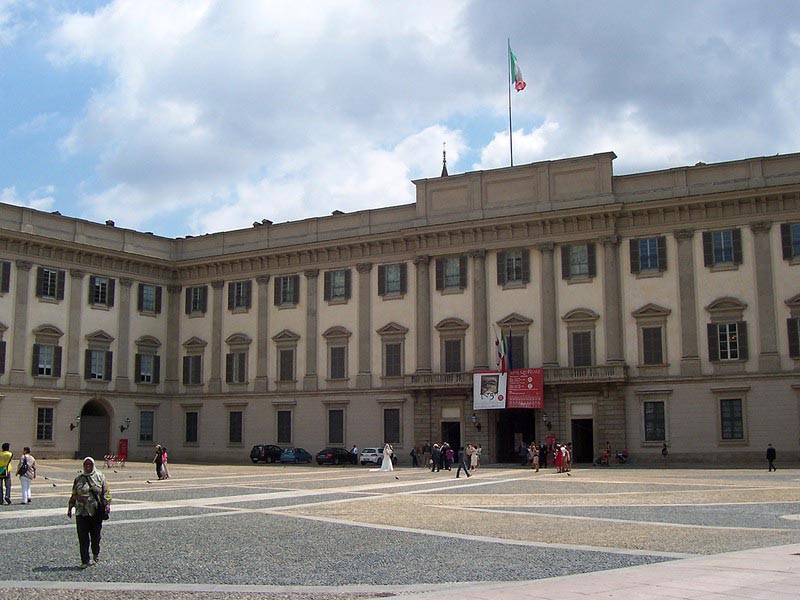 Palazzo Reale (Palazzo Reale di Milano) is one of the most remarkable tourist attractions in Milan, Italy. It is said to have been built during the 1300s by the Visconti family. It saw reconstructions and renovations due to damage suffered during World War II. Several conquerors were also responsible for alterations. The Italian architect Giuseppe Piermarini along with the Viennese-trained architect Leopold Pollack rebuilt it in 1773. One of the most important places in Palazzo Reale is the Hall of Caryatids, located on the first floor of the building. It is built on the site where the Court Theater (old theater) burned in 1776.

In the Middle Ages, the palace served as a seat of the government of Milan. Its importance increased with the rule of the Torriani, Visconti, and Sforza families. Palazzo Reale was opened to the general public in the 1920s when its ownership was handed over to the state.

Presently, the Palazzo Reale is an important place for conducting exhibitions. Over 1,500 chefs-d’oeuvres from the popular museums in the world are displayed in a space of 7,000 square metres. The facade of the building features a neo-classical architectural style.

The Duomo Museum at Palazzo Reale is different from the museum at the Duomo. The exhibits at the Palazzo’s Duomo museum are attractive. You would see a large-sized model of the Duomo itself along with certain treasures, paintings, statues, etc. at the museum. You can learn about the cathedral’s history at the museum. 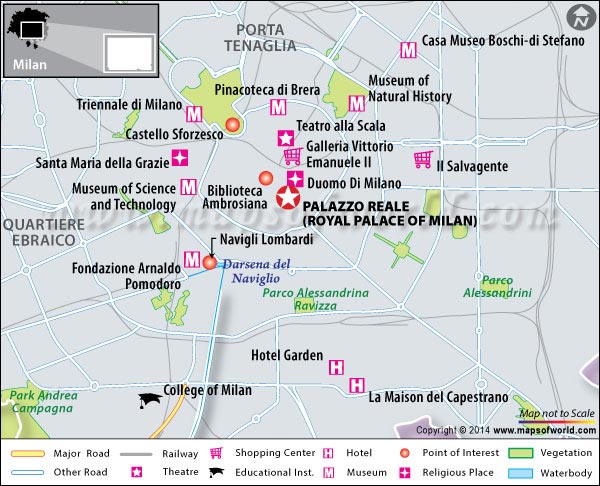 Where is Palazzo Reale (Royal Palace of Milan)?

Situated to the south of the Duomo, the Palazzo Reale can be reached within 20 minutes by car from Milan’s Linate Airport.

The best seasons to visit Milan are spring and fall. You may plan your tour to Palazzo Reale during these seasons.

The Palazzo Reale opens at the following timings:

The entry ticket to the Palazzo Reale costs €9.00 per person.