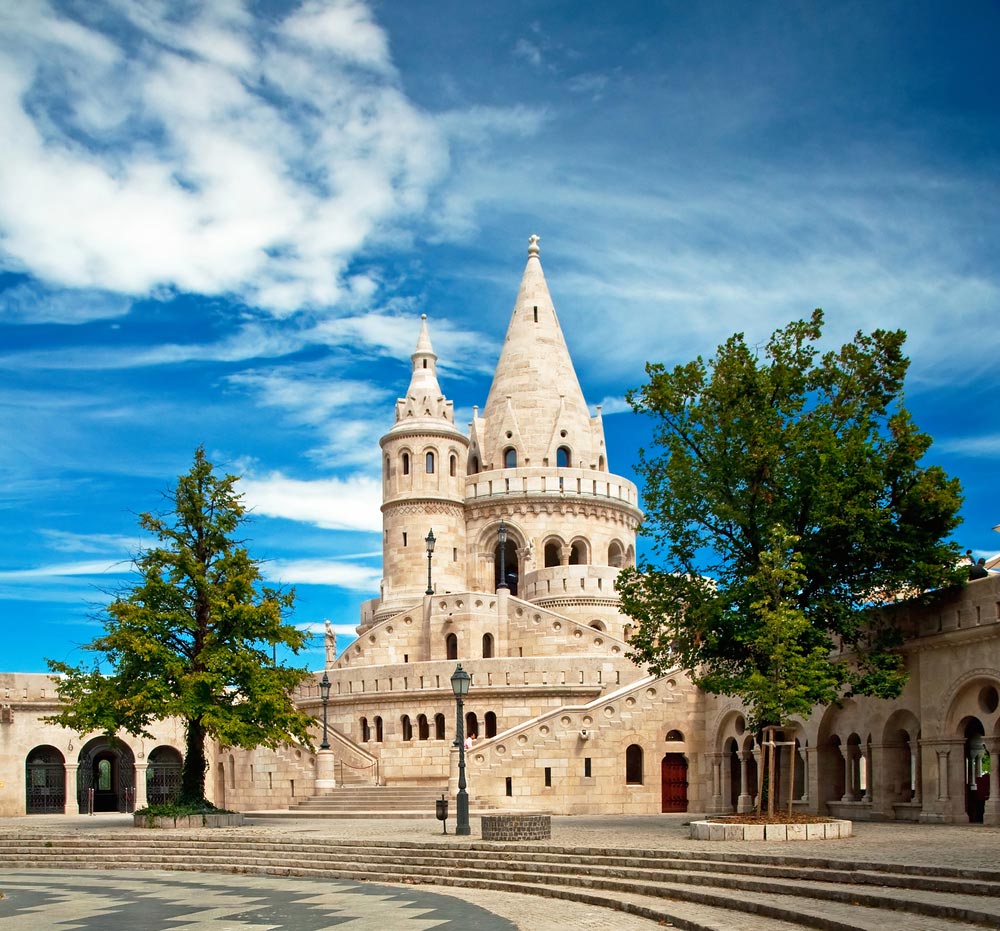 There are many interesting places in Budapest and the Fisherman’s Bastion is one of them. This terrace featuring neo-Gothic and neo-Roman style, is a combination of a vivid landscape and the historical past. People flock in this place to enjoy the scenic views of the city. The Fisherman’s Bastion provides fascinating views of the River Danube. This is one of the famous rivers in this part of the globe. Apart from the river, travelers will also be able to take a look at the Margaret Island.

The Fisherman’s Bastion was created as a part of the developments undertaken to commemorate the 1,000th birthday of the Hungarian state. The walls of the bastion are white in color and there are many windows, arches, stone benches, etc., in the bastion. The bastion is connected with the streets via a massive double stairway, adorned with reliefs of coats-of-arms.

The seven towers of the Fisherman’s Bastion symbolically represent the seven Magyar clans that lived in the Carpathian Basin in 896. The bronze statue of Stephen I of Hungary is a prominent structure set up between the Bastion and the Matthias Church. The statue portrays the first Christian King of Hungary, St. Stephen climbed upon a horse.

The first part of the name Fisherman’s Bastion suggests this place was a town full of fishermen. The main profession of the people here was fishing. Later, it was surrounded by a fortress to secure it from enemy attack. Moreover, at that time there was a fish market here as well. 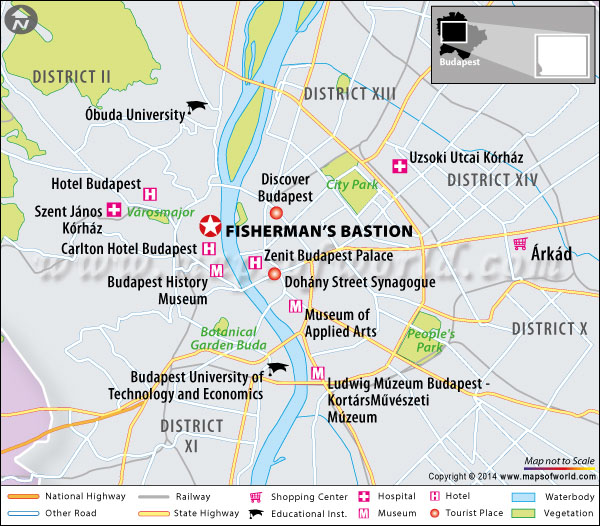 Where is Fisherman's Bastion?

The location of the Fishermen’s Bastion in Budapest is close to the Castle Hill. It takes around a half-an-hour to reach the Fisherman’s Bastion from the Budapest Liszt Ferenc International Airport.

The best time to visit the Fisherman’s Bastion in Budapest is from March to May and September to November when the weather is pleasant and the city is crowd-free.

From 2013 the entry ticket to the Fisherman’s Bastion costs HUF (Hungarian Forint) 700 for adults. Discounted tickets at HUF 350 are available for students and children. Admission of children under 6 years of age is free. The prices are subject to change.