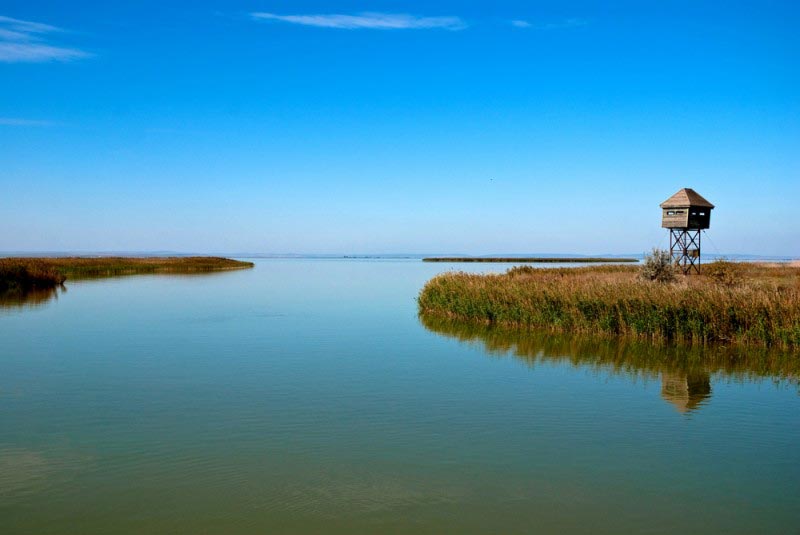 The Danube River’s delta is a natural reserve containing lakes, channels, islands and is home to a variety of wildlife. The Danube Delta is the second largest delta in Europe (after the Volga), as well as the best preserved. The region contains the continent’s largest marshland and a major reed bed.

The Danube Delta is located primarily in Romania, with a bit in Ukraine’s Odessa Oblast. The waters of the Danube flow into the Black Sea. The Danube’s three main distributaries are the Chilia, Sulina, and Sfantul Gheorge (Saint George). The Chilia is the farthest north, and is the longest, strongest, and youngest branch. Sulina is the central branch, and the shortest. Sfântul Gheorge is the southernmost and oldest branch, as well as the least populated region along the Danube.

The Danube Delta Biosphere reserve is a critical habitat that supports a variety of endangered species. The region is notable for over 300 bird species, including the cormorant and Dalmatian pelican, and 90 species of fish living in this wetland ecosystem. Additionally, there is a wide variety of trees, grasses and other flora in the area, including reeds that cover a large area of about 1,700 square kilometers (656 square miles). Other animals taking refuge at the park include mink, wildcats, otter, and monk seal.

Where is Danube Delta?

The Danube Delta is located mostly in Romania, but also partially in Ukraine. The delta is accessible via the port of Sulina or via the city of Tulcea, which is the largest town by the delta, and where there’s a delta visitors’ center. From Tulcea, visitors can take ferries into the delta, and there are also ferries from many of the nearby resorts.

With a continental climate, the Danube Delta region is dry and sunny for much of the year, particularly during summer months which are the best months to visit.