Home / Travel Tips / Top Things to Do in Brasilia

Top Things to Do in Brasilia

Brasilia is Brazil's futuristic capital created out of nothing. There was desert all around with no people, no animal or plants, and the problem of scarcity of water. In the year 1956, the then President, Juscelino Kubitschek, called the best Brazilian architects to propose projects for the creation of the new capital. Oscar Niemeyer, the world famous architect, along with Brazilian urban planner, Lucio Costa, contrived the layout that fused modernity, simplicity, and usefulness. Many official buildings in Brasilia appear innovative. Due to its distinguished architecture, the capital city of Brasilia was designated a UNESCO World Heritage site in 1987.

Some of the top places to visit in this beautiful capital are:

The Brazilian Congress constitutes of the House of the Parliament – the tower in the center, the Chamber of Deputies – a bowl shaped building to the right of the tower, and the seat of the Senate – a dome structure located to the left of the tower. The building of the Congress is situated in the center of the Monumental Axis. There is a huge lawn in front of the main building, where demonstrations take place. 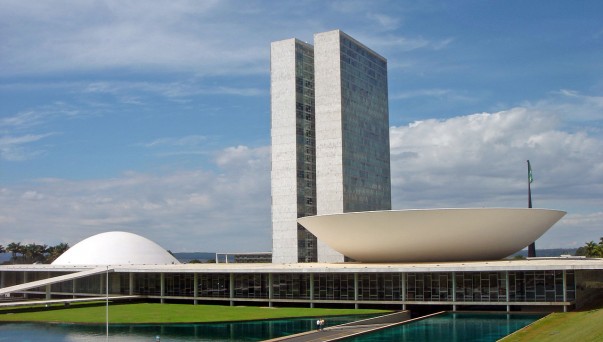 The Palácio do Planalto means the "Palace of the Plateau". It is the functionary office of the president of Brazil. The inauguration ceremony of the palace took place on April 21, 1960. The ramp that connects to the main building is used for ceremonial occasions. Guarded by Independence Dragoons and the Presidential Guard Battalion on alternate turns (rotation in every six months), the Palácio is open for public access on Sundays.

The highest court of law in Brazil, called the Supreme Federal Court, is located in the beautiful city of Brasilia. Just in front of the headquarters if the court, there is a statue of A Justiça created by Alfredo Ceschiatti. The statue shows a blindfolded woman in a seated posture, along with a sword in her hands. 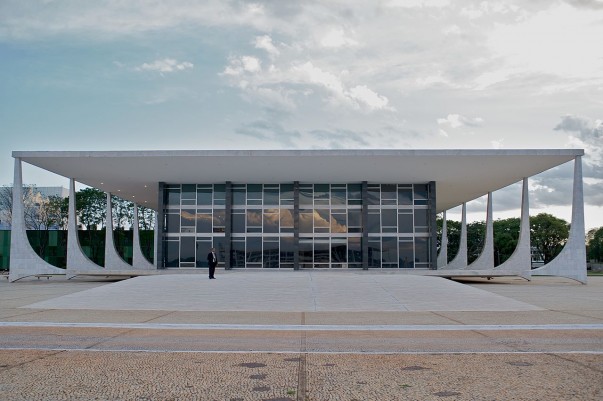 Also Read : Top Things to Do in São Paulo

The Cathedral of Brasilia is the seat of the Archdiocese of Brasília. Featuring a hyperboloid structure, the cathedral's columns resemble two hands moving up towards the sky, as if in prayer. An aesthetic bell tower stands close to the cathedral. Spain donated the four bells of the tower. It is situated next to the National Stadium. The cathedral opens daily, except during the Mass. 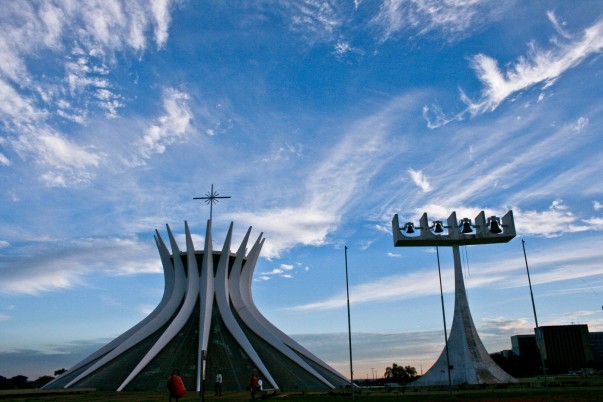 A marvelous example of the contemporary architectural style – the Juscelino Kubitschek Bridge is built over Lake Paranoá. This asymmetric arch-bridge features a suspended deck. The bridge designed by architect Alexandre Chan and structural engineer Mário Vila Verde was recently awarded "Premio Abcem 2003" (ABCEM Award) for the Best Steel Work of the Year, Bridges and Highway Overpasses Category. At night the bridge looks dramatic due to the effect of the lights. 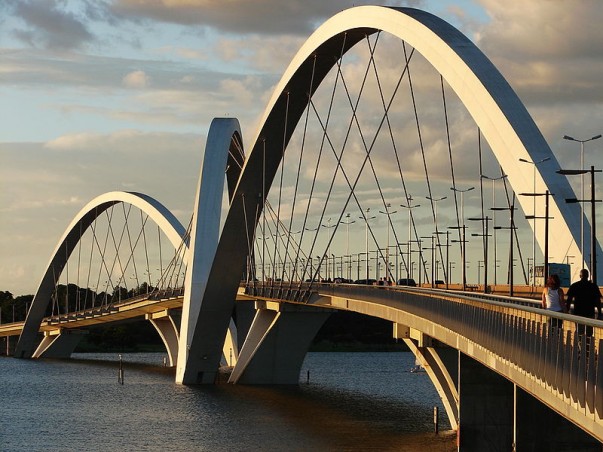