Top 10 Weird Museums In The World

We talked about Top 10 Unusual Restaurants in the World a few days back and we saw that many of our readers liked reading about them. Furthering our journey into the unusual world, we would take you to an online tour of Top 10 Weird Museums in the World. They seem exciting options if you are looking for something weird. To some they may be disturbing. See them at your own risk!

These museums promise oddities at its pinnacle – whether it is about collecting hair, eerie souls purgatory, dead cockroaches dressed as celebrities, or information about the world of the dead, and so on .

Museum of the Holy Souls in Purgatory, Rome

The very first museum in our list is the Museum of the Holy Souls in Purgatory. It is built in spooky room at the back of the Chiesa del Sacro Cuore del Suffragio church situated near the River Tiber in Rome. This frightful place purports to exhibit traces of apparitions who live in Purgatory, a fiery place where people pray for their sins before they are allowed to enter the gates of heaven. Blackened prints of hand on bibles, clothes and tables in this neo-gothic style museum are considered as the signs from the souls trapped in the flaming Purgatory attempting to tell their loved ones to pray for them so that their waiting time to enter heaven gets reduced. There is no official website of the museum. It is open during the church's opening hours.

Museum of Death, US 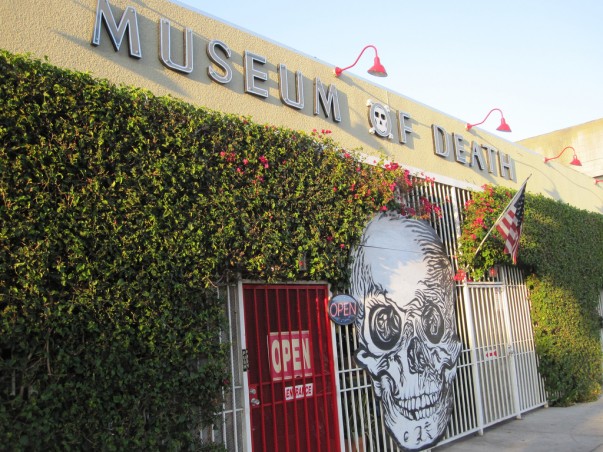 Museum of Death is Creepy!

Hair-raising! Isn't it? Museum of Death! One may feel terribly horror-struck upon hearing this name. Death is the most dreaded and inevitable aspect of the life of mortals. It is extremely hard to bid final adieu to family and friends. Located in Hollywood, Los Angeles, the Museum of Death is based upon on death and related topics. It was established to make people aware about the topic of death. Constructed in June 1995 by J. D. Healy and Catherine Shultz, the museum exhibits serial murderer artwork, execution equipments, coffin collections, photos from several crime scenes, the discerped head of French serial killer Henri Désiré Landru, and a lot more . . . Visit museumofdeath.net for further details.

The very first museum in Russia – The Kunstkamera was constructed by Peter the Great in 1727. This Museum of Anthropology and Ethnography preserves more than 200,000 human fetuses, each of them with a queer genetic mutation. Peter’s cabinet of curiosities designed in Petrine Baroque style building initially evolved to dispel Russian's notion of monsters. The bizarre items put together by the Czar include a decapitated human head, flippers, and creatures with extra heads or limbs, etc. – all preserved in vinegar. For more details, visit kunstkamera.en.

The word 'parasite' evokes fear and disgust. If you are able to conquer both of these emotions, you may plan your visit to the Meguro Parasitological Museum located in Tokyo. This grotesque museum was built by four scientists specializing in parasites. It houses 300 varieties of parasites. One of the parasites at the museum is a 30-foot tapeworm drawn out of an unsuspicious woman who picked it up eating sushi. This may make you think once before eating sushi. The souvenir shop at the museum sells T-shirts with images of parasites, rulers and keyrings with dead specimens of parasites trapped inside. Visit kiseichu.org for more information.

Just like parasites, cockroaches too fill people with a feeling of disgust. The moment you would enter into the Cockroach Hall of Fame & Museum in Texas, your frown would turn into a smile. The museum was constructed by a professional exterminator Michael Bohdan. He wears his roach-lined fedora and takes visitors on a tour of the museum that houses cockroach exhibits such as Marilyn Monroach, Liberoachie, and Ross Peroach. The reason behind the construction of this museum is to educate people about these loathsome creatures and to make them aware how they have survived for more than 350 million years.

Museum of Bad Art, US 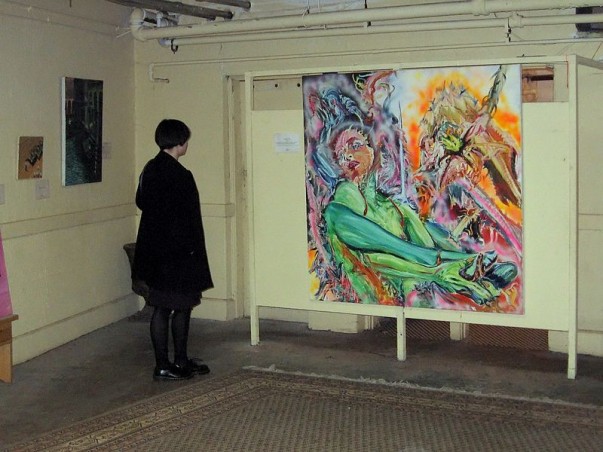 Museum of Bad Art displays art that's too bad to be ignore!

The Museum of Bad Art was established in Massachusetts to exhibit bad art in all forms. The talented artists whose work went lopsided or the artists whose hands couldn't control the brush is exhibited in the museum. If you are trying to find bad artistic creations, you would realize that there is no dearth of them at the Museum of Bad Art. Enter the museum to see out of proportion sketches, jarring colors, poor portraits, and so on . . . If you think that the museum is not worth-visit, then I must say that you would miss a laughing session. Visitors enjoy chucking at the exhibits. To know the visiting hours and other information, visit museumofbadart.org.

Would you mind traveling the underground level? Do you love cartoon character Jerry from the famous "Tom and Jerry" series? Are you fine with the foul smell of the sewage? If your answer is 'Yes!', then you are ready for a journey to the odoriferous tunnels of this unusual Musee Des Egouts De Paris. Inside the tunnels you will see the exhibits that are centered upon the development of Paris’ waste-water disposal system. Entry to the museum is through a rectangular maintenance hole topped with a cubicle. Buy souvenirs from the toy shop that sells toy rats. You must remember that you dared to visit this place. Want to know more? Visit parismuseumpass.com/musee-visite-publique-des-egouts-de-paris-23.htm. 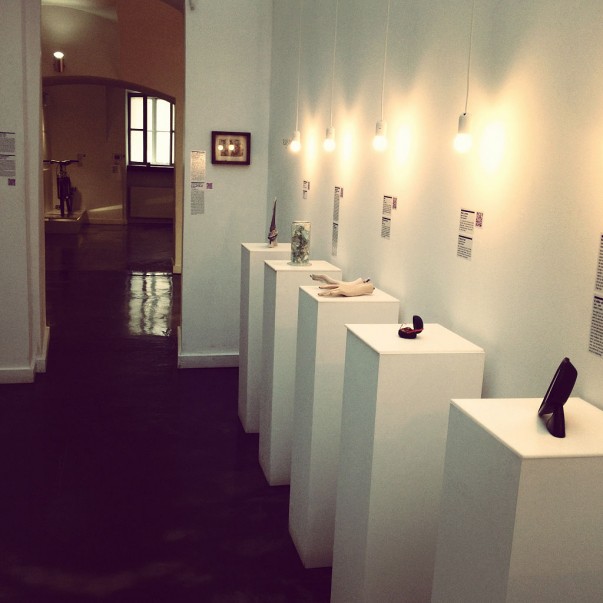 Museum of Broken Relationships is dedicated to failed love relationships

The Museum of Broken Relationships in Croatia reminds me these lines from the famous song 'When you Gone' by Avril Lavigne:

The pieces of my heart are missing you

The face I came to know is missing too

The words I need to hear to always get me through

The day and make it ok

This museum in Zagreb, founded by Olinka Vištica, a film producer, and Dražen Grubišić, a sculptor, exhibits personal objects left by former lovers. The pain of a failed relationship is like the pain of a never-ever healing wound. If your love was true, time and again, you are enveloped by those sweet and sour memories of your ex-relationship. The museum has been awarded the Kenneth Hudson Award for Europe's most innovative museum in 2011. Visit brokenships.com to know more about the museum.

The Museum of Human Disease is weird, yet educational. Located in Sydney, the museum lets visitors investigate diseases and common causes of death. The exhibits at the museum range from real x-rays, bionic implants, the information about the diseases, including the cause of the and effect of these diseases on our bodies to medical tools. This museum increases interest in scientific study. Read more about the museum at medicalsciences.med.unsw.edu.au/community/museum-human-disease/home.

Seems like a work of a freak – the Avanos Hair Museum in the Cappodocian area of Turkey exhibits thousands of hair samples from all female visitors. A pottery center/ guest house established this museum in 1979 when a selection of hair was put as an exhibit. According to the story narrated by locals, a potter asked for some gift from his departing friend. She cut off a piece of her and gave him as a reminder. He hung the hair in his shop and told this story to everyone who visited him. The female visitors started gifting him pieces of their hair after hearing his story. The museum now holds 16,000 samples of hair and has also been listed in the Guinness Book of World Records. There is no official website for this cave-like museum.

If you liked these museums, also take a look at Top 5 Unique Museums in the World.